“You’ve Got to Be Nimble”: Steelworks’ Hannah Byers-Brown on Maintaining Creative Dexterity 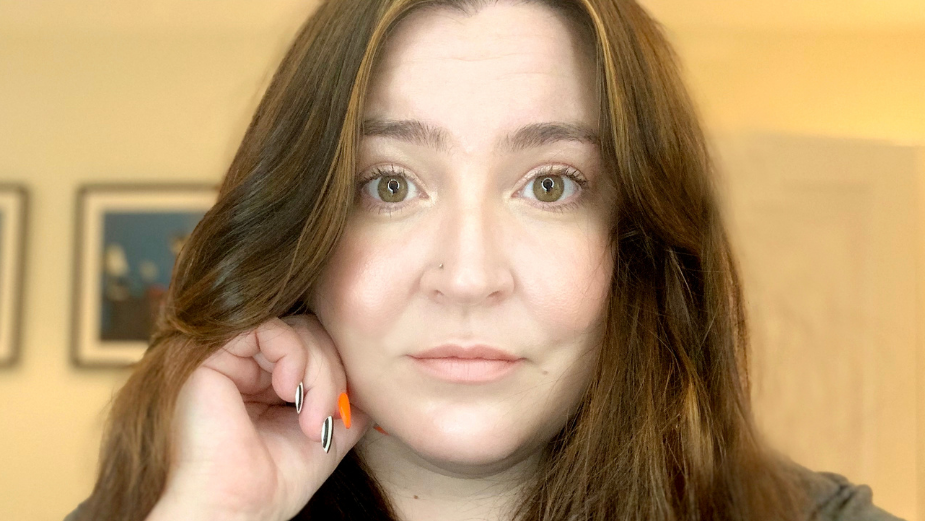 As cliché would have it, creativity appears to be in Hannah Byers-Brown’s blood. Growing up in a family of creatives - Hannah’s father worked on pioneering animations Mars Attacks, Who Framed Roger Rabbit and 101 Dalmatians - has imprinted a long-lasting love of film craft on the producer. “My Dad worked for George Lucas, at Industrial Light & Magic, for most of my childhood,” she explains. “I grew up surrounded by a mentality that encouraged us to gain new knowledge and skills.”
Hungry to discover her own creative calling, Hannah headed to university to study photography, and although this form of camerawork didn't feel like the correct creative avenue to venture down, a decision to pursue a Masters in Film & TV Production at UCLA in 2017 unearthed Hannah’s true calling.
This innate interest in the art of film, in particular animation and CGl, is cultivated in Hannah’s position at Steelworks. When asked how the company has developed since she first started in 2020, she is eager to discuss the impressive growth of the team. “When I first joined Steelworks, it was a very small team. We would do CGI projects, but mainly retouching and post work,” she says. “When I came aboard full time, we started to push the CGI side, putting together a strategy to work out what direction we wanted to go in.”
Steelworks’ team of skilled artists, designers, retouchers, and creative producers embrace new challenges, going up against complex and creative projects, to develop compelling work. Reflecting on the company’s growth, Hannah credits the vision and ambition of CEO, Dominic Giordano. “He has always had big ideas and a good understanding of our competitors,” she explains. “Dom wanted to advance to the same level as our boutique, high-end CGI competitors. Now we’re at a really good place and can decide if the project's right for us, which is exactly where we wanted to get to.”

Taking a somewhat nomadic approach to creative pursuits, Hannah’s ambitions have seen her move around the world, living, working and studying in Edinburgh, LA and London. By exploring production within the photography, fashion, television and advertising worlds, Hannah concluded she fits the producer criteria, acknowledging that the position requires certain personality traits as much as a certain skill set. “The job of a producer is to problem solve,” she explains. “So much of it is instinctual and about understanding what to do in certain situations. Teams look to producers for a sense of calm. For that reason I think some people are just born to do this job.”
A great deal of Hannah’s own ability to follow her instincts comes from experience working on an array of creative briefs for a range of productions across international markets. From network TV shows to global ad campaigns, Hannah is confident she has mastered the most effective ways to problem solve, on set and off. “I’ve learnt a lot through the years... you’ve got to be nimble,” she says. “Once you learn the best way to solve a particular problem, you can tap into this knowledge in the future, and stay six steps ahead of it.”
It quickly becomes clear, speaking to Hannah, that it is not in her nature to stand idly by and wait for opportunities to fall into her lap. Her fierce passion for the craft, paired with an inherent hankering for new knowledge, has resulted in constant exploration beyond the confines of her comfort zone, and helped forge a career on her own terms.
In fact, Hannah’s current position at Steelworks is a prime example of this determination. In early 2020 Hannah sent what she refers to as a “cold email”, seeking freelance opportunities among her contacts in LA. At the time, Steelworks happened to be looking for someone to provide temporary cover for their executive producer, Chago Venable. The two week stint has turned into two years.
Growth in Tandem
Although Hannah originally joined Steelworks as a member of the LA-based team, in view of the mounting covid and Trump chaos in the US, she made the decision to return to the UK. “I was still freelancing for Steelworks when I came back to England, and Dom just kept renewing my contract,” Hannah says. This meant working late nights in order to sync up with her colleagues on the West Coast. “One day Dom asked me how I’d feel about Steelworks opening a UK office and coming aboard full time. I loved everyone I was working with by then, so I was in.”
As Steelworks continues to expand its remit, so too does Hannah. Over the last two years, the company has partnered with huge global brands like Dolby, Oculus, and Casper, for a number of inventive advertising campaigns. The brief provided by luxe homeware brand, Casper, required the Steelworks team to embrace new ways of thinking; luckily, this is something their head of production is an expert in. What came out of the project with Casper was a stunning visual CGI campaign the company is extremely proud of.
“It was an interesting challenge. Originally we were doing a lot of their room renders, which were really lovely pieces, but the animation work challenged us on a creative and production level,” Hannah recalls. “As a result we fine tuned our skills and produced some great creative work.”
“Another great example of this is the Oculus job, which looks so simple, but there are so many elements. We built a mechanicals team to work on the retouching, motion editing, and rotoscoping. Knowing we have learned that stuff feels good as it means we can handle that in the future. The best way to learn is by being thrown into the fire.”
Paired with a natural-born tenacity for the creative process, Hannah’s unwavering commitment to solving problems and seeing a project through to completion is what continues to drive the producer. “We've gotten beautiful work out of these campaigns and I am so excited for us to have achieved this, as it will lead to more exciting projects in the future” she says encouragingly. 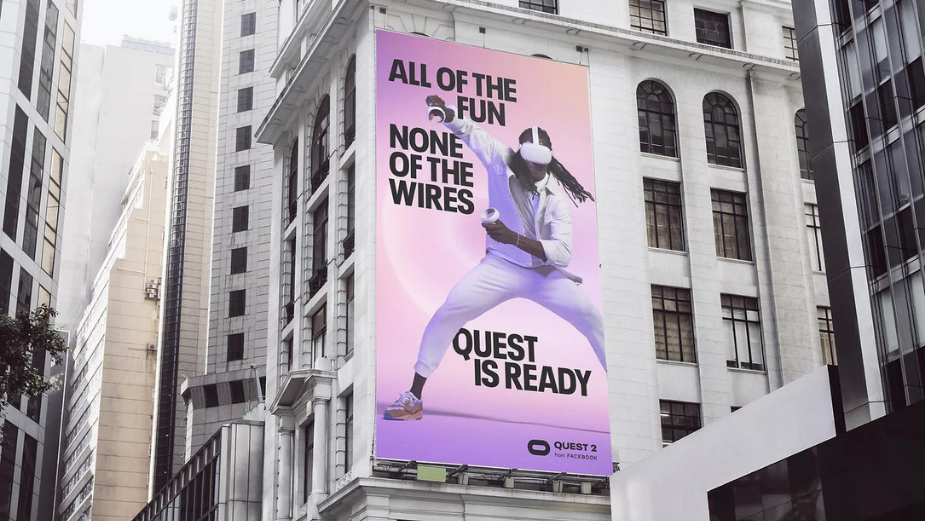 The excitement Hannah harbours for the world of production is infectious, sparking giddy intrigue when she begins discussing Steelworks’ expansion into the UK market.
Originally an American company, the studio now operates across Los Angeles, New York and London, specialising in CGI, motion, animation and post production. One of the main goals Hannah has been working towards since relocating to London is the task of building a UK-based team, with the help of Steelworks’ business development director, Georgina Turner.
Having gained insight into how both the US and UK market operates, Hannah tells LBB she hopes to establish a hybrid mentality for the London team. “We can bring good elements of both working cultures to the table,” she says. Recognising the wide ranging competency of her colleagues, Hannah reveals with great relief that her team are able to get on and do everything without her. “Our entire production team is amazing and I would not be able to function without them. The advertising world moves so fast and there’s always a lot going on, plus the sheer scale of our projects requires a solid team.”
It is fair to say that a lot of change is underway within Steelworks, and would be easy to assume Hannah Byers-Brown may have enough on her plate. In reality, her appetite for creative growth is insatiable: “I have always been someone hungry to learn new things and, since joining Steelworks, there've been so many opportunities to do that. It feels like there is always something exciting on the horizon.”
view more - People 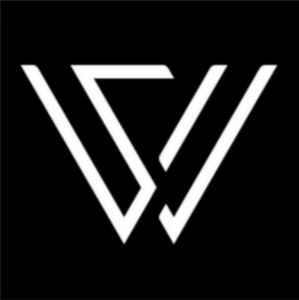 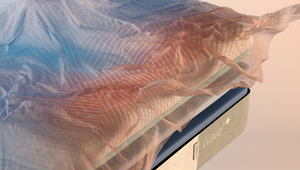 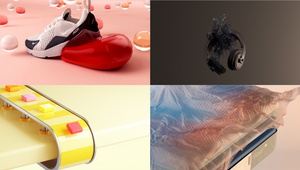 Limitlessness, Flexibility, Strength: The Steelworks Solution To CGI and Animation
View all News 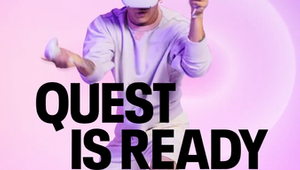 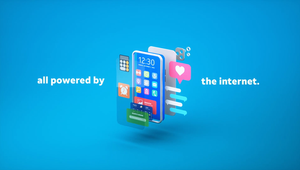 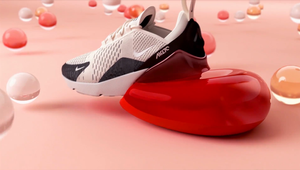 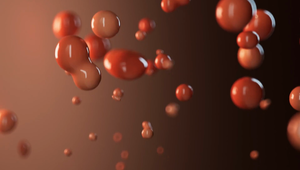