YouTube Star Callux Takes KFC Around the World in 99 Gigs 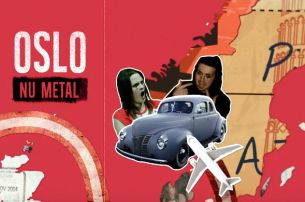 When you buy anything from the 99p snacking menu via KFC’s loyalty app, the ‘Colonel’s Club’, you become a ‘99pVIP’. And once you’re a 99pVIP, there are a host of benefits to be had, from gig tickets to great deals on chicken.

BBH was briefed to promote the snacking menu using the ‘Colonel’s Club’ app, driving and sustaining awareness in the most relevant and cost-effective media channels for 16-24 year olds.

The resulting campaign is based on two key insights; that today’s youth value experiences over material belongings, and that they watch a lot of TV and YouTubers.

BBH sought to take KFC beyond advertising by creating a disruptive entertainment-based promotion for this audience. ‘Around the World in 99 Gigs’ is a YouTube mini-series which follows YouTuber Callux and presenter Charlotte de Carle as they travel to a new destination every week, in the search for the coolest and craziest undiscovered musicians from around the world.

With 11 episodes in 11 different locations - from Sitges to Sofia - the series is set to culminate in one hell of a gig this summer, for which 99p VIPs can be in with a chance of winning tickets.