YouTube and D&AD Partner Up To Launch Next Director Award 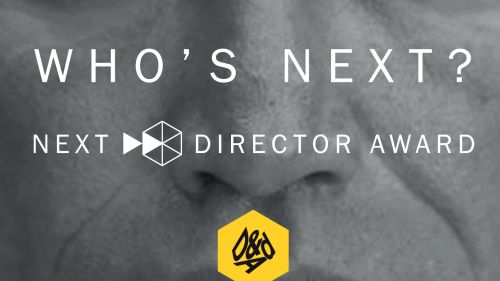 YouTube and D&AD are to launch a brand new award with the aim of discovering and showcasing the next generation of talented directors from around the world.

The Next Director Award (launching 30 April) is open to all aspiring directorial talent of any age, providing they have less than two years film or advertising industry experience as a director.

Designed to bridge the gap between the Professional Awards and New Blood, it marks the first time that D&AD will award non-commercial creative work at the Professional level. New directors will be able to submit any form of film, providing it is no longer than five minutes in length, including short films, music videos, commercials and branded content.

The Next Director Award is launched in partnership with YouTube, the world’s largest video sharing site. Through the award, YouTube aims to help unearth new directorial talent and provide a global platform to gain recognition for their work.

Up for grabs will be invaluable expert mentorship from YouTube and D&AD, ranging from one-on-one sessions with high-profile filmmakers and producers to full agency representation. Winners will also receive a newly designed D&AD Pencil, as well as funding from MOFILM to work on a commissioned brief.

Alison Lomax, Head of Creative Agency Partnerships, YouTube commented, “YouTube is a platform where creators of any size can build an audience and where people can find content they love - from to music, to sport to film. We’re delighted to partner with D&AD to find the next generation of filmmakers and help provide a global stage for new directorial talent to showcase their work.”

Judging the Award will be a cross-section of the industry’s finest, led by D&AD Trustee and Founder of Great Guns, Laura Gregory. Joining her on the jury will be Juliette Larthe (PRETTYBIRD), Phil Tidy (Squire), David Alberts (MOFILM), David Bruno (Google Creative Lab) and Dougal Wilson (Blink Productions). In addition, there will be two further guest judges: Ringan Ledwidge (Rattling Stick) and a second to be announced in the coming weeks.

Laura Gregory, D&AD Trustee, Founder of Great Guns and jury foreman commented, “Nothing excites me more than the discovery of new talent, who challenge the way the established think and perform. D&AD was founded upon a celebration of craft; with content being king, it’s vital to the longevity of our industry that we help bring through the next Ridley Scotts and Jonathan Glazers.

“It’s been so sad to see beloved competitions like Rushes and Virgin Media Shorts having to close, which have been a vital platform for many aspiring directors over the last few years. We hope that the Next Director Award can fill the gap and support new filmmaking talent all around the world.”

The Next Director Award will follow a different format and exist separately to the D&AD Professional Awards. It will be judged three times per year, producing three sets of Nominations. Each set will be showcased as part of MOFILM’s international event calendar throughout 2014 and 2015. Following the third round of judging, a winner will be chosen from all the Nominated entries from that year in May.