You're On a Date with One Direction... What Could Go Wrong? 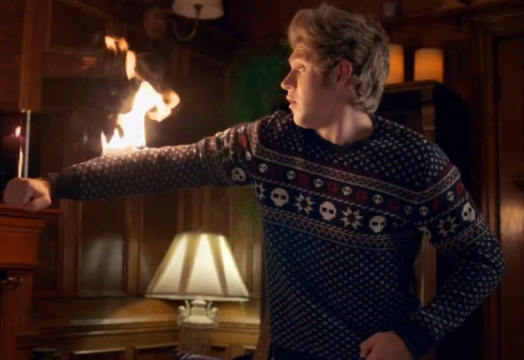 One Direction has released the video for their latest single, ‘Night Changes’, on Vevo this Friday. Directed by Fulwell 73’s Ben Winston, the promo explores how quickly a date can go wrong, covering five dating scenarios with each member of One Direction.

ENVY worked on the post-production for the promo which is shot primarily from a POV angle, giving the viewer a first-person perspective of what it would be like to go on a date with one of the stars.

Each of the dates get off to great starts but they all take a turn for the worse as the night changes, with the teenage-dream scenarios each becoming nightmare situations. Zayn’s trip to a swanky restaurant is brutally ruined as ‘your’ ex arrives, resulting in the singer’s meal being dumped upon his head, whilst Louis’ attempts to impress his date with a classic car is halted by the police.

It’s a catalogue of errors for the band, as Harry takes a tumble on the ice rink, Niall inadvertently sets alight to his jumper in a cosy cottage and poor Liam can’t handle the funfair, causing him to vomit into his date's hat.

ENVY Producer James Trimming, Flame Artist Eileen Chan and Colourist Vicki Matich provided the post work. Vicki comments “It’s another great music video from Ben Winston in which the camera is the POV of each of the boy's dates. The locations definitely had to have a warm and magical feel but it was also important for the band to look real - the audience has to feel like they are really there on the date, so no gimmicky grades. We concentrated on enhancing what was already beautifully shot and worked hard on things like skin tone and continuity.”