Your Shot: W+K London on the Big Arla Brand Re-launch

Behind the Work 581 Add to collection 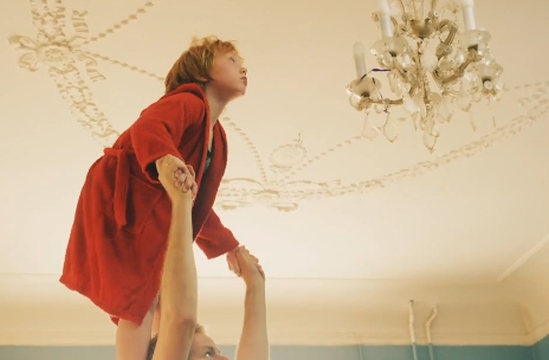 Arla might be a brand that you know incredibly well – or not really at all. But as Wieden+Kennedy London creative directors Larry Seftel and David Day explain, the dairy brand’s quest for good and honest business is reflected in its natural and healthy products. And this new, multi-market campaign from W+K London couldn’t reflect that more honestly. It’s fun, playful and cheeky nature is portrayed in such a real way that you’d be forgiven for thinking you were a kid again getting nagged to eat your pre-school cereal quicker. There’s also a glorious print campaign from Stephanie Congdon Barnes that's the result of thousands of photos of her family and friends. Creative directors Seftel and Day tell LBB’s Addison Capper why working on a brand with that kind of humility is so enjoyable.

LBB> What was the brief like from Arla and what were you thinking when you first saw it?

LS & DD>Arla is a global company, well known in some places and hardly at all in others. They’re a co-operative and they make good healthy products. Neither of those things are simply accidents. They believe there is a good way for business to be done and that is reflected both in their healthy and natural products and the way they’re structured. They wanted consumers, wherever they are, to understand this and to become famous for this idea of ‘natural goodness’.

LBB> What kind of conversations led to 'Let in the goodness' and what was the strategic thinking behind the strap line?

LS & DD> ‘Let in the goodness’ is, at its simplest, a statement about nutrition. The better the stuff you put in, the better the stuff you get out. But it’s also about the moments that happen around simply getting this stuff inside you. It’s goodness for soul as well as goodness for body – something that is matched in the unique role dairy plays in people’s everyday lives.

LBB> I love how natural the film and prints seem - what kind of conversations did you, director Mark Molloy, and photographer Stephanie Congdon Barnes have with the actors to coax those performances out of them?

LS & DD>There’s a lot of shrill advertising around with lots of artifice and lots of over-promising. We wanted to create a completely different environment to reflect the way people really live.  For the print shoot, we chose an amateur photographer and we left her alone with her extended family and friends for a week and then edited the best shots from, literally, thousands. The lines were written to describe the moments she’d captured.

LBB> And what was the actual casting process like? What were you looking for?

LS & DD>We chose Mark Malloy as the director because, although fictional, neither his narratives nor his casting felt that way. A lot of the cast weren’t full-time professionals. They were ‘street cast’ or friends, or friends of friends. Mark just let them improvise around the scenes. The environments themselves were meticulously researched so they looked and felt like real Scandinavian homes.

LBB> It's all very playful - and perhaps a tad rebellious - with its slurping, clinking, touch of nudity, etc. What does that say about Arla as a brand?

LS & DD> We weren’t intentionally rebellious. It’s just the way people actually behave at home with their families around the breakfast table. Based on nothing but our own experience we know that people’s lives are chaotic and often include both nudity and spilt milk. This helps show that Arla understand the way real people live. They’re also not precious about the way their products are eaten just as long as they’re eaten. In other words, they understand their place in people’s lives. We think that kind of humility is very appealing.

LBB> What were the most difficult components during the production of this and how did you overcome the hurdles?

LS & DD> We got a lot done in a short time and a lot of it was unplanned. It’s unusual and challenging not to have a greater degree of control over a shoot.