Your Shot: Wieden+Kennedy London on Firing Honda into Orbit

Behind the Work 670 Add to collection 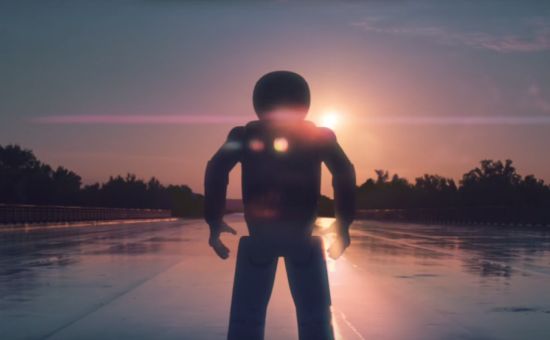 Wieden+Kennedy London has taken Honda to stratospheric levels. To promote the brand’s bumper 2015 (it’s set for a return to Formula 1 and to launch its first ever jet) the crew at Wieden+Kennedy conjured ‘Ignition’, a scintillating spot that unites Honda’s flagship fleet as one giant spacecraft. This nod to space-flight, and ultimately one of mankind’s greatest feats, was inspired by Honda’s daring past. LBB’s Addison Capper chatted with Wieden+Kennedy London creative director Scott Dungate about bringing the spot to life.

LBB> It’s a big year for Honda with the launch of its jet and return to Formula 1. What was your starting point to compiling all of this into one rounded campaign? What inspired the astronomical theme?

When you dig deep into Honda, you see that the company was founded on a ‘challenging spirit’. Human endeavour runs through everything they approach as they take on some pretty big engineering challenges. Humanoid robotics, to super cars, to jet aviation. These aren’t easy things to invest time, effort and money.

We wanted something iconic that could unify these different engineering pursuits as one collective ambition. Showing the fleet as a rocket felt like it could achieve this, and give us scope to tell an entertaining story that Honda fan boys and a wider audience could both enjoy.

LBB> There’s quite a big focus on heritage - how was it looking back into the Honda archives? What kind of research did you have to do?

SD> It’s always great working with companies that have a rich past. At W+K London we’ve worked on Honda for many years so we know their history quite well. Honda has some great stories and we try to weave those in where we can. Not everyone notices them of course, but for fans that do, they really enjoy it.

LBB> It’s all pretty epic but quite emotive at the same time! One shot that sticks in my mind is the little look between the dad and the son… such a lovely moment. How did you go about balancing that sense of scale with the emotion of the campaign?

SD> While ‘the metal’ and the rocket was important, we wanted the people inside the car to feel like real characters, with real relationships with one another. In casting we spent a lot of time searching for the right face and look for each driver. Inside the vehicles we tried to create little cocooned worlds, insulated from the maelstrom outside. Sound design and performance of the actors came together here to try and convey the right emotion for each car. For example in H-RV we wanted a sense of nostalgic family adventure, whereas NSX we wanted to create a more poignant moment with the driver reflecting on a picture of Senna’s old NSX, with the voice of the great man himself drifting in as the music builds.

LBB> The cinematography is stunning… how much of it was captured in camera? What inspired the overall look of the film? Where did you shoot?

SD> A lot was captured in camera, and for things that were comped together we shot a lot of reference, like smoke plates and models for NSX and ASIMO. This helped make sure the lighting was consistent even when we completed rebuilt things in CGI. The overall look of the film drew heavily on both space films and actual NASA rocket launch footage. In terms of cinematography we were inspired by Kubrick, and used the rotating 360 camera head to help convey the idea that the fleet were becoming more upright as the film went into the final countdown. The grade we went with is a kind of a ‘70s sci-fi look, pinks and blues, shot at dawn, symbolic of a new start for Honda.

In terms of location we shot Ignition on an abandoned bridge in Kiev. It was a great location, complete with the sun rising almost dead in the centre of the bridge.

LBB> And why was director Aoife McArdle the perfect fit?

SD> Aoife was brilliant to work with. She really understood the ambition of the project from the start, and kept up momentum throughout the shoot and post production. She has a great eye for casting and creating believable characters, but is also great at the more technical aspects of post. Aoife also really geeked out on the space travel theme – turns out she’s quite the sci-fi fan.

LBB> I love the music choice - can you tell us a bit about that?

SD> Working with Factory and Siren, we tried a number of tracks and sound design on the film. In the end we liked the classical music mixed with synth, church organ and sound design to really ramp up the second half of the film as we pushed towards countdown. We chose music that was recorded on the Voyager Probe as a little nod to space exploration.

SD> The biggest challenge with Ignition was to create a sense of movement to what is essentially a fleet of vehicles parked on an abandoned bridge. We wanted the ‘Honda rocket’ to be bursting with energy and power, like it was about to take off. To achieve this it took a big team effort to pull things together under Aoife’s eye. Cinematography, special effects, edit, sound, and a substantial amount of post from The Mill, all had to come together. Thankfully, everyone pulled together in the same direction.

Read more about the new Honda campaign here.
view more - Behind the Work