Your Shot: Why Gillette India Challenged Toxic Masculinity with a Dramatic True Story 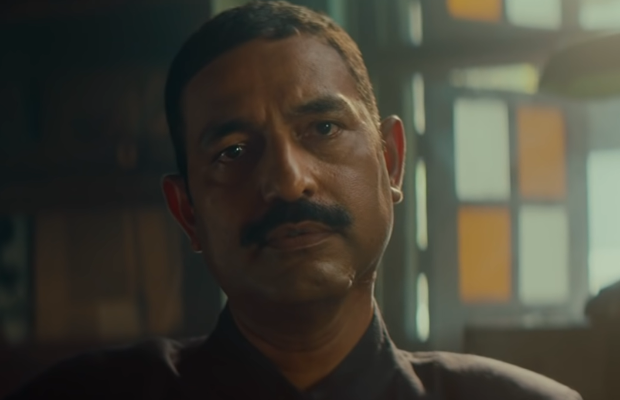 At this point, the Gillette brand is no stranger to the masculinity debate. Earlier in the year, their ‘The Best Men Can Be’ short from Grey New York drew praise in the UK and US for changing the narrative around masculinity, as well as confronting its more toxic elements.

In India, the brand has told a similar story - but in a powerfully different way. To show men that “it's OK to cry”, Grey India has collaborated with Lt Col Manoj Kumar Sinha, SM (Retd), for their campaign ‘Man Enough’.

In the film, the retired soldier emotionally recounts the story of how he was nearly killed after being shot while on duty. Fearing that his father would think him less of a man, he attempts to refrain from crying as he lies in his recovery bed; only for his father to burst into tears when he visits his son in hospital.

Launched in India on International Men’s Day 2019, the campaign has sparked a huge debate in India, where stereotypes of masculinity are deeply ingrained.

To go behind the scenes of this powerful film and campaign, LBB’s Adam Bennett spoke to Grey India’s chief creative officer, Sandipan Bhattacharyya.

LBB> Congratulations on a great campaign! Why did you want to run a campaign like this to coincide with International Men's Day?

Sandipan> As one of the world's most influential male brands, Gillette feels it has a responsibility towards changing outdated and skewed notions of masculinity for the next generation of men. We thought International Men's Day is the right moment to start a conversation around this and get men to rethink and reset.

LBB> Lt Col Manoj Kumar Sinha's story is very emotional - how did he come to be involved in this campaign?

Sandipan> It was around two years ago that Lt Col Sinha wrote to us about his bullet wound and the extended scar that he was left with. After eight months of surgery and rehabilitation, the only razor that he could use over his scar was a Mach3. While he thought his story was a great endorsement of the product's superiority, we wanted to dig deeper into his life and how this incident had changed him as a person. It took months of freewheeling conversations with him to get to something deeply personal and meaningful - his relationship with his dad, before, during and after the incident. That's when we knew we'd hit upon something that could be a powerful message around one of the most enduring stereotypes of masculinity.

LBB> How ingrained in Indian culture is the traditional concept of 'manliness'? And has this been changing in recent times?

Sandipan> I think there's tremendous pressure on young boys in India to conform to the traditional notions of masculinity that are very deeply ingrained. To add to that, men are not supposed to be very expressive, and most boys grow up seeing their dads and uncles as 'tough emotionless rocks' who never display their vulnerabilities and pain. As in a lot of ancient cultures, the binary mindset and rigid gender roles and behaviours make it even worse. Normalising something so complex and so culturally deep-rooted isn't easy, but we need to start that conversation and present newer role models for these young boys, so they can liberate themselves from outdated notions of masculinity.

LBB> How have you found the reaction to the campaign?

Sandipan> The reaction has been unprecedented in terms of campaign popularity and the conversation that it has generated so far. Over 40 million views on YouTube alone, that too in just a week! It has already urged celebrities and eminent thought leaders to share their personal stories, it has triggered a debate on national television on why men can't cry without being judged, and the conversation is growing.

LBB> What was the biggest challenge and how did you overcome it?

Sandipan> Perhaps the biggest challenge was in crafting the narrative. As a storytelling technique, we wanted to link two defining moments in the protagonist's life that are 25 years apart - where the first one shapes the stereotype in him and the second one breaks it down. To achieve that we had to understand his early years, get into specific incidents during his childhood and correlate them to the painfully long eight months he spent on a hospital bed.