Your Shot: Why BMW Placed Ultra-Luxury Vehicles on Toronto Driveways 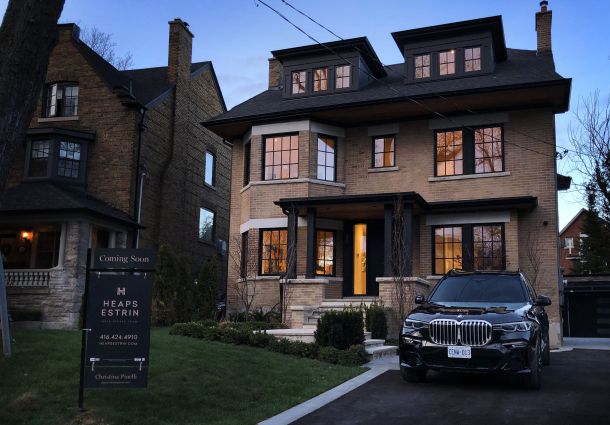 BMW's ultra-luxury car offering has been steadily expanding in recent years but with that comes a unique quandary. Ultra-luxury items are only purchased by quite a small, specific and unique group - a group that's time-poor, hates to be advertised to and might even delegate purchasing duties to someone else.

To drum Canadian interest in BMW's highest end vehicles, FCB recently collaborated with The Heaps Estrin Real Estate Team, a leading luxury Toronto real estate company. The initiative involved BMW placing its vehicles in the driveways of some of the city's most exclusive listings to further elevate homes that are so lusted after. It was also fuelled by research that indicated that a house is the largest purchase most Canadians make followed closely by their vehicle. Furthermore, 33% of Canadian luxury vehicle purchase decisions are triggered by a new home purchase.

LBB's Addison Capper chatted with FCB Canada director of strategy Paul Hanlon about the unique challenges that come with advertising to the luxury sector.

LBB> What kind of brief did BMW initially present you with that led to this campaign?

Paul> BMW Canada wanted us to bring more high-net worth individuals into the brand. The problem is, this is an audience that’s hard to reach with mainstream media tactics and that spends less time researching their next car than most people.

It’s a particularly important growth audience for BMW as their ultra-luxury offering has been expanding in the past two years with new models like the first-ever X7, the electric-powered i8 Roadster and the high-performance M5 Competition. In order to sell these ultra-luxurious cars, we needed a way to communicate with our target in a way that wouldn’t feel like a traditional advertisement. So we set out to reach them where we knew they were.

LBB> What kind of research led to the campaign? Where did you make the connection between the homes and the vehicles?

Paul> Through Google and Ipsos’ Think Auto research, we learned that most new car purchases are driven by a big life change like getting a new home. And this is especially true among luxury buyers. We wanted to get an on-the-ground perspective on this so we started talking to real estate agents who revealed another interesting insight into that home-buying moment. We found that agents were offering new luxury buyers the use of a luxury vehicle to tour new homes. So we have this audience that is likely to want a new car because they’re going through a life change, and they’re already being primed to be thinking about a beautiful, luxury car that isn’t theirs. We knew that communicating with these HNWIs (high-net-worth individuals) during the home buying process could provide us with a platform and opportunity to showcase our newest products without feeling like a traditional advertisement or communication piece.

We also found a study led by Avis Rental Car from the United Kingdom which suggested that having a luxury car in the driveway of a home that’s for sale helps create a positive image of the home and surrounding community. By using the home buying journey to interject our cars into online listings, social media posts and targeted media ads, we were able to connect the home and automotive buying journeys for customers in the Greater Toronto Area. 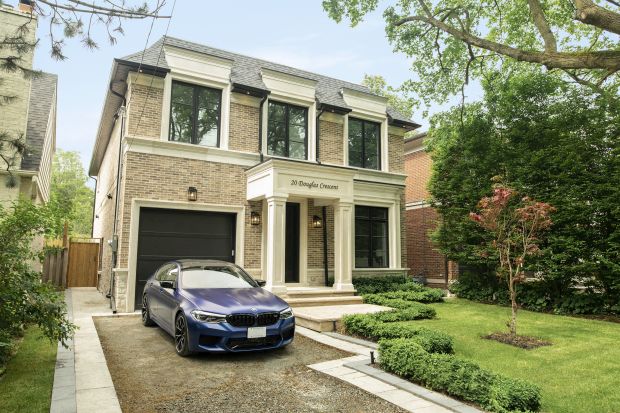 LBB> And what was it about this particular real estate company that made it suitable to partner with?

Paul> The Heaps Estrin Real Estate Team is a member of Royal LePage, and focuses on high-end home sales in the Toronto area. They are consistently ranked the number one real estate firm in the city. They are a group that know our audience extremely well because they’re building a relationship with them every day.

LBB> How did the campaign work logistically? How long did it run for and when?

Paul> The pilot ran from April – July 2019 with several Heaps Estrin Real Estate Team homes for sale ranging from $2.9 million to $5.9 million in some of Toronto’s most sought-after neighbourhoods. Each home featured one of three of BMW’s highest end luxury vehicles, including the BMW X7, the electric BMW i8 Roadster, and a high-performance luxury model, the BMW M5. The vehicles have been featured in digital home listings and are also made available for use as part of the exterior staging for open house events. 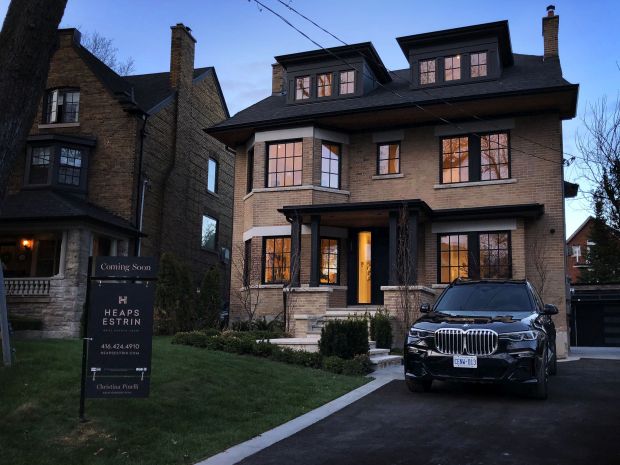 LBB> How does working in the luxury sector like this differ from broader consumer projects? How do you have to alter your approach and strategy?

Paul> This is an audience that wants personal, easy service and really doesn’t want to be sold to. In fact, for several facets of their life they’re likely to let someone else take care of purchase details. When you have an audience that is looking for streamlined and great service, that’s what you need to deliver. You need to make sure that the introduction to your product is as premium and frictionless as the product itself. And it’s often difficult to effectively reach this target audience with traditional advertising or media strategies. People who are very strapped for time can’t dedicate the required effort to buying a new luxury car. With the data from Google Think Auto in mind, we leveraged the luxury home buying journey to communicate our lineup of luxury vehicles to customers in the market for a new home and car. Our strategy was to go to them wherever they were in their journey rather than force them into one. 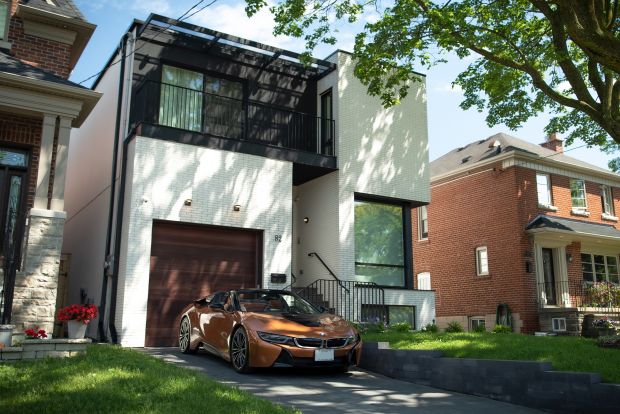 LBB> I guess it has to be more targeted and nuanced because it's quite a small group of people that you are speaking to - what kind of challenges and / or benefits does that offer to you from a strategic standpoint?

Paul> Well the challenge is definitely in finding the moments and places where you can be confident you’ll make an impact. This audience has just as many possible touchpoints as a mainstream audience, but as you pointed out there are far fewer people in this group. Any activation you commit to has to be well-considered and requires a greater amount of certainty that you’ll be noticed. We knew – for instance – that during the homebuying process people spend a lot of time flipping through carousels of images in online home listings. If we could just make one change to the expectations of that experience, maybe they’ll pause and look a little longer. Having a beautiful new luxury car in the driveway is not a standard part of those types of images, so we felt we could really stand out.

LBB>  The campaign launched earlier this summer - what kind of results did you see?

Paul> Digital marketing efforts associated with this pilot program have helped decrease the typical cost-per-lead by 56% for the vehicle class. 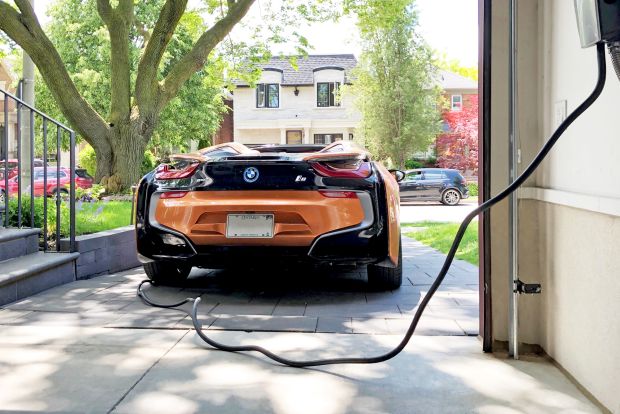 Paul> The first big consideration in coordinating this campaign was finding the right home listings - listings where our vehicles could be noticed but also not get in the way of the overall home-buying experience. We knew we wouldn’t be the main attraction for somebody looking for a home, but we could be an incredible supporting player that grabs their eye. We needed to choose home listings where we felt we had the best chance of that happening, and working with a partner like Heaps Estrin made that a lot easier. They got what we were looking for and helped us find the perfect driveways.

The other big challenge was ensuring we could make an impact with a tight budget. And that’s where location-based targeting really made sense to us. It ensured we could find an audience that was exactly the type of person we were looking for with a neighbourhood-specific message that would grab their attention.

Paul> This work is just getting started. It’s proven to us that finding smaller, more meaningful moments where we need to connect with new drivers is possible. So we hope to uncover a lot more.

CM
view more - Behind the Work 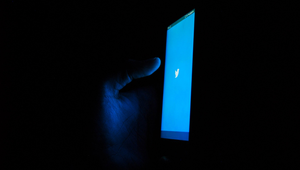 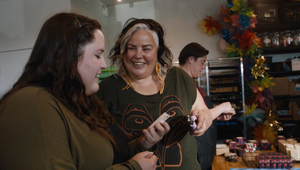 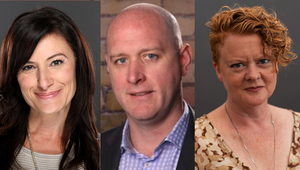 Creative and Strategy: Two Sides of the Same Coin for FCB Canada
View all News 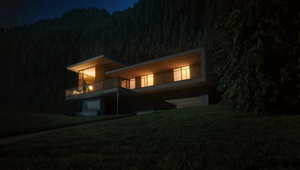 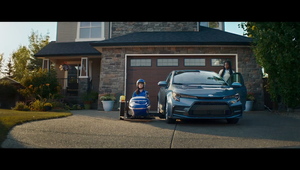 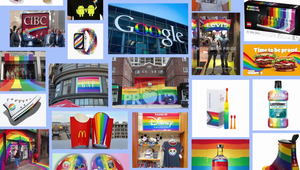 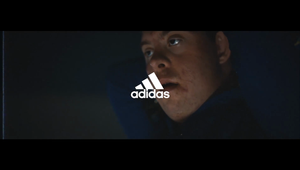