Your Shot: Which? ‘Unmutes’ Britain with Jakwob & George The Poet

Behind the Work 195 Add to collection 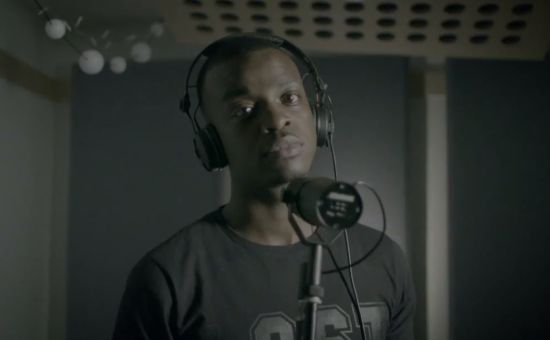 One month ago VCCP and Which? launched a petition with a twist. #UNMUTEUK’s aim was to get the UK government to take the public seriously and act upon the public services concerns they have. The only thing standing in their way was the  50,000 signatures they needed to get. But a hidden, exclusively-produced track by producer Jakwob and spoken-word artist George The Poet that wouldn’t be released until the petition hit 50,000 gave the public - notably the younger demographic – a much-needed nudge to engage in serious, public issues. LBB’s Addison found out more.

LBB> It’s an unusual approach to convince people to sign a petition - why did this brief from Which? conjure up something special?

VCCP> ‘Voicelessness’ and frustration are what people feel when their voices are not heard in public services. We wanted to provide a creative solution that explored those themes. People are bombarded with petitions and charity sign-ups all the time, so by muting two artists, we produced a rallying cry people could really get behind and also give an extra incentive to take part.

LBB> It covers quite a grown up topic with a very youthful approach. Were you aiming for that demographic? If so, why is that generation important for Which? to reach?

VCCP> Which? had some specific aims for the campaign; to reach new audiences, to drive petition sign-ups and raise their campaigning profile. Which? had already targeted a number of their existing supporters, therefore it was important we looked beyond their usual supporter base. Young people are used to being unheard and are actually fed up of it, so it was important for us to involve them in this campaign. The campaign also resonated with a wider family audience, including some active ‘mummy bloggers’, who seemed more grounded in emotion and were willing to get involved in a campaign that would make a difference.

LBB> There was a real focus on social media with the campaign - we actually saw it as a sponsored post on Reddit first. What was the strategic thinking behind that?

VCCP> Given our audience and the nature of the campaign (a digital petition), the focus was on social driving engagement – it was a pretty crucial element from the start. We needed to get this in front of a demographic that is receptive to exciting and innovative digital content and is more comfortable tweeting and sharing pictures on Instagram than it is reading an email, newsletter or even print media. However, we also wanted to ensure we reached the family audience. A combination of social broadcast supported by paid activity (such as sponsored tweets), social outreach (tweeting at individuals), and blogger outreach, meant that we could be really focused on who we were speaking to and what we were saying to them.

LBB> Why were Jakwob and George the Poet the perfect people to envelop the campaign message?

VCCP> Jakwob and George allowed us to reach a much younger demographic and, hopefully, open doors for Which? among this audience in the future. George is a spoken word artist, already politically active in terms of social issues. It was important for us to mute someone who is ‘outspoken’. Jakwob is a British producer and DJ who has mixed a range of artists including Ellie Goulding and Lilly Allen. This was the first time they have come together to produce a track, so they were the perfect fit for this project.

LBB> What kind of brief did you give them around the writing of the song?

VCCP> We tried not to be too prescriptive in our approach, otherwise the final track would have felt forced. Credibility is a precious resource with these kinds of partnerships and anything that smacks too heavily of a brand would have been fatal. Instead we gave George and Jakwob an open brief on the theme of ‘voicelessness’ and the frustration.

LBB> What were the trickiest components of the campaign and how did you overcome them?

VCCP> Young people haven’t always experienced problems with public services first hand. We wanted this campaign to resonate with a younger audience, so we made use of some of the best and worst testimonials for tweets and Facebook posts to add more emotion. In addition, we worked with a number of bloggers who shared their own experiences. Adding a level of real-life context meant that the public could relate to the issues that we were highlighting.

LBB> Now the track is ‘unmuted’ what can we look forward to from Which?

VCCP> Which? is calling for the public service complaints process to be improved so that healthcare, education or social care complaints trigger investigations when things go wrong. Which? will then be taking the 50,000 signatures, along with the evidence collected through the campaign, to Ministers in coming weeks.

For future Which? campaigns, Which?  will continue to work on issues that matter most to consumers and to think outside the normal tactics utilised by charities to mobilise support.