Behind the Work 826 Add to collection 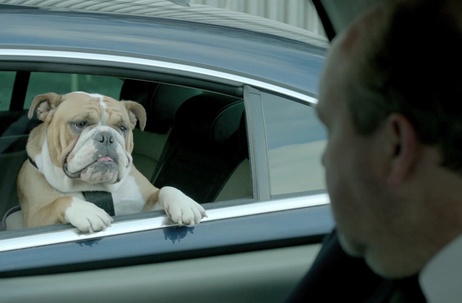 We’re dog lovers here at LBB, but the thought of shooting and directing 36 mutts across multiple British locations and cramming it all into four days sounds a bit like a shaggy dog story. But, when tasked with creating the first ‘range’ campaign for Volkswagen, the team at adam&eveDDB thought it sounded like a nice idea. After all you need is a truck full of tempting dog treats? The result is this 60-seconds of slobbery fun featuring the best of man’s best friend. And some cars. adam&eveDDB Business Director, Paul Billingsley, gave LBB’s Addison Capper the low down.

LBB> What was the brief like from Volkswagen and what were your initial thoughts when you initially saw it?

PB> Daunting… but a brilliant challenge to be taken on. As the first ‘range’ brief the focus was different and much broader to that of a campaign focusing on a single benefit or model.

LBB> This isn't the first time Volkswagen has used dogs in its campaigns - why do you think the link works?

PB> Dogs are a brilliant vehicle for demonstrating traits, qualities and insights, which allowed us to tell a story in a way that feels engaging and different each time. And of course, they’re very lovable.

LBB> How did you go about 'casting' the dogs and choosing which breeds to assign to each car model?

PB> We took a long time scoping out the different personalities of the different dogs and then ‘mapping’ them against the ‘personalities’ of each of the cars and their respective drivers. Some dog casting was inherent and blindingly obvious, other casting was the subject of fierce debate. All the dogs were selected by a specialist ‘dog wrangler’, who made sure all our dogs were loved, happy and healthy throughout the shoot.

LBB> Why was Stink’s Ivan Zacharias the right person to direct the spot and what did he bring to the final production?

PB> We have a longstanding relationship with Ivan on VW – he always brings a fresh approach to any film. He’s a dog lover and fell in love with the idea and script immediately.

LBB> What was the shoot like as a whole and where did it take place?

PB> The shoot was four days long and took place in different locations in the UK. Predominantly in Wales, but also in cities and towns over the country, including Manchester. We covered a huge amount of road, scenes, dogs and cars, in a relatively short period of time.

LBB> How long did it take to fully develop the concept and what were the key challenges you faced?

LBB> This is the first 'range' campaign that adam&eveDDB has created for Volkswagen - strategically why was now the right time for a project of this kind? And what do you think it will gain for Volkswagen as a brand?

PB> Volkswagen's range of cars in 2013 is as large and diverse as it has ever been. No other manufacturer has such a comprehensive range of models, so strategically it's a great time to remind people that regardless of what they are looking for in a car, there is most likely a Volkswagen thatmeets their needs. Volkswagen literally translates as 'the people's car' and this campaign serves as a potent reminder that no other manufacturer is as committed to designing cars around people (of all shapes and sizes!).