Behind the Work 888 Add to collection 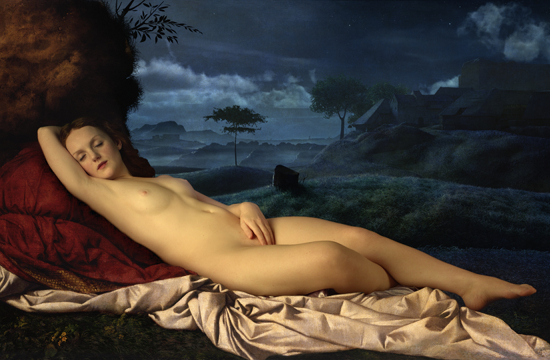 Artists Rob and Nick Carter have sent art critics into a spin with their project ‘Transforming’. Classic paintings, which have been trapped in two dimensions for centuries, have been set free as three dimensional, living, breathing entities in this ambitious collaboration with MPC. Jake Mengers, Creative Director 3D Advertising at MPC, talks Addison Capper through the creative process that led to the exhibition, which opens on 4th October, at London’s Fine Art Society.

LBB> How did the relationship with artists Rob and Nick Carter initially come about?

JM> Way back in 2006 Rob and Nick were introduced to MPC’s MD of Advertising, Graham Bird. Graham loved their work and innovative, contemporary style.  He invited them to spend a day at MPC, where they saw the work we do with our advertising clients. MPC have always been fans of the artistic duo’s work; we even acquired a piece in the early noughties.  I was introduced to them and we started brainstorming on ways we could collaborate together.

LBB> What brief did they approach you with and what were your thoughts?

JM> The approach was less of a brief initially than a concept, which we then extrapolated into a brief through collaborating on ideas and suggestions.  The Carters’ original idea sounded relatively simple – taking a painting and bringing it to life. But in order to create something really special it ended up being much more complex than anyone had anticipated. When the first piece (Transforming Still Life) was such a success, it seemed like a natural progression to push this new art form into some pretty incredible new places. We knew from the beginning it was something we wanted to be involved with. The pieces constitute a visual experience, the likes of which had never been seen before.

LBB> What was the pre-production and research process like for the project?

JM> Thoroughly engaging and educational, yet occasionally slightly disturbing – especially when studying reference for the maggot ridden decomposing frog! The research fluctuated extensively for each project.

LBB> How long did it take from initial brief to deliverance?

JM> It varied considerably for each project but anything from six months to nearly three years for the original, Transforming Still Life.

LBB> The whole thing is pretty bamboozling - what kind of techniques and technology were used to make the project a success?

JM> We leaned heavily on the in-house expertise available at MPC combined with the amazing scope of the creative brief and vision from Rob & Nick to really push the boundaries of creativity and technology. These ranged from developing bespoke algorithms to make maggots move in a life-like manner to using the highest quality cameras and render software to create one of the first feature length artworks in 4K- combining 3D with live-action.  Techniques were invented in the form of 3D printing, using it to cast a complicated bronze sculpture from a 3D sculpted and printed model. 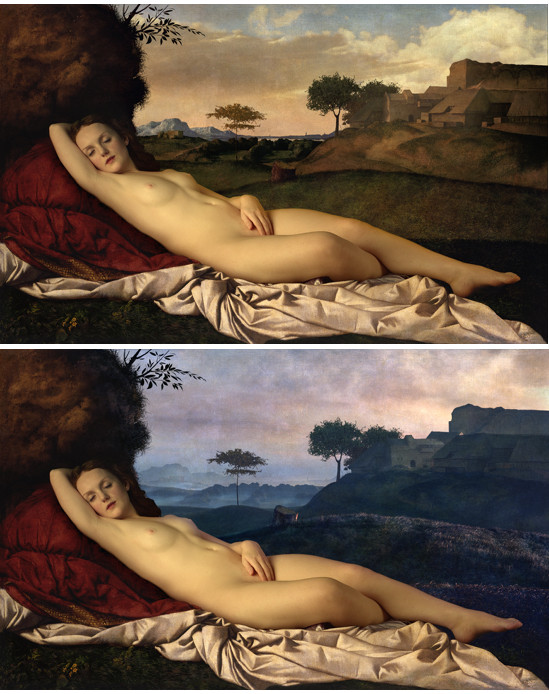 LBB> How did working in this way differ from working with film?

JM> The process in advertising is so varied from project to project that all the skills we have developed are the tools that enable us to adapt to a project like this. The scale of these projects was the biggest difference.

LBB> And what were the biggest challenges it threw up? How did you overcome them?

JM> The challenges were so varied for each piece it’s difficult to say! To begin with on Transforming Still Life, we were trying something for the first time, so it was a bit of a process of trial and error – hence the very long turnaround time. When developing Transforming Vanitas’ Painting, we needed to find ways to replicate the painterly style of the original artwork – when viewing the piece it’s very apparent it is a painted frog. We broke down the painting into layers so we could separate the stroke detail from the colour. By using a series of camera projections and a very complicated filtering process, we were able to refine the brushstroke effect. Transforming Nude Painting threw up a number of different challenges – to start with the 4K technology we needed to use hadn’t even been developed properly when we commenced the project! 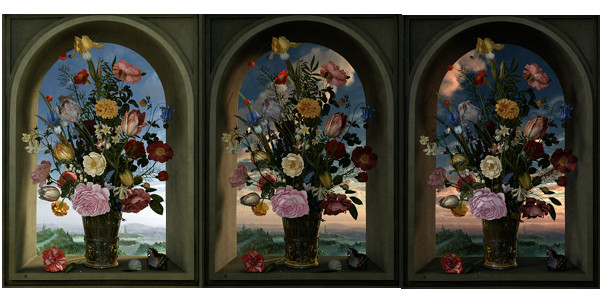 LBB> How closely did you work with Rob and Nick Carter?

JM> The process is completely collaborative, beginning with the choice of painting. Each piece is unique and independent of the others – we work with Rob and Nick to decide a narrative and from there it’s an on-going process of calls and meetings as we work through the various challenges together.  Rob and Nick have been fantastic to work with throughout; their creative vision is second to none.

The exhibition is taking place at The Fine Art Society Contemporary, London from 4th October to 2nd November 2013.

Rob and Nick Carter, Transforming Still Life (2012), After Ambrosius Bosschaert The Elder’s Vase with Flowers in a Window (1618), in collaboration with MPC. Framed and Apple iMac, Edition of 12 with 5 Artist Proofs