Your Shot: The Underwear Rule

Bare Films and Inferno on their controversial creative for NSPCC 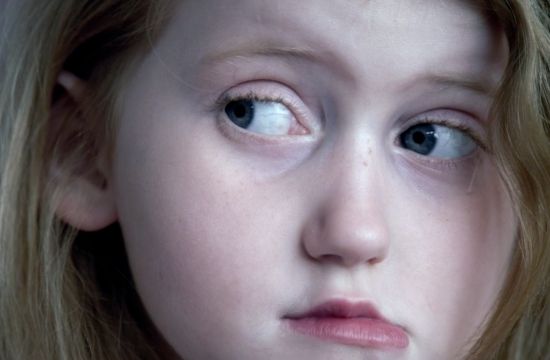 The latest piece of work for children’s charity NSPCC broaches a serious, but tricky subject. According to a recent survey in the UK, half of parents have never talked to their children about sexual abuse – a shocking statistic that leaves children vulnerable to predatory adults. With that in mind, Inferno have created a campaign to help confused and embarrassed parents broach the subject. LBB’s Laura Swinton caught up with the Charlie McDevitt, Client Director on the NSPCC account at Inferno and Bare Films director Joanna Bailey, who shot the campaign’s online film, to find out more.

LBB> The campaign is driven by the insight that half of parents have never spoken to their children about sexual abuse - what were your immediate thoughts when you discovered this fact? And what did you think were the main reasons that parents avoided this conversation?

CM> Yes, half of parents with children aged between 5 and 17 have never spoken to their children about the issue of sexual abuse. Given that child sexual abuse is more common than we'd like to believe and that most of it is perpetrated by family and friends, not strangers, it's a pretty scary statistic and made the case for the NSPCC launching their campaign a strong one.

Over the last year or so, in light of the Jimmy Savile story, it has become very clear that the issue is one that exists in our society largely behind closed doors, and the only way to tackle it is to encourage on-going conversations between parent and child, so that a child feels he can talk to his parents if he needs to.

Parent have avoided the issue for a number of reasons. Most parents recognise the threat comes from someone their child knows but they simply don’t know how to talk to them about it. They imagine the conversation will be highly awkward, scary for their children and they don't want to take away their innocence by exposing them to some horrible truths. But the discussion isn't really that difficult as it might seem.

LBB> The campaign tackles a serious issue in a way which is light-hearted and innocent way - why did you decide that this was the right approach?

CM> As you can imagine we spent a lot of time thinking about how to approach this brief, with our clients. We had to consider the need to make parents realise the subject was relevant to them and the need to show how normal and easy a parent/child conversation on this subject could be. We also had the 'Underwear Rule, a simple guide that parents can use to teach their children how to stay safe from sexual abuse, so we had some practical help to give parents.

On balance, it was more important to make parents feel confident they could have the conversation and this pushed us towards a less serious approach. And also the dark reality of sexual abuse is already out there. We all know about it from coverage of cases like the Jimmy Savile story. This campaign was about giving parents the confidence to empower their children, rather than scare them into having a conversation, which in turn could become scary subject for their children.

LBB> When you settled on the idea, what were the challenges you faced bringing it to life?

CM> Once we got the idea down on paper for the first time, and presented it to the NSPCC, I think it was clear pretty quickly that this was the right way to get the message out there: the idea delivered the message with great impact. However, the NSPCC were rightly keen to check that it wasn't going to cause offense to all their various 'stakeholders', so we had to show it to a lot of people before we got the final go ahead!

The other concern was how to treat the children so that they could talk about their pet names for private parts in a totally natural and non-sexual way . The NSPCC were extremely mindful of this, and we had to make sure the treatment was absolutely right.

LBB> Why was Joanna Bailey the right director for the film and what did she bring to it?

CM> We originally approached Joanna Bailey down to her track record of capturing brilliant, natural performances in a beautiful but effortless style. Joanna instantly 'got it'. She showed amazing passion from initial meetings and in her treatment which made her the obvious choice. She brought with her a huge amount of experience in working with children as well which was vital because of the nature of the topic and because of a very tight shoot schedule. During filming she knew how to make the kids comfortable in front of camera (they were 'real' kids, not from stage schools) so managed to capture an amazing range of natural footage which meant we were almost spoilt for choice in the edit stage.

LBB>The campaign has a strong radio and online presence - how do the different elements tie together?

CM> The message is consistent throughout, whether you hear a radio ad, see a banner, read the content on the netmums.com takeover, watch the film, or use the Facebook app. We want to give parents the confidence to talk to their kids, and by directing them to the Underwear Rule to give them practical help to do so.

LBB> What was the brief like from the agency and what were your thoughts when you saw it?

JB>  When I first saw the brief, I thought it was one of those jobs that could work really well, or be an awkward disaster. Certainly, it was risky, but on a first read I just loved the script and on a gut level, my instinct told me we could make it work.

In terms of a brief it felt very much like an on-going conversation. We met, chatted a lot about how to approach it and about how to capture its up-beat tone and how also to convey a sense of fun... But, most importantly, a sense of ownership and the strength on behalf of the kids. We knew from very early on how important it was that we capture the joy and daftness in the kid's behaviour and language but also their confidence and strength.

LBB> In terms of casting, what were you looking for in the children you chose and how did you find them?

JB>  The same thing I always look for in kids - interesting little people who are great characters. Who have something compelling and intriguing about them without realising it themselves. Stage school "acty" kids were an absolute no-go. We did fairly conventional castings - lots of them... We used a casting director, who I work with a lot and really trust. We also needed a variety of accents, so we also looked beyond London and went to, Manchester and Scotland to source kids too. We saw a lot of children!

LBB> How much of the spot was scripted and how much came from the children themselves? And how did you go about getting them relaxed on set given the potentially embarrassing nature of the spot?

JB> It was scripted, but we also had freedom to wander around and off script. I hate being too prescriptive with kids, and it was important there was a sense of authenticity and spontaneity. So it never felt like we fed them lines that wouldn't naturally come out of their mouths. We made it a game and didn't tell them what we would be talking about until we were shooting. So in the casting we just chatted to them and got a sense of their personality and played a few games. On the shoot we all worked really hard to ensure the atmosphere was very informal and relaxed so the kids never felt intimidated or embarrassed. Then as we shot with each kid we tried to have a bit of a giggle with them. Gradually we drip fed what in fact we were talking about. Without exception they responded fantastically and offered up some brilliant interpretations of their own.

LBB> It's a funny, lovely film with a serious underlying message - how did you go about balancing that?

JB> As mentioned above, it was really important that we convey the sense of ownership - we needed fun, but really the ultimate message is about their body being theirs and no-one else's. So we had a few older kids alongside the younger ones who we felt could deliver the more serious element of the campaign, in the right way. It was important to me that the piece never became overly earnest or worthy. The confidence in some part comes from the sense of fun. So, as you say, it was a balancing act which hopefully we managed to pull off.

LBB> What were the key challenges that you faced and how did you overcome them?

JB> The key challenge was most obvious: how in the hell do you get kids to discuss with a relative stranger something so intimate? I was very worried, but as in everything, the bigger challenges so often turn out to be the best jobs. Ultimately I made it a game talking about body parts - silly names for belly buttons etc. which then segued into words for their "privates".