Your Shot: The Latest Halloween Horrorfest from giffgaff

Behind the Work 514 Add to collection 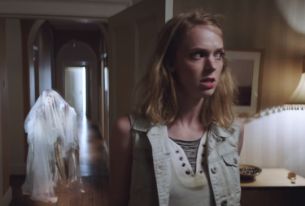 The Strange Case of Doctor Jekyll and Mr Hyde has had an unexpected update as a seemingly mild mannered marketer has unleashed his inner creative monster to direct a nightmarish new Halloween spot. Actually, who are we kidding? Tom Rainsford, Brand Director at UK mobile network giffgaff, is no wilting flower or suited square. But still, it’s fairly unusual to see a brand side dude embrace the creative and craft with such gusto. And it helps that he’s a horror aficionado too – after all, unlike other brands that go crazy for Christmas or Super Bowl, giffgaff is a brand that is all about Halloween.

LBB> Tom, this was your first stint as director. What inspired you to take on the role and how did you find the experience?

TR> I’ve always been interested in all aspects of the creative process, as highlighted by our flexible approach to creative and production. It felt a natural step for me to put an idea into the mix too. We’ve always taken a different approach for each creative idea for Halloween, so we wanted to try something completely different with this year's creative.

The process was a pleasure, of course full of challenges, but the creative process was collaborative and produced something we’re proud of and hopefully people will enjoy watching it.

LBB> It’s quite a unique role - client and director! What challenges did channelling both roles throw up?

TR> It certainly was unique. But we all fell into it with ease. It was more of a case of wearing two hats, and making sure that both sides of the production process and campaign planning had synergy and complemented each other. Once we got into production, the ‘director’ hat took over, with the rest of the team remaining as the ‘client’… it most definitely wasn’t a case of approving my own work (if only!).

On our team, we have a healthy attitude to challenge each other (no matter what role we’re playing), as ultimately we want to produce the best possible piece of work, so it certainly wasn’t always an easy ride.

We put a lot of pressure on ourselves with this. Halloween is our Christmas, so taking a totally different approach wasn’t something we took lightly. We were probably a lot harder on each other, but that honesty helped make sure we got to a piece we’re all proud of.

LBB> And on the flip-side, how did you stepping into both roles ease the creative process?

TR> We challenge, we discuss, we collaborate and as long as we are clear on what we are trying to create and why, our creative process rarely throws up massive challenges or obstacles.

In many aspects, it didn’t feel dramatically different from our ‘normal’ approach, of course we live and breathe the brand.

Things were however different given the process - it gave greater visibility of the whole campaign end to end. From creative idea to media planning. Having this meant that decisions could be made or baked into the creative process that would help the media deliver (or visa-versa). It also meant that we knew some of the nuances of the brand or channels, which helped frame decisions that needed to be made in the creative process.

LBB> Strategically, what are you hoping to achieve with the spot?

TR> This is a piece of content that has a soft marketing message within it. This is deliberate. It’s to engage with people who love Halloween, in an authentic way. We want to spread the word about giffgaff and Halloween. It’s been a great vehicle for us over the past 4 years and this year will follow suit.

LBB> While most brands go ga-ga for Christmas, giffgaff really owns Halloween. When does the build up to the big Halloween spot start? And how much pressure is there internally to trump the previous years’ campaign?

TR> We saw the opportunity to do something around Halloween four years ago and as a business have been committed to delivering against it ever since. We always challenge ourselves to do better. Halloween has proven really successful since we started making Halloween content in 2013. Directors were briefed in July and production started in August. This said, we might have a conversation about Halloween anytime of the year, as we know it’s coming up and is always something really exciting.

LBB> There are a bunch of nods to horror movies and icons. What would you say was the greatest inspiration?

TR> It’s difficult to narrow it down to one, as the ideas and influences are all woven together, just like one zombie movie has some influences from another one but still has its own take.

LBB> The lead character is less a traditional ‘damsel in distress’ and more like the independent female characters of recent horror titles (The Ring, It Follows etc.) Was this the kind of feel you were going for? Why?

TR> Yes it was. It was really important to us to have a strong female character. From Wendy in The Shining, to Erin in You’re Next. From Sidney in Scream to Ripley in Alien, women play a key and integral role in horror. By making our hero character female, we play authentically within the horror genre. With recent successful films like It Follows, Babadook, Under Her Skin, amongst others, it felt like the right approach to take.

LBB> How was the atmosphere on set? Any spooky occurrences or horror stories?

TR> The cups of tea were a horror-show (sorry couldn’t resist). We had a 6 foot grave dug in Kingston Cemetery (next to actual dead peoples’ graves), which a few of us got in to try it out…weird, odd feeling but you’re not going to remember the next time you’re in a grave! We then filled the graveyard with smoke, in fact so much smoke, that the fire brigade were called for a suspected fire, but other than that a fairly normal day.

LBB> You said that the Halloween films are meant as a sort of 'treat' for your users. How has the response been over the years? Has customer engagement increased notably?

TR> It’s a treat for anyone that likes horror and the fun of Halloween (of which many of our members do). We’ve always had high levels of engagement from all of our Halloween campaigns. We even had people share their Halloween make-up selfies with us last year. We didn’t ask for them, people just felt we were all in the mood, so why not.

LBB> With all of the various monsters and zombies running around the ad, the production design phase of the project must have been interesting! Who did you work with on the make up and production design? What sort of aesthetic were you going for?

TR> Design is so important in horror and the team really nailed it. Each scene needed to fit the theme of that individual style however still tie all together. We worked with DOP Ben Magahy, art director Simon Davis, costume designer Jeffery Michael, hair & make-up artist Ashley Mae Palmer,  and SFX make-up artist Cliff Wallace.

LBB> What were the most interesting production challenges?

TR> There was a lot to shoot, in a lot of different locations. Simply getting through the extensive shot list, on time and with the outcome we wanted was a challenge, but thankfully we achieved it.

LBB> When it comes to both horror and comedy, the edit is all important! Who did you work with and how tricky was it getting the balance right between scares and laughs?

TR> We worked with Tim Hardy at Stitch. The benefit was that we had a full two minutes with this content, which meant we could let some of the action build, aiming to increase the tension before the scares and laughs. This came through Tim’s fantastic editing and testing it out for what felt right. This said, compared to horror movies and the like, it was still pretty swift.

LBB> giffgaff is doing a spooky Snapchat filter to go along with the campaign – why was Snapchat the right platform to play with?

TR> Snapchat by its very nature a visual platform, that goes nuts for all things Halloween, so felt like a perfect match. 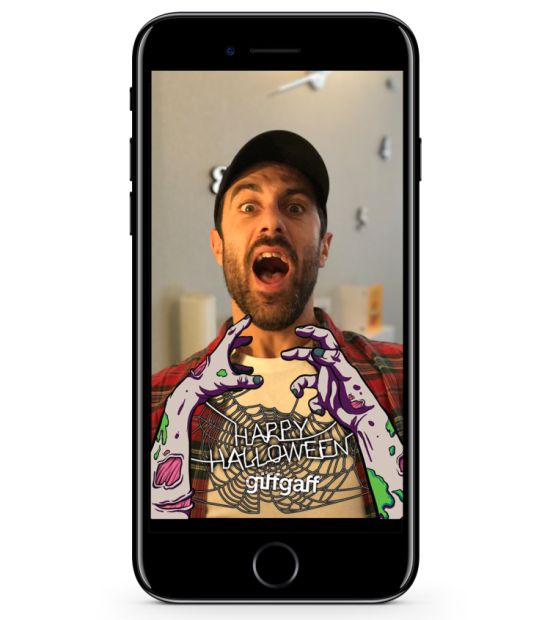 LBB> The media strategy on the spot is really smart, targeting horror films and related content in cinema and online. Why did you decide on such a targeted approach?

TR> Targeting people who are likely to receive the content in the right way, is a tried and tested approach for us. We want people to love what they watch, engage with it and maybe share it with friends.