Your Shot: The Fableists 'Finn'

Behind the Work 543 Add to collection 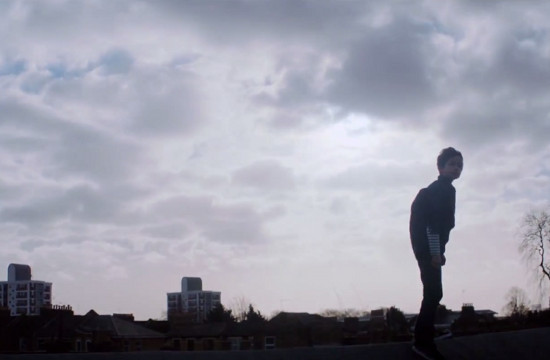 Kids shouldn't be making clothes for kids. It's really as simple as that. But the stark reality is that masses of the clobber we and our young ones wear is made in sweatshops, in hideous conditions and with mere pittance in return. The Fableists was born out of a wish to put a stop to that. The sustainable and ethical children's clothing brand was set up by Matt Cooper, also founder of Little Black Book, after numerous trips to India left him in love with the country, but a bit obsessed and disgusted with the fast fashion industry.

The Fableists launched in November 2013 as a joint venture with London agency Brothers and Sisters with a series of design-led clothes and limited edition artist-designed t-shirts, and its first brand film hit the net this week. Directed by Great Guns' Olivier Venturini, 'Finn' cinematically follows a day in the life of a talented eight-year-old skateboarder. Shying away from the clichéd shots of ollies and kickflips, though, Venturini captures a poetic journey through this young boy's urban haven.

LBB's Addison Capper caught up with Brothers and Sisters founder Andy Fowler, The Fableists’ Cooper and director Venturini to find out more.

LBB> Can you tell us a bit about the story behind The Fableists and what inspired you to launch it?

MC> What inspired me to launch it was spending time in India, a country I had kind of fallen in love with. I studied the garment industry there before looking into it in many other countries and began to realise that my four kids were mainly wearing clothing that were made by other kids, and in horrible conditions. I then read about the 10s of thousands of farmers in India that were committing suicide due to the pressure and thought that I had to change it. The way I knew how best to do that was to work with the brilliant creative people I had met over the years.

LBB> Why were Brothers and Sisters the perfect partners to help you realise The Fableists' vision?

MC> I spoke to a few agencies about the project but I saw that Brothers and Sisters had a real thirst to try something different. They totally understood from day one what I was saying. I also loved the fact that they had no fear of working on different projects that might have involved different platforms or media. It felt fluid and right. I also really liked the fact that they didn’t see it as a vanity project; it was more a ‘nice’ thing to do some ‘nice’ work for. They understood our passion for changing the world in our own little way. These guys just got it.

LBB> Why was it important for Brothers and Sisters to get involved with The Fableists? How did the relationship initially come about?

AF> The relationship came about when Matt Cooper told me about his idea to create a sweatshop free, sustainable kids clothing brand. He had spent time in India and seen the terrible cycle of kids in sweatshops making clothes for our kids here. We're very interested in creating joint ventures with visionary start-ups and The Fableists is definitely one of these.

LBB> The brand has got a sense of positive rebellion about it - where did that idea come from?

MC> I always saw the kids wearing our clothes as a bit of a gang. I loved the punk scene when I was younger and all the other rebellious crowds and gangs that were trying to do something different. I wanted the brand to feel very different from many of the other organic and/or ethical clothing companies. I wanted the clothes to feel like they could be worn by kids who understand what we are doing and for the people buying them, which is normally their parents, to understand it too. I wanted them to feel strong enough to make a change. Going back to the punk thing, I’m lucky enough to own an original Vivienne Westwood / Jamie Reid ‘God Save The Queen’ Sex Pistols t-shirt. Its framed in a huge frame in my front room and I just love it. It’s a piece of art. I wanted our t-shirts to feel that way too. That’s the reason we got so many great artists working on our tees.

LBB> How did you go about reflecting that attitude in the film?

AF> We considered whether Finn's dad should also feature in the film because they often skate together. But we thought the solitary journey of this fearless eight-year-old through the mean streets of London was powerful. It feels enigmatic and unexplained, but there's this sense of a kid carving out his future in his own way.

OV> Finn [the boy in the film] is rebellious in a nice, understated and gentle way. He does things before he talks about it. He is the essence of spontaneous. And he has this wonderful sense of freedom that is so contagious, so we were all convinced he was the perfect vehicle for the values of the brand.

LBB> And why was Olivier the right man to portray that attitude?

AF> Olivier is a very cool guy. He shoots beautiful films and is a great guy to knock ideas around with. We wanted this to feel cinematic, not like a skate film. Olivier brought a level of quality and craft that you can really see. He also made Finn feel safe and comfortable to be himself, which is a real skill.

LBB> What were the initial thoughts for the brand film? What kind of people were you initially 'looking for' to begin with?

MC> The initial idea was to find some kids with unique talents and passions and just make films about them. We wanted to celebrate kids really. We got Great Guns and Olivier Venturini on board with the project and just really pushed it.

What I love about our business [advertising/production] is watching creative people really collaborate. And this film was a proper collaboration. I guess I was the client in a way but it certainly never felt that way, and I say that a very positively. It was a group of great people working to do something they all agreed on. Olivier was amazing as were Jack [Kerruish] and Josh [Pearce], the creatives from Brothers and Sisters. The whole crew was wonderful.

AF> The idea came out of a conversation on the balcony at Great Guns between myself, Olivier and Matt. Over a beer and hotdogs in blazing sunshine, we thought it'd be great to create stories about extraordinary kids around the world. Kids with a gift, kids with big ambition, kids who have overcome adversity. A budding ballerina in Beijing or a street kid in Rio who supports his whole family. Finn is just the beginning.

LBB> Finn is a very cool character - where did you find him? Why was he perfect to portray The Fableists' message in its debut film?

AF> All of us – Olivier the director, Matt, us at Brothers and Sisters – we all searched high and low for an extraordinary London kid. I put notices up in sports centres around Ladbroke Grove, Olivier went to urban dance schools. Someone tipped Matt off about Finn. His dad owns the Hoxton Gallery and the two of them go skating together at weekends round the streets. Finn has some sort of burning inner fire, a quiet determination. He's the kind of kid who will inherit the future. He embodies the brand's end-line: ‘Play hard, live forever.’

MC> Some of the tricks we had seen him doing were amazing; better than most much older skaters! We did worry at first that skateboarding may have been a bit of a cliché, but when we met him it was just right. He is a very special, talented kid, and to me that is what our brand is all about.

LBB> The film focuses more on him and his general day than him busting loads of tricks. Why did you decide to take that approach?

AF> Finn is a very accomplished skater and has some tricks that are pretty spectacular for an eight-year-old, but we wanted the film to be much more than tricks. We wanted it to feel like an emotional journey. Actually the more reflective shots where Finn is up on his roof at the start or looking out over the motorway feel quite profound.

MC> I think Olivier, Andy and I agreed that may have been a little obvious. These films are about the kids. They’re meant to be a day in the life kind of concept that captures a lovely slice of a kid’s life. I think the film really portrays Finn perfectly.

OV> Yeah, we were all a little scared that skateboarding would look too ‘cool’ and look like we were loudly shouting, "hey, we are this cool brand for kids!" So from the start we wanted to be quite skate-savvy. We wanted to keep just a few tricks in to show how much work has gone in from Finn, and show how brave and skilful he is at his age.

LBB> And the film's aesthetic - what techniques did you use to capture that?

OV> We wanted to make a poetic and inspiring documentary-style film about this boy, and convey his dreams and aspirations. In that sense myself and the DOP Steve Annis were to go a little beyond a strictly realistic film. We stuck by documentary laws in not using any artificial light but we liked the idea of shooting it with cinematic tools and generating emotions with the language of film. That’s we used an anamorphic format and the Steadicam.

LBB> Finn seems completely natural on camera. What kind of conversations did you have with him prior to and during production to make him feel at ease?

OV> The producer Tim Francis and I went once on a day-long recce with Finn and his dad Kevin, and understood what they are made of. This was the key to their kingdom. I connected really well with this pair. I thought they were true originals with a great attitude. Kevin does not spare Finn. He makes him behave like a little man, teaches him to be a rebellious but decent person. He encourages him to go back on his skateboard after he hurts himself, to go beyond his limits. They have a unique son-dad relationship that’s very impressive and full of respect.

LBB> How was the shoot in general? Where did it take place?

OV> We shot over two days in different parts of London. We scouted extensively before that and were incredibly lucky to have decent weather, considering it had such an incredibly wet British winter. The shoot was full of excitement and the only frustrating time came unexpectedly when we were faced by some resistance in a Brixton skate park. Some people wanted us out, while others were so impressed by Finn's skills that they helped us out.

LBB> What can we look forward to in the future from The Fableists? Are there anymore brand films around the corner?

MC> Yes, we have something very special coming from The Mill soon. It’s very different and so beautiful. You will see that one shortly. We’re also aiming to shoot more films about more amazing kids as we find others to work with around the planet. That is the aim.

AF> I wish I could show you that today. I'm bursting with excitement!