Behind the Work 404 Add to collection

Unearth the gems of Shanghai in a London Cab 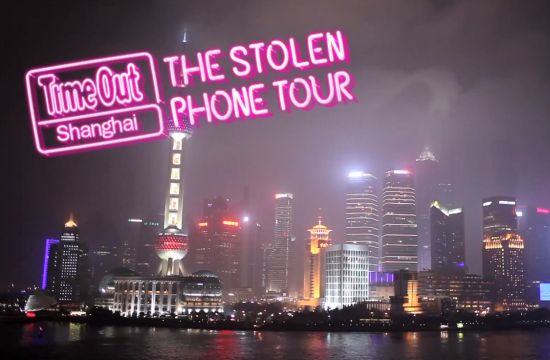 Referred to by turns as the ‘Pearl’ or the ‘Whore’ of the East, Shanghai is a city of many faces – and no one knows its secrets better than the local edition of Time Out. Energy BBDO Shanghai teamed up with the magazine to help them show off their local knowledge. In an inspired campaign that involved a lost phone and a London cab, two unsuspecting members of the public are taken on an adventure of discovery. LBB caught up with Energy BBDO’s Kevin Lynch to find out more.

LBB>  How did the relationship between BBDO and Time Out Shanghai first come about?

KL> To win the Time Out business, we tried the usual new business tactics. We left love notes on their windshield while they were at work. We named our pets after them. And we incessantly tagged them on Instagram even when they weren’t in the photos. When we started holding onto their pant legs at parties and family functions, well, they really had no choice but to award us the business.

LBB>  What was the initial brief from them like? Was it fairly open-ended or did they have a very specific issue to address?

KL>The briefing was conducted in a YongKang Lu bar over pints of Le Chouffe. (It went so well, we’ve decided to conduct all our client briefings there. Let’s just say the approach is still “in beta.”) Time Out’s issue is perceived sameness in a crowded competitive landscape. There are a plethora of sources for things to see and do in Shanghai. But Time Out goes deeper than others, to discover the most hidden-est of gems here in Shanghai. We just needed to amplify that difference.

LBB>  How did the 'stolen' mobile idea develop? At what point in the development process did the London cab come in?

KL> When you have a great product to advertise, sometimes the best thing to do is to get the hell out of the way and let the product do the selling. That’s essentially what we did. We found a way to let people experience Time Out’s great content in a talk-worthy way. As for the London cab, because of Time Out’s well-known London roots, the cab actually supported the brand – even though it had no Time Out signage.

LBB>  Time Out is an interesting brand because while it is global, it's USP is local knowledge... did this present any challenges or interesting debates? i.e. Who was the video aimed at, locals, ex-pats who live in the city or tourists? And how did you keep it consistent with the global brand while having a very 'Shanghai' flavour?

KL> As a city, Shanghai tells its story in a very visual way, so we knew the footage would have a distinct Shanghainese flavour no matter what. As for the audience, Time Out Shanghai is certainly read by expats, but it’s not written for expats. It’s written for “city enthusiasts” who want to get the best out of whatever city they’re in. That’s true in all 60+ markets where Time Out publishes.

LBB> How did you and the Time Out team decide exactly which Shanghai experiences and destinations to use in the project?

KL> If we tried to include everything there is to do in Shanghai, we would’ve had to kidnap people for a month. From what we’ve been told, there are laws against that here. So instead, we picked what would be a good reflection of Time Out’s content – a few hidden gems, a few local classics, and a few stops where we could deliver a more exclusive experience.

LBB>  In terms of executing the project, what were the main production challenges you faced?

KL> The project had a few unique challenges that required improvisation. First, up until the moment someone picked up the phone, we had no idea who the star would be or how they’d act. Second, all footage was captured by hidden cameras, which required some ingenuity. For example, at one point, a bicycle was used as an incognito tripod.  Lastly, a half hour into the shoot, our account executive was in the back of a police car begging for her freedom. Film permits, people. You really need film permits.

Let that be a lesson for all of us.

LBB>  What were the reactions of the people who found these phones? Was it tricky to convince people to go along for the ride or were most people quite open to the experience?

LBB> How do you think this project has changed perceptions of both Shanghai and Time Out?

KL>  After watching the video, one person who’s lived in Shanghai for years said, “I had no idea some of these places existed.” That’s the exact reaction we’d aimed for. If you read Time Out, or check out the website regularly, your Shanghai experience will be exponentially richer.

LBB> I’ve seen the web film but i was wondering if the project yielded any other assets - Time Out editorial coverage etc?

KL> The campaign was seeded with teaser ads letting people know Time Out had lost its phone, and asking if anyone’s seen it. And we created further interest by hanging posters around town. Each poster featured a different letter that could be posted to Instagram and unscrambled to discover clues about where the phone is. Ultimately, the girls who went on the Stolen Phone Tour hadn’t heard anything about it – which made the experience even more serendipitously wonderful.