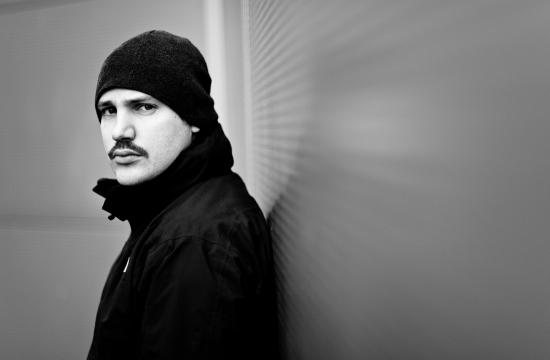 Elephant’s latest track Shape Shifter is a hypnotic affair that lulls the listener into a dreamlike state – and director Steven Boyle has brought a series of otherworldly visuals to the mesmerising music. Singer Amelia Rivas dances her way through the music video in vignettes captured by some clever use of high-speed wizardry. LBB’s Laura Swinton caught up with Steven to delve into the depths of a luscious promo.

LBB> What were your initial thoughts when you heard the track and what was your treatment like?

SB> The song has a dreamy, seductive and almost ethereal quality about it– so I wanted to create something in keeping with this mood. I knew immediately that the pace of the cuts and visuals should lean more towards the languid and relaxed, it needed to be a slow, beautiful stroll as opposed to a kinetic race.

The lyrics threw up some useful imagery and themes that I could play around with. There was always something slightly nocturnal and metaphysical about the track and I wanted to explore this. Sleeping, falling, weightlessness, curtains, electricity, vacuums and vortexes - all of these elements contributed towards the visual themes in the video.

The concept revolves around Amelia in some kind of ‘dream state’. As she playfully bounds around the Hotel suite dancing and wreaking havoc, an electricity or energy builds around her. I thought it would be interesting if the banal setting of a hotel room suddenly took on this surreal and otherworldly atmosphere.

On a purely practical level I always knew I’d be working with a small budget so the concept had to be kept relatively simple and contained, something that I could realistically shoot in one day with no unit shifts whilst having full of control of the light.

LBB> What were your aims and influences in terms of the aesthetics of the film?

SB> My main aim was to create something with a distinctive and memorable atmosphere, something cool and visually striking. Shooting at very high speeds would allow me to do that, this was always in my head when I was writing the concept and it also seemed like a perfect fit for the languid pace and mood of the track. We shot several scenes at 1000 fps and at that speed, fast moving or violent actions can be amazingly impactful, almost balletic, drawing the audience into the details of each shot and pushing it ever so slightly into the realm of the surreal and metaphysical. I also wanted the lighting to be consistent with the sort of mood lighting you would find in a hotel suite, intimate, darker, with pools of softer light. This was a challenge at times because shooting at high speeds demands more light. Fede Alfonzo our DOP did a great job.

LBB> The water in the film is really beautiful quality - how did you capture that?

SB> It’s all fairly straight forward really. The bathroom scenes were shot between 300 and 600 fps so obviously you’ll get that beautiful and slightly surreal effect with the water. In addition to the lighting and the final grade the colour of the water was also a factor but this wasn’t exactly planned. Amelia’s hair was freshly dyed and some of it started to come out whilst she was in the bath which tinted the water slightly. This worked beautifully in the end as it gave the water a strange, stormy sea look. Combined with the subtle electric sparks this happy accident played right into the hands of the concept.

LBB> How long did the shoot take and where did you shoot it?

SB> We shot it all in one-day in a large hotel suite near Hangar lane. It was tight so we had to move fast.

LBB> The singer has a lot to do in this video - getting wet, singing underwater, jumping about on the bed. How did you coax that performance out of her?

SB> Before the shoot we had a couple of meetings with Amelia. This gave me the chance to talk her through each scene and discuss in detail exactly what I was trying to achieve and what was required from her on the day. At no point did I ever struggle to get a performance from her, she could see what I was trying to do and was fully committed to the cause. Lip-syncing the track underwater at 50Fps is not easy, and after a few failed attempts she had mastered her breathing and gave me a few useable takes. The day was pretty relentless for her, she couldn’t take many breaks and for the most part she was soaking wet, she worked very hard and put in a good shift.

LBB> The scene at the end is incredibly dramatic. How did you achieve that? Was it in camera or were a lot of these bits added in post?

SB> Everything you see was captured in camera. We shot several plates of the objects being thrown into frame, from each side of the frame, at different angles and trajectories all at 1000fps. The best elements from each take which were then composited together into one shot. Overall the final shot consists of about 14 plates all stitched together. It’s the handy work of Andrew ‘Barnsley’ Wood from the Mill – (ultra talented Flame Operator, all-round Madman and good mate). There are several VFX shots throughout the promo, most of which will go unnoticed, but this was definitely the most elaborate.

LBB> What were the biggest challenges you faced bringing the video to life?

SB> We had a tiny, miniscule budget and that always presents big challenges. The whole job hinged on pulling in lots of favours and relying on the good will of our crew and key collaborators. We couldn’t afford any additional production support so my producer Nicola Dempsey worked tirelessly by herself to pull everything together.