Behind the Work 930 Add to collection 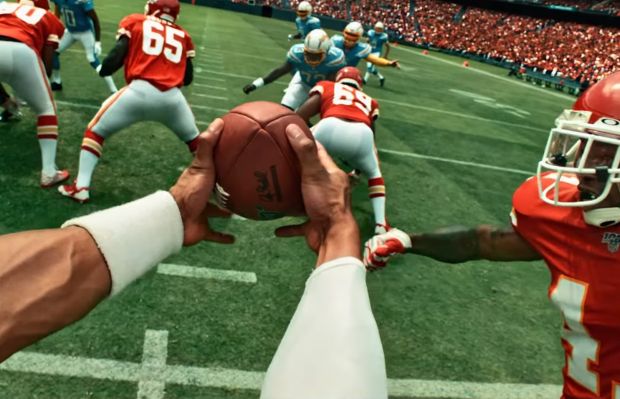 All NFL players this season will be repping Oakley as the eyewear brand has struck a four-year deal to make helmet visors. To promote the new partnership, Oakley approached LA production house Stept Studios. Its long-standing relationship with the brand meant that Stept were brought in at the earliest possible stage, leading to the studio heading up creative and production for the project. The result is an immersive film using a variety of custom POV camera rigs to create a sensory experience for viewers that takes them right to the field and gives them a captivating peak at the intense action NFL players experience firsthand.

LBB> You were the agency on this job as well as the production company - what kind of brief did Oakley present you with and what were your thoughts when you first saw it?

Nick> We’ve been working with Oakley for a few years to help tell the story of their Prizm lens technology, and have developed a bit of a shorthand over time. There’s a lot of mutual trust there, which really helps the collaborative process.

When we received the brief describing their new partnership with the NFL, our team got really excited. The objective here was to showcase the technology and how it could be used on an NFL field, but the brand gave us a lot of room to explore how to bring that concept to life. Our creative director, Adam Rachlitz, began working on a script that would tell that story by incorporating an intricate POV sequence. We’ve wanted to explore a POV project with Oakley for a while and this felt like the perfect time.

LBB> The whole idea is based around Oakley manufacturing NFL helmet visors this season - was it always the plan to make the spot from a POV perspective?

Nick> Our goal was to show the audience what it will be like for NFL superstars to harness the power of Oakley’s lenses during a game. We thought: what better way to do that than to put viewers on the field and in the driver’s seat. On a consumer level, POV execution is basic, but we wanted to take it to another level.

LBB> You used quite large camera rigs for the shoot, which must have been more difficult than the more typical smaller set-ups - why did you decide on that approach?

Nick> Our director, Leigh Powis, had a very specific vision for the POV work in the film. We wanted to go as far away from the ‘GoPro’ look as possible. His choice was to use Sony Venice’s new large-format sensor to bring his vision to life on the big screen. The shallow depth-of-field and distinct cinematic look of the larger sensor helps differentiate the imagery from the consumer-grade POV cameras that have very small sensors. It was a difficult approach, but we think it really paid off.

LBB> What else can you tell me about the camera set-ups for the shoot? Shooting purely POV for such a high action spot must have offered up some intriguing challenges?

Nick> Our cinematographer, Brandon Kelly, got to use a few different toys to bring Leigh’s vision to life. We used a 24mm probe lens to track through Mahomes’ helmet and pass his eye for the opening visual effects shot that brings up into his POV. We use a lot of Phantom high-speed shots for the slow-motion shots, and had the football players carry it on their shoulder while running around the field. And for the bulk of the POV coverage we used the special detachable ‘rialto’ mount for the Sony Venice, which allowed us to put the bulk of the camera on players’ backs, and use a smaller mount for the lens on their head.

LBB> How did you find the challenge of choreographing something as spontaneous as a football game? How did you ensure there was still the drama and intensity that fans associate with the game?

Nick> We came up with a bunch of theoretical plays that would be exciting on camera, then worked with a sports coordinator to massage them into ‘realistic’ NFL movements. We worked with the team from Sports Studio on set to help walk the players through our vision and make sure it was authentic for our audience.

LBB> Did you work with actual football players for the spot? How did you ensure they were comfortable getting the shots you needed with the camera rigs strapped to them?

Nick> We worked with the marque athletes, Patrick Mahomes, Juju Smith-Schuster, and Derwin James, in different stadiums around the country and shot them on green screen. They were composited into the different game scenarios. Then for the main action sequences with entire teams on the fields, we used stand-ins that were ex-professional or collegiate athletes.

LBB> How do you find shooting POV films like this? Is there less control of the camera when compared to shooting with an actual camera operator?

Nick> POV is incredibly challenging to execute if you want an elevated aesthetic. We were really thankful the players operating the cameras were receptive to direction and really easy to work with. We had to do a lot of takes to make sure the frames were perfect!

Nick> The CGI work was definitely our biggest challenge. Scenes were shot in several different stadiums and needed to all be composited into the same location in post. There was a lot of plate work needed, and a ton of green screens. It was incredible to watch everything come together so seamlessly throughout the edit. Many thanks goes out to Shipping and Handling, who did the heavy lifting on the CGI side, their team was great to work with. 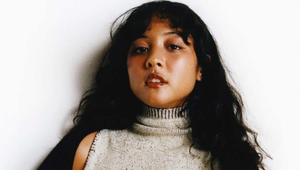