Behind the Work 126 Add to collection 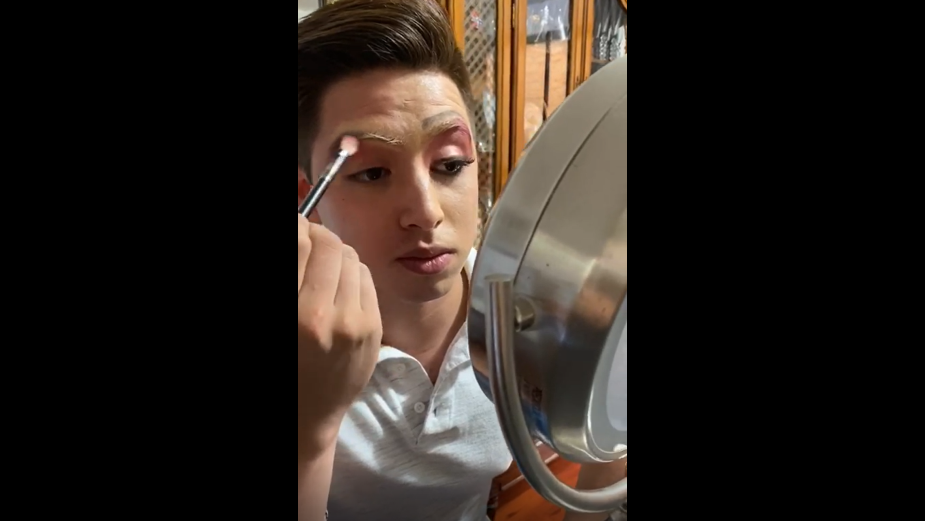 One of the positives of life in lockdown is the lack of pressure to conform to the levels of smartness that society tends to demand. Sure, I find it important to get up in the morning and get ready, even just for the boost to my mental health, but my overall levels of vanity are at an all-time low and I’m really quite enjoying it.

L'Oréal is leaning on this sentiment in a new campaign for the Mexican market. #BeautyFromInside is an initiative that arose from an idea from MW Argentina (McCann's Argentina outpost). The agency presented the idea in the Creative Leadership Council meeting, and McCann Mexico saw it as a good fit for its L'Oréal client. The end result is a joyful celebration of freedom that's been captured at home by a crop of real people.

LBB> What initially sparked this idea? What were the starting points?

Juan Pablo> The quarantine. In Argentina we are going through a severe lockdown. Brands needed to reconfigure their purposes in this new world. L’Oréal wasn’t the exception.

Alfredo> Sometimes people are reluctant to change or experiment with their looks because they fear other people’s opinion, even the ones from their close friends. But now in quarantine, everyone is free to play without being judged.

LBB> What kind of research and insight informed the approach for this campaign?

Juan Pablo> We had tons of reports and data about how people were behaving during this pandemic. But I guess we didn’t have to go that far to understand their feelings, because we were feeling it ourselves.

Alfredo> The insight is that beauty comes from the inside and now it can come out while we are inside our homes.

LBB> This was a collaborative effort across various McCann offices - can you tell us about that? How did it work?

Juan Pablo> It was really an amazing process. We came to this idea in Buenos Aires, I shared it in McCann’s Latam Creative Leadership Council, Alfredo saw it and told me it would suit perfectly in Mexico. That was the beginning of a cool dynamic where we mixed creativity and production of both countries, that helped to achieve an excellent product.

LBB> What was the production like? How did you go about getting the content that you needed for the campaign?

Juan Pablo> It was crazy. As we were locked down, we couldn’t shoot.

Alfredo> We asked people from the agency and the client side to shoot themselves from their homes, using their smartphones. So the experiments are real, people changed looks because of this idea.

Juan Pablo> The actors had to take the shots themselves in their places and send them through WhatsApp for corrections. It was a very instinctive way of producing because all the protocols were written at that same moment.

LBB> What was the casting process like? There are no generic L'Oréal models featured! Who is in the film?

Juan Pablo> I believe that was the most powerful aspect of the project. We wanted people to show what they did with makeup at home to feel good with themselves. We didn’t care about age, race or gender. We didn’t look for models. We made a big call for anyone who would like to film at home. We just received the materials and started editing.

Alfredo> Almost 60 people sent their videos, and we got to choose the ones that were more human, funny or brave in their experiments.

LBB> What kind of direction did you give the cast when it came to filming? Was it quite natural for them?

Alfredo> We had a chat with them explaining the idea and the kind of images we were expecting. Other than that, they were free to choose the looks, spaces, and family members they wanted to share.

Juan Pablo> Yes, the direction tip was to not have one at all. The only thing we asked them was to leave the camera and to forget that they were part of a spot. We think it was the best way to find spontaneous and funny shots. The result was awesome, because people actually had a good time playing with beauty.

LBB> What are your main aims with this campaign? What do you want people to take away from it?

Juan Pablo> I guess it is very interesting how an emblematic brand as L’Oréal could quickly adapt to this new scenario and reach the people with a relevant and powerful message. It’s not about the makeup, it’s how you can feel better within yourself. Giving the historic claim ‘Because I’m worth it’ a new and modern point of view is a nice goal for this campaign.

Alfredo> That being in lockdown is no reason to forget about feeling beautiful; on the contrary, it is the perfect time to experiment, be bold, and have fun.

Juan Pablo> With team effort and good vibes. We are in quarantine. We are merging work and family. And we had to act in a totally new world. I believe that at the end of the process there were no longer two agencies of a worldgroup, but one.

Alfredo> Speed was essential, but we were able to pull it off entirely in less than a week.

Alfredo> We are lucky to have a client that liked and supported the idea from the first moment until it got completed.