Prettybird’s Bradley & Pablo on the opportunity to be “somewhat distasteful” with the most epic of nods to classics like Thriller, Scream, The Hulk, Buffy the Vampire Slayer and more 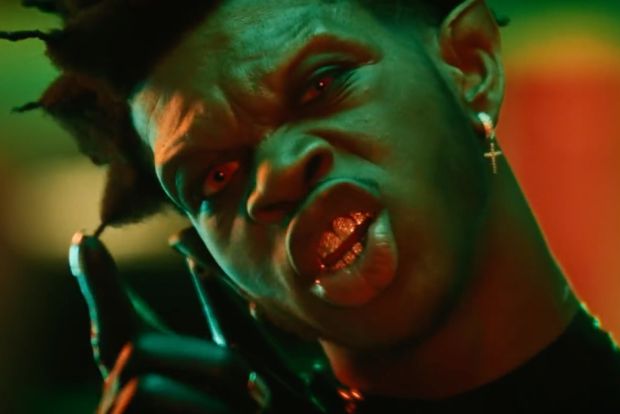 Lil Nas X won our hearts with Old Town Road, one of 2019's most enjoyable music videos. Its re-watchability factor is extremely high in the LBB office. As such, we got excited during an aimless Twitter scroll last week when we saw that the artist's latest promo was set to launch.

'Rodeo' didn't disappoint. In the words of directors Bradley & Pablo (repped by Prettybird, who also produced Calmatic’s video for Old Town Road), it's a "hybrid vampire Matrix story" - something that they couldn't help but sink their teeth into once the opportunity arose. There really is a lot to unpack in this two minutes and 50 seconds of film though. There are references to Thriller - a bold move for any music video creator - and endless nods to '80s and '90s horror movies. The Matrix element involves Lil Nas X's namesake, Nas, a Morpheus-esque figure. The aesthetics play into the stereotypical looks of '80s horror movies in a way that just seems fun without being contrived. Bradley & Pablo cheekily suggest that Roder was the perfect excuse to be a little distasteful.

LBB's Addison Capper chatted with the duo to get the full story.

LBB> You wrote the story with Lil Nas X - what was that process like? What position was the concept in when you got involved?

Bradley & Pablo> Nas came to us with the idea of creating a hybrid ‘Vampire Matrix’ story and we were beyond excited. We had written a vampire bite story last year and had been impatiently waiting for the right opportunity to use it. Not only were we ecstatic that he wanted to make something with vampires but the Matrix swing on it took it to a whole new world that we fell in love with right away. It was like he had just invented a whole new subgenre for us!

Following his brief we quickly merged our ideas and put together a structure that we thought could work and then worked with Nas over a few days to weave together the story as you see it. Nas brought key reference points to us like the Hulk movie jumping over the cars at the end and the movie Belly as a lighting and glowing pupil reference.

LBB> What more can you tell us about the narrative and the aims with it? Just why is Lil Nas X a vampire?

Bradley & Pablo> The song is about a toxic relationship so the idea was around him being overtaken by this powerful toxic force that turns him into a vampire after he is bitten. The bite at the beginning is a play on his partner ‘sucking the life out of him’. As you see him transition we see swings in his personality where at times he is trying to fight it, by going to the drug store to find an anti-venom and other times fully submitting to it as he revels in the joy of his new found power; dancing and smiling menacingly as he upsets the anti-vampire neighbours on the street. It feels good but ultimately it’s bad for you.

LBB> It's packed full of movie and pop culture references. How many are packed in there? How did you find the challenge of fitting so much in? What was the research process like?

Bradley & Pablo> There are loads! Some honourable mentions: Thriller, The Matrix, Natural Born Killers, Scream, The Hulk, Mulholland Drive, Buffy the Vampire Slayer, Nightmare on Elm Street and anything Wes Craven! His movies were particularly influential when we were thinking about the look of the film.

In terms of fitting them together we found bridges to draw them together which was made easier because a lot of the references were using familiar horror tropes. For example the intro was an adaptation of a phone call from Scream 2 blended with Saw/The Miracle Worker and the phone booths that are used to get transported out of the Matrix. The red pill/blue pill idea during big Nas’s verse was also the perfect device to jump between the vampire world and the Matrix world half way through!

LBB> All of those references are given a pretty tongue-in-cheek spin - how did you go about making them relatable but still giving them a unique feel?

Bradley & Pablo> Another reason this project was so exciting to us was because we are really inspired by ‘super genre’ movies that mash up genres and don’t play by the rules. Literally anything goes. Tarantino is a great example of this - his films are so exciting and fun to us because you feel like anything can happen. That was very much the approach we wanted to take when we were thinking about the world we wanted to create.

We think the references feel unique and relatable because they’re obvious enough but are blended together like a cosmic explosion of pop culture that creates a fabulous unique universe. In this world the references are given a new lease of life and feel really fun while maintaining the relatable links! Importantly they’re subverted by modern twists like a diverse cast, completely unexpected styling and an amazing artist at the centre of it. We wanted to rewrite the references with a 2020 inclusive vision of what these magical worlds can look and feel like.

LBB> From an aesthetic point of view, what were your main aims and ambitions?

Bradley & Pablo> We were really inspired by the look of ‘80s horror films. We loved how playful that era of cinematography is with big blue moon light, loads of fog, unnatural beams of light and colours. It was a really good excuse to be somewhat distasteful! ;)

We also wanted it to have a distinct and consistent camera language with dolly shots, zooms, whip pans and fixed shots. It’s a really important part of our process that we are always trying to improve on. We think it can give a film so much of its personality but sadly it isn’t always possible with music videos when things are moving at 100000000 miles an hour. But that was the ambition!

Pablo> The look Lil Nas gives at 1:02 or the vampire eating Doritos.

Bradley> Lil Nas dancing as a silhouette on the street in front of the moon.

LBB> What was the production process like on the whole?

Bradley & Pablo> The video was shot over two really hardcore back-to-back night shoots. It was green lit a week after the idea first came up, shot five days afterwards and then delivered two weeks later. It was hard and fast! But in the end we enjoyed the pace and intensity of the project and the pressure probably helped the creative.

Bradley & Pablo> Shout out to every single person involved in this project. It would never be possible without our collaborators in every department throughout every stage of the process.

Particular thanks go to Pablo Berron - who is the most gifted and committed cinematographer we could ask to be partnered with, Lil Nas X and Saul Levitz - a dream artist-commissioner partnership who are brave enough to take risks and gave us the opportunity to make something special. Thank you!

LD
view more - Behind the Work