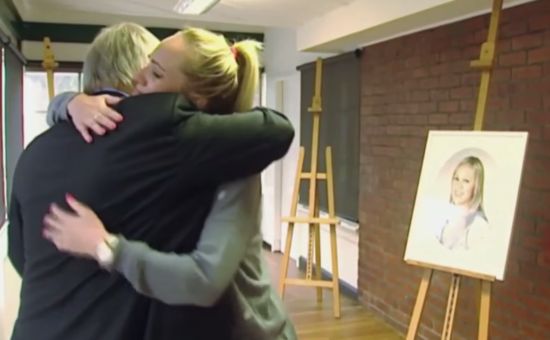 All too often road safety campaigns focus on drivers - and not on the effects of accidents on their victims. This incredible campaign by Y&R New Zealand for road safety charity Brake is changing that. ‘Living Memories’ involved five volunteer families working with a forensic age progression specialist and the digital artists at Weta Digital to help create an individual portrait of what their children - who were tragically killed years before in a road accident - would look like today. It doesn’t just remember lost lives but also lost futures and potentials. LBB’s Addison Capper spoke with Y&R Wellington Managing Director Tim Ellis about this touching project.

LBB> What was the original brief like from Brake? What were you thinking when you first saw it?

TE> Brake is a charity that educates drivers, and supports victims of road tragedy. While established in the UK, it is relatively new to New Zealand. With very little marketing budget, our goal was to generate significant awareness for the charity during National Road Safety Week, without the impact of paid media.

LBB> Were you aware of Weta’s capabilities in this field prior to the idea?

TE> Yes absolutely! Weta Workshop are geniuses and a large part of the creative industry in New Zealand having worked on numerous large scale international film projects including Lord of the Rings, Hobbit, King Kong, Godzilla and Mad Max. We partnered with their digital effects department – Weta Digital – to bring this project to life. As industry leaders, we knew they would have the capacity to manage such a complex job.

LBB> What kind of conversations led to the idea of creating these portraits?

TE> We were looking for a fresh and innovative way to bring the issues of road safety to life. New Zealanders hear a lot about road safety. Well funded government bodies, with huge advertising and production budgets, make ad after ad every year telling drivers to slow down, to watch what they drink, to take care at intersections, and so on – until eventually these messages just wash over the great majority of road users.

For this reason, we didn’t focus on showing drivers their own behaviour once again. Instead we found a unique and highly emotive way to really bring home the true cost of just one wrong driving decision. They do not just take a life, but the take of everything that life could have become.

LBB> The families involved volunteered to be a part of it - how did you go about finding them?

TE> We worked with an independent researcher who made contact with the families and discussed the project. The researcher identified families who had lost children to road crashes, who were willing to help reduce the likelihood of this type of tragedy happening to others.

LBB> Can you talk us through the process of creating the portraits? What kind of tech was involved?

TE> Starting with a collection of childhood and family photographs, a forensic specialist created an artistic impression – or digital sketch – of how each child lost would look in 2015. Weta took this digital sketch and then applied the process they would use in developing a 3D animated character, to create a real person, as they would appear today.

Weta Digital used a series of programmes to develop and refine the image to an incredibly realistic portrait. Starting with the forensic artists’ digital sketch, they begin the 3D modeling process in Maya.

Finer details were sculpted in a programme called Mudbox, before textures were applied to the 3D model in a different custom built programme called Maury. Next was ‘displacement’ where incredible details such as hair and skin pours were applied. Images were then rendered, where the subsurface was applied, giving a realistic translucent quality to the skin.

LBB> What did you learn from working with the forensic specialist?

TE> The forensic specialist was amazing. With over 40 years experience, he taught us about the unique characteristics of each person’s face, the commonalities between family members, and how faces age over time. This whole project has been an incredible mix of science and art.

LBB> What was the media plan for the campaign?

TE> As mentioned, earned media and PR were absolutely critical to the success of the campaign. The campaign launched through NZ’s most watched current affairs show, revealing the moment each family saw their loved one again, in front of more than 13% of the country. The story stirred up an incredible response in social media, and within 48 hours it was also picked up on our most watched breakfast news show, the country’s largest and most read newspaper, the number one online news portal, and the most popular women’s magazine. We supplmented this enormous attention through cinema, outdoor and print media. All designed to create further awareness of the initiative, directing Kiwis online to view the portraits, stories and shareable content created.

LBB> It’s a very powerful and moving topic - how has working on this campaign affected you personally?

TE> For all who have worked on this campaign it has been incredibly emotional, yet overwhelmingly positive and powerful. Our Senior Art Director, Lisa Dupre, said it well: “Meeting the families and presenting them the portraits was a profoundly moving experience and I hope that this campaign will touch people in a meaningful way.”

LBB> What were the trickiest components of this campaign and how did you overcome them?

TE> This has been a very complex project and as a result there have been many tricky parts. However, without a doubt the most critical has always been ensuring that the final portraits would be respectful of the memories of those who had died, and would be received well by their families. Ensuring they were accurate and real has always been our highest priority.