Your Shot: How W+K Shanghai and The Sacred Egg Achieved Gamefulness 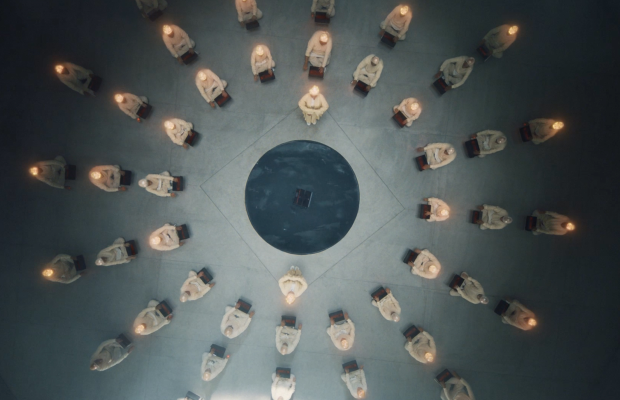 In 2019, the gaming industry is nothing short of a global juggernaut. Estimated by some to be worth $300 billion by 2020, nobody should need convincing that gaming is worth taking seriously.

And yet, especially in some parts of the world, the industry has an image problem that it can’t shake. In China, despite the country having some 600 million gamers, large parts of society perceive the hobby as something of a ‘waste of time’. For Wieden + Kennedy Shanghai, the launch of the HP OMEN gaming laptop was an opportunity to push back against that myth.

The campaign humorously focuses on the real-world benefits of gaming as a hobby, such as improvements to team working skills, mental stamina, responsiveness, memory, and even creativity.

To find out more, LBB’s Adam Bennett spoke to Ian Toombs, executive creative director at W+K Shanghai, as well as directing duo The Sacred Egg (Alex Mavor and Ed Kaye) who were all behind the campaign.

LBB> What were your initial aims going into this campaign?

Ian> There are 600 million gamers in China. It’s mainstream and massive. Our goal for HP OMEN with ‘Achieve Gamefulness’ was to celebrate gamers and the positive impact that gaming has on the brain.

LBB> Can you talk us through ‘Achieve Gamefulness’? Where did that come from?

Ian> Early on, our planners found some wild data on gaming. For instance, keyhole surgeons who game perform 37% fewer errors, gamers can improve memory by 12% when gaming 30 minutes every day for two weeks, action video game players respond approximately 12% faster than non-video game players. The real-world benefits of gaming are crazy but true and that’s where ‘Achieve Gamefulness’ really came to life. It’s a tongue-in-cheek play on ‘mindfulness’. It’s philosophical. It’s based on real science. That said, it’s intentionally ridiculous.

Alex and Ed> It's two words: ‘Achieve Gamefulness’, but it conjured so much in our imaginations. We've long been interested in the architecture of Tadao Ando. He combines something ancient with something modern. It's minimalist and spiritual. We liked the idea of doing something similar in these films for ‘Achieve Gamefulness’.

LBB> What was the casting process like, and what were you trying to achieve with it?

Ian> The main characters in our films are the ‘Gamefulness Masters’. These are superior beings who have achieved the highest level of enlightenment by playing video games. You can tell they’re extra special by their giant glass skulls with golden balls of light orbiting inside of them. Alex had the brilliant idea of casting identical twins and we loved it.

Alex and Ed> Each film is only 30 seconds so we wanted to come up with something memorable for the Gamefulness Masters. We liked the idea of casting twins - it's instantly iconic. We also wanted to cast women. Most traditional associations with gaming are male and we wanted to reflect a more modern take on it.

LBB> Where did you shoot the spots?

Alex and Ed> Shanghai. We had one external location for the opening shot. The bridge leading to the gamer training facility is a real bridge. We then built a rather large 360-degree set complete with a roof for the interior.

LBB> The costume design - who had the idea for those amazing hats/helmets?! And why was that the right choice for these spots?

Ian> The central icon of the campaign is the human brain because that’s where all the good stuff is happening. Our key visuals drew inspiration from campy science illustrations where brains were illuminated to indicate positive brain activity. We used real brain-scan technology to create a visual performance for 300,000 people at China’s largest gaming convention. In film, we crafted beautifully illuminated brains inside glass skulls. We didn’t think it was possible to build a human tree or rig 100 people with LEDs synchronized to music but The Sacred Egg pulled it off.

Alex and Ed> The key visuals for the campaign played with the idea that gaming affects your brain. We liked the idea that as you ‘Achieve Gamefulness’ through gaming your brain becomes more powerful. We wanted to show this so we decided to give everyone glass skulls. And to make people’s brains illuminate when they are gaming or having a moment of ‘Gamefulness’. Just because it kind of looks cool.

LBB> There's a sci-fi aesthetic to these spots – was that intentional, and if so, why?

Ian> Definitely. Our goal was to create a futuristic, super-ownable world for HP OMEN unlike anything we’d ever seen. So we imagined a fantastical place where gamers could come together in a sophisticated and surreal celebration of gaming’s real-world brain benefits.

Alex and Ed> We wanted to create a world that was a hymn to gaming. A celebration of gaming. Somewhere as cool and imaginative as the worlds that exist in games. If we didn't compete on that level of intrigue and entertainment then why would gamers look up from their games to watch our ads?

LBB> Did you draw any inspiration from sci-fi films?

Alex and Ed> We did borrow but we always try not to steal. We're a big fan of Moon, High Life, Alien, Ex Machina, Melancholia to name a few. We didn't set out to make a ‘sci-fi’ ad but ‘Achieve Gamefulness’ encouraged us to approach it like that. It's very rare that you get to create such a complete universe with a tone and aesthetic and a singular idea driving it all. It's one of the things we love doing as directors. And it requires everyone to be on board - it's made up of tiny details in all departments all of which have to cohere in order for the viewer to suspend their disbelief. If you chip away at them the whole thing comes crumbling down.

Ian> I’d like to give a GIANT THANK YOU to our phenomenal HP clients for getting behind this bold and surreal work. And special thanks to Napier Bonnet at Rical for composing original music so good it transcends advertising. Gaming is so much fun to work on because it’s a fantasy world so everything you dream up has to be creatively fantastic, which is an awesome challenge.

Alex and Ed> If we obey the laws of sci-fi then the next Omen campaign should be another trilogy but a prequel to these, explaining how all gamers got their glass skulls... 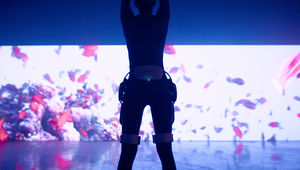 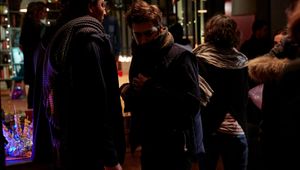 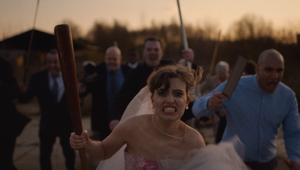 Have Some Sympathy for the Devil, He Was Bullied at School 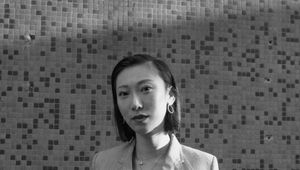 Hamlet Opens its Doors to the Far East
View all News 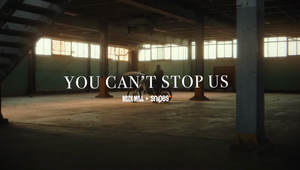 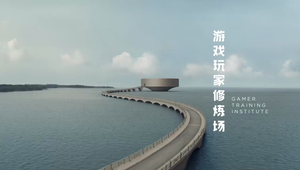 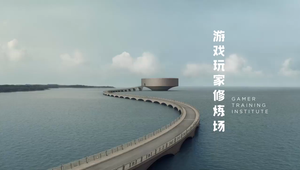 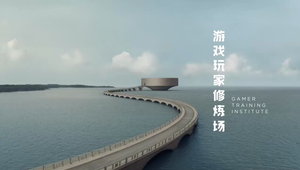