Your Shot: How the Mumbai Police Taught Reckless Honkers a Lesson They Won’t Forget 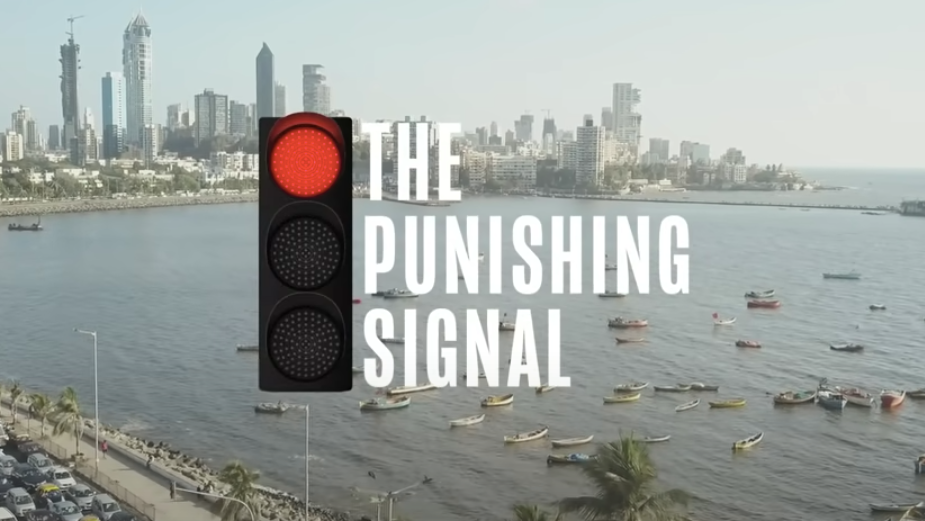 Mumbai is one of the world’s most densely populated cities – and with more people comes plenty more noise. In light of this, and the high levels of noise pollution around the city’s streets thanks to impatient drivers, the team at FCB Interface worked with the Mumbai Police to create The Punishing Signal.

The #HonkResponsibly campaign was depicted through decibel metres connected to traffic lights around the city. When the level of sound reached 85dB the signals would reset themselves – making already impatient drivers wait longer at red lights.

While the humorous campaign serves to highlight the problem with noise in Mumbai, the agency’s chief creative officer Robby Mathew explains how the campaign’s aim was to bring around a real change in the way motorists behave.

LBB> What a brilliant concept! What inspired The Punishing Signal?

Robby> Try sitting in traffic in Mumbai with some 200 motorists honking all around you. You have only two desires then. Desire one is to be somewhere else. Desire two is to get out of your car with a cricket bat and punish them.

Desire two was the inspiration for the idea. On a more serious note, what is the best way to punish a person who is honking impatiently? Make the honking counterproductive. The more he honked, the more he would have to wait!

One thing led to another and the Punishing Signal was born.

LBB> How did the plot for this come together?

Robby> It came up in a team discussion and brainstorming. From a “what if” scenario, really. What if we took away the satisfaction one may derive from honking indiscriminately, and simply made it counter-productive.

LBB> How did you shoot the film? Was it done before the lockdown?

Robby> Once we got the requisite permissions from Mumbai Police, some signals at key locations were turned into Punishing Signals. Then the film was shot in real time over a couple of days. It wasn’t really easy, because most of the work was done with hidden cameras. Yes, the shoot was done way before the lockdown. It wouldn’t have been possible otherwise.

LBB> What were the biggest challenges you encountered on this project?

Robby> The biggest challenge was to develop the tech for the decibel meter attached to the signal. Because tech development is not something we do quite often; it’s not one of our core competencies, so to speak. Finding the right expert to help us develop it was also a challenge

LBB> There is a lot of humour within the piece, but do you hope the clip sends out a deeper message?

Robby> The core objective of this activity was to bring about a real change in the behaviour of Mumbai’s motorists.

LBB> Where did your creative inspiration for this piece come from?

Robby> Indian streets and homes are bursting at the seams with stories and experiences. You just have to be awake and receptive.

LBB> What was the public's reaction to this? Was it what you expected?

Robby> The video went viral within a few hours of it being tweeted. By the next day, we at the agency started getting the same video on WhatsApp from different parts of the country and the world!

Within a month, it garnered around 6.6 billion impressions. Most satisfying for us was the news that the administration of three other Indian cities were planning to implement the idea.

LBB> Has there been a decrease in honking since this went out?

Robby> We would like to believe so. The department was in the process of installing more Punishing Signals at many other junctions in the city, when the coronavirus struck, and Mumbai went into lockdown along with the rest of the county.

The virus and the resultant lockdown is doing a phenomenal job of keeping decibel levels down!

LBB> On a personal level, are projects like this important to you?

Robby> If one of the noisiest cities in the world is quieter, more considerate, and slightly more liveable, and you have a hand in making that happen, isn’t it satisfying?