Your Shot: How LOLCats Are Saving Tigers for Greenpeace

Behind the Work 638 Add to collection

Mr. President’s Thea Hamrén on a playful campaign with an important message 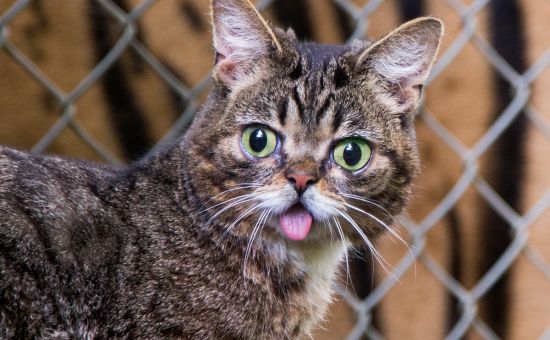 Forget porn, the most powerful force on the Internet is cats. Cute cats, ugly cats, grumpy cats – there’s no escaping their feline charms. Some amass millions of social media followers while others even have their own personal manager – yes, really. So what if these miniature felines could help out another member of the cat family – the tiger? That’s the aim of this new Greenpeace campaign. Upon learning that we moronic humans were responsible for reducing the number of wild tigers to just 3000, London-based agency Mr. President approached the charity with the idea of using ‘cat-lebrities’ to save their endangered, bigger sisters. LBB’s Addison Capper spoke with Mr. President Creative Director Thea Hamrén to talk LOL cats saving big cats.

LBB> You approached Greenpeace yourselves about this project. Why was it important for you guys to get involved?

TH> At Mr. President we’re encouraged to bring our passions to work, and share ideas for projects we’d like to do outside our normal client base. Once in a while comes a very simple idea that you can’t get out of your head - the thought of the biggest cats online helping the biggest cats in the wild was just so actionable that we had to jump on it and give it everything we had. Greenpeace jumped on it too which was a dream come true - saving tigers and working with LOL cats at the same time.

I think it’s important for us, and our industry in general, to use our skills for good – if we won’t, who will?

LBB> The idea and execution is quite different from what Greenpeace would usually produce. Did they take much convincing to come on-board and buy into it?

TH> Greenpeace is an organisation that’s open to new ideas. They said ‘Let’s go’ in our first meeting, and we went full speed ahead. It’s been a very collaborative process, and an experiment for all parties involved - in the way the campaign is run, the approach and the audience we’re hoping to engage.

LBB> Was it always the plan to take quite a playful approach?

TH> The plan was to be real, lo-fi, fun and warm – just like the internet world these cats exist in. Sometimes you need a playful approach to get people to take notice of a really serious issue. 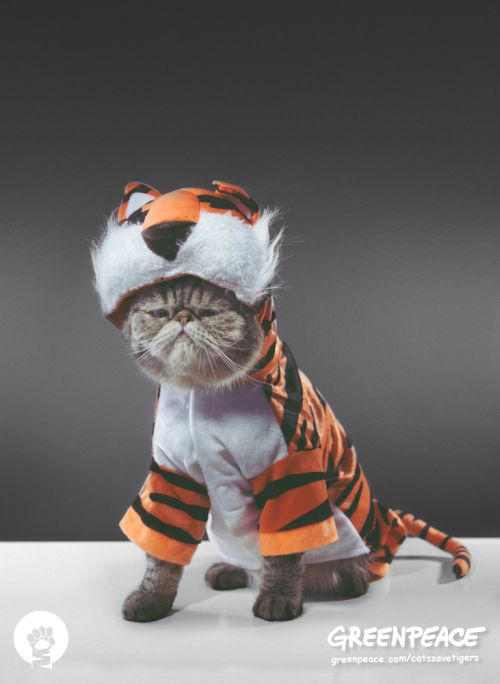 LBB> Talk us through the casting of the film - what criteria were you looking for in your feline stars?

TH> We were looking for real cats with real personalities (and owners) who had an engaged group of followers, and a genuine interest in saving the tigers. It’s been amazing to see our cat owners’ dedication and willingness to help.

LBB> What was the strategic thought process behind using cat-lebrities?

TH> Cats have become one of the strongest forces online, a modern vehicle for communication. People of all nations, age groups and languages can unite over a single cat picture. Cats are simple. Yet mysterious. They leave room for interpretation. We can see this in the meme-world as well as in office emails. To work with and unite these forces to build something good was the start of the thought process - and what we’re hoping to achieve.

LBB> Despite its fun nature, the campaign carries a very serious message. How did working on it affect you personally?

TH> It becomes unreal. It is hard to grasp that we’ve driven this powerful species to the brink of extinction in just 100 years.

I have a deep respect for Greenpeace and all organisations working around the clock to do something about it. The masses need to open their eyes to these problems. I think we need to talk about the hard facts differently as well - to attract the people who would normally turn a blind eye to them. This project has affected me massively and I hope to be able to continue working with the cause. 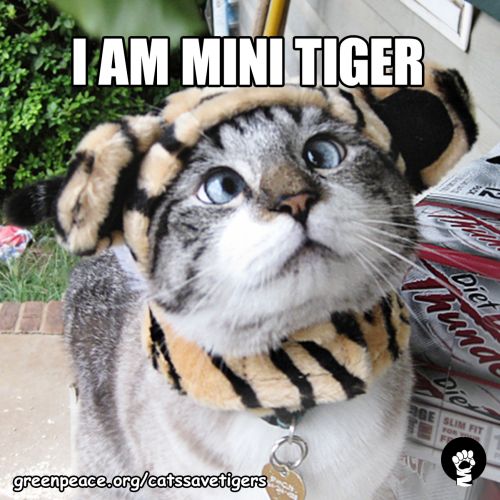 LBB> Tell us about the production - did you actually shoot each cat or were the clips already recorded?

TH> Each owner shot tiger-inspired clips of their cat and sent them to us. Almost all the content in the film is new, except for a couple of old favourites. Lil BUB and his owner Mike actually went to an Exotic Feline Rescue Centre in Indianapolis to meet real tigers, as shown in the video. BUB is very brave!

LBB> How is #CatsSaveTigers set to evolve?

TH> Initially it’s an awareness push for Greenpeace’s work to save the tigers around International Tiger Day. We’re excited to see what comes out of it and how we can continue the initiative.

LBB> What were the trickiest parts and how did you overcome them?

TH> One of the challenges was definitely to get the right cats onboard. Getting to know how the ‘cat-universe’ works online has been very interesting - from cats who have their own managers to really devoted owners, to rescue cats fighting for animal rights. In the end we managed to get in contact with the right owners and cats, who took a real interest in the tiger issue and wanted to help out.