Your Shot: How LEGO and Facebook Are Showing Off Kids’ Creativity with the Kronkiwongi 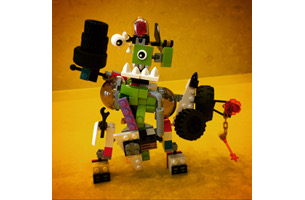 What on Earth is a Kronkiwongi, we hear you say? Well, in truth, it’s nothing. And you won’t be finding the word in any dictionary, for it cannot be defined. But that’s the best thing about a Kronkiwongi. It’s anything your imagination wants it to be.

In a bid demonstrate the creative awesomeness that kids possess – and that adults all too often lose as they grow up – LEGO teamed up with Facebook Creative Shop to launch a series of unscripted and totally charming films in which children of different nationalities were asked to build and explain what a Kronkiwongi is. LBB’s Addison Capper chatted with LEGO Director of Global Social Media and Search, Lars Silberbauer-Anderson, and Facebook Creative Shop Creative Strategist, Jill Gray, to talk collaborative thinking, creative kids and, perhaps most importantly, what their interpretation of Kronkiwongi is.

LBB> Tell us about the whole idea – what’s the aim of getting these kids to create a Kronkiwongi? What kind of research led to the idea?

LS-A> We know that every child embarks on life with curiosity, limitless creative potential and a desire to express their creativity through play. On average, 98 % of three-year olds have genius levels of creative thinking and their brains constantly look for different opportunities and solutions. But just 2% of people over the age of 25 retain that level of creativity, and creativity in general tends to decline with age. We wanted to celebrate the universal potential of creative play and create an unscripted experience that would resonate with parents all over the world. A Kronkiwongi is not in any dictionary and cannot be found anywhere. It cannot be truly defined because it is anything that a child can imagine and build. And when it comes to building a Kronkiwongi, there is no right or wrong! This embodies magical moments of limitless creativity, which parents all over the world witness every day.

JG> The whole point of this project is to celebrate children’s creativity, and to show that they have the imaginations that grown-ups can only dream of. By asking kids to create a Kronkiwongi – something that doesn’t actually exist – we were able to capture the magic of children’s imaginations, while reminding parents around the world of the small but mighty role that LEGO bricks can play in inspiring their kids.

LBB> Why did you approach Facebook Creative Shop for this project, as opposed to a more traditional agency? I believe it was a very collaborative affair – can you tell us a bit more about that?

LS-A> Our brand mission is to inspire and develop the builders of tomorrow. One of the ways we do this is by engaging and inspiring parents through our digital and social media channels. Ultimately Facebook is all about people and it is one of the biggest online platforms used by parents, especially when they want to share and celebrate their children’s achievements. The platform provides a meaningful space for us to reach and connect with parents about the things that matter to them, and working with Facebook’s Creative Shop to bring this to life was a natural fit. We have collaborated closely over the past year to tell the story of these very different and incredible Kronkiwongis, and we’re really proud of what we have achieved.

JG> The entire campaign has been collaborative from start to finish. That’s really what the Creative Shop’s all about; working closely with brands to bring their ideas to life and tell their story in fresh and innovative ways. Ultimately, we want people to be delighted by their News Feed – not just by the content from their friends and family, but from brands too. LEGO came to us with their insights, challenges and ideas, and we worked together to craft those initial thoughts into something tangible, authentic and engaging, and that felt true to the LEGO purpose of inspiring the builders of tomorrow.

LBB> What kind of brief did Lego approach you with?

JG> We started working closely with LEGO about a year ago, when they approached the Creative Shop with the challenge of reminding parents of the power of kids’ imaginations – with a little help from a box of LEGO bricks.

LEGO already has an incredibly powerful community on Facebook, but they wanted to take this further, making the most of Facebook’s huge video opportunity to engage with millions of parents all over the world. We know that video is increasingly becoming the vehicle for much richer storytelling which, when combined with Facebook’s sophisticated targeting tools, creates a powerful platform for brand-building at scale.

LBB> What inspired the campaign name?

LS-A> When I was a kid, my mum, who used to be a school teacher, had a great trick for occupying my brother and I when we were bored. She used to tell us to go and build a ‘Kronkiwongi’ out of LEGO bricks. When we were brainstorming ideas it came to mind, and from this, the Kronkiwongi project was born!

LBB> How did you find the kids that starred in the films? They’re excellent!

LS-A> The kids were amazing! We held castings and invited families from different countries and cultures to come and spend time building with LEGO bricks, then we filmed the children in their own homes with their parents present at all times. This really helped keep the experience as authentic as possible and ensure they were free to create whatever they wanted when we asked them to build a Kronkiwongi.

JG> Thank you! We think so too! Our brief was on finding real kids to just be themselves, not portray a defined role. We wanted authenticity above all else. To find them we went with a mix of street casting and searching at schools and playgroups. Many of them have never been in front of a professional camera before, and all of them were chosen based on their comfort with being their very different and very awesome selves.

LBB> Which other companies did you work with on this campaign?

JG> As well as the LEGO team, we collaborated with RSA Films, who worked closely with us to develop the ideas and create the final films.

LBB> Personally, what was the most memorable moment during the project’s creation?

LS-A> It was amazing for me to see the kids responding so naturally to being asked to build a Kronkiwongi – something that doesn’t even exist! Not one of them asked what a Kronkiwongi is, what it does, or what it means. They set to it right away, and just watching them build such creative and imaginative things and creatures was really a special moment. It took me right back to my childhood, when my mum would send me off to build a Kronkiwongi to keep me entertained!

JG> On the first day of the first shoot, we were all excited but of course nervous at the same time. So much depended on the kids! Before we started rolling the continuity person told us to just tap her shoulder whenever the child said something that we wanted her to take note of. I’m pretty sure that poor woman nearly left the first day of shooting with a bruised shoulder! The kids were just so incredible and saying such incredible things that we could never have scripted ourselves. We just kept tapping and tapping and tapping and tapping that poor woman — ‘Oh that one!  Oh my gosh that one too!’ – from the moment the camera started rolling ‘til the moment it stopped. We knew were going to be able to tell amazing stories right from the first day of filming.

LBB> Can you show us your Kronkiwongi?!

LS-A> It’s a Magical Tyre Creature, who is always available to help you out with your car! 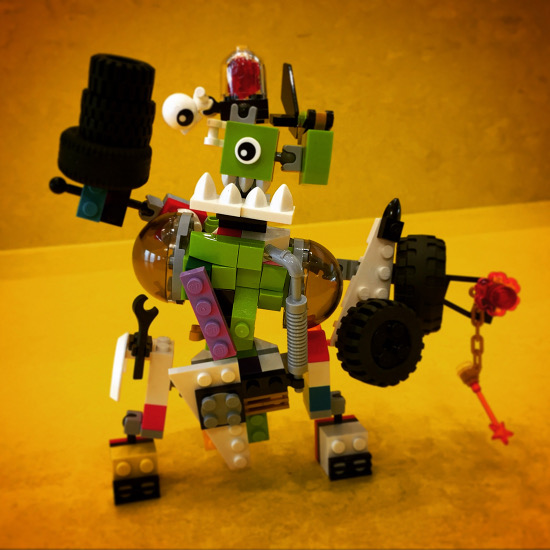 JG> It’s a mobile spa that is open 24 hours, serves the best red velvet cupcakes at its Red Velvet Café, costs nothing, and always has openings even at the very last minute.  How’s that for imagination? 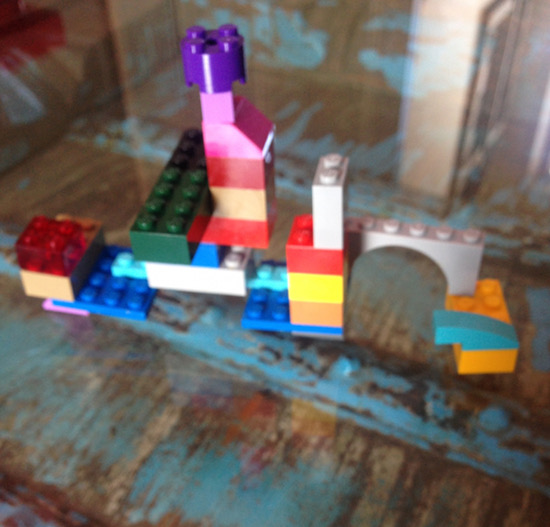