Behind the Work 359 Add to collection 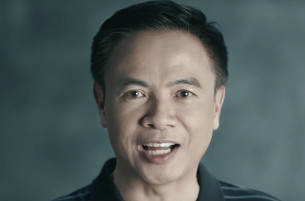 Families desperate to find their missing loved ones rely on the sharp eyes and kind hearts of strangers. But despite our best intentions, it can be hard to memorise faces from missing persons ads and then remember to stay vigilant. That’s why BBDO Bangkok and The Mirror Foundation decided to figure out a way to make it easier for members of the public to commit strangers’ faces to memory – and they did it using a surprising brain hack. They found that when strangers looked very similar to a well-known celebrity or to a person’s close friend or relative, that person would then find it easier to remember that stranger’s face. The ‘Missing Lookalike’ campaign has ignited a flurry of interest and positivity in Thai media and beyond. LBB spoke to BBDO Bangkok Associate Creative Director Kusuma Ruchakityanon to find out more.

LBB> What kind of brief did The Missing Foundation initially approach you with?

KR> We came up with the initiatives because we always question if the missing person posters really help. The posters are everywhere, on LED screens, buses, or Facebook posts, but we could hardly remember the face of the missing person. If this is the case, how can we help them when we can barely recognise them?

So this campaign started from here. We want people to memorise the missing persons’ faces because the more people can remember, the more clues about the missing people they will be able to find.

KR> For the research process, we concentrated mainly on how to make it easier for everyone to memorise the face of missing person. While looking through all the pictures of missing persons, we started to notice that some of them look similar to our friends, Thai celebrities, or even international superstars! And this inspired us to initiate the new way of recognising the missing person from faces we are familiar with.

LBB> Can you tell us a bit more about how the brain function in this way?

KR> To validate the idea and see if it would really work, we consulted with Dr. Sarinporn M. Tipudom, Neurologist at the Brain Center at Bangkok Hospital Medical Center, and Dr. Pantila Tantirithisak to seek professional advice and scientific proof. They suggested that one of the ways the brain’s frontal lobe memorises things is through connecting the new information to information that’s already in the brain. This is especially the case for visuals. We even found many scientific studies that support this fact.

LBB> Numerous celebrities are involved - how did you match them up with a missing person?

LBB> What kind of reaction have you had since the work launched?

KR> The reaction to the campaign is tremendously unexpected by us and the client. Less than two hours after the launch, the campaign received free PR from many websites in Thailand, and that same day, many news channels started to contact us for more information on this campaign. #TheMissingLookalike has become one of the most tweeted hashtags. We even gained more than 1 million organic views within 30 hours. What’s even better is that we actually got feedback that this campaign has really helped those who have seen the campaign to memorise the missing persons’ faces better.

LBB> How can the public get more involved?

KR> The trickiest component of this campaign was time. Within two months of developing the campaign, the missing persons who were advertised initially were found dead. So, competing with time was something we had to face because the faster we could publish this method of memorising faces, the more chance there is in finding the missing persons.

The hardest part of developing the campaign wasn’t simply finding as many celebrities as we could that look similar to the missing persons; we needed to find celebrities who are famous enough that would work on the brain level with the mass audiences. Fortunately, we made our way through this thanks to the kind cooperation from all sides, which we are all thankful for.

Kusuma Ruchakityanon is the Associate Creative Director at BBDO Bangkok

BBDO Singapore's Monica Hynds: "We Need Our Clients to Push Boundaries with Us"
View all News