Your Shot: How an App from JWT and Listerine Is Helping Blind People Share Smiles

J. Walter Thompson creatives Will Brookwell and Will Helm on using facial recognition technology for something really quite powerful 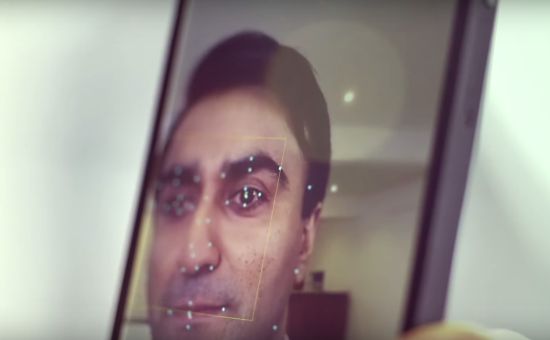 There’s no form of human expression more potent than a smile. For visually impaired people, though, knowing when somebody is smiling at you is not always a straightforward affair. To combat this, J. Walter Thompson London and its client Listerine have launched ‘Feel Every Smile’, a remarkable app that uses facial recognition and a phone’s camera to detect when somebody is smiling which then prompts it to notify the user via a beep or vibration. The app launched alongside an extremely emotive film, directed by Pulse’s Lucy Walker, that features four blind people testing it out for the first time and, ultimately, demonstrating how neat a bit of kit is. The creative was developed by J. Walter Thompson creative team Will Brookwell and Will Helm. LBB’s Addison Capper caught up with them to find out how they brought it to life.

LBB> What was the starting point for the project?

WB&WH> Our starting point was deciding to take a more human and thought-provoking approach to the brief instead of a normal product lead route. For us smiles are a defining human characteristic, and proved far more interesting to explore when we were coming up with the idea.

LBB> What inspired the idea for Feel Every Smile?

WB&WH> Sometimes the best way to show the importance of something that we take for granted is by showing what life is like when it's not there. We took a lot of inspiration from talks and science papers that have been written about smiling and the incredible effect they have on us every day.

It occurred to us that there are people in the world that can't experience every smile, so we came up with the idea to use technology to help them feel every one.

LBB> It was initially produced for the UK market but upon hearing the idea, Listerine’s teams in other countries requested it to launch in their respective markets. Why do you think it’s proved so popular internally?

WB&WH> Essentially it's a human story and something that people can connect with regardless of their culture and language. Smiles are a universal thing, so other markets found it really easy to understand the idea and became fond of it very quickly.

LBB> Who are the people that feature in the film? How did you find them?

WB&WH> Adi is the hilarious Scottish guy you see in the film. He went blind as a teenager at the same time as two of his other siblings. Chloe is the youngest member of the cast, she was born blind and has a remarkable relationship with her granddad Bill who also features in the film. Sarah also lost her sight when she was younger and had been speaking to us about her nephew as he is one person she's never seen smile. Anna was also born blind and has an amazing bond with her guide dog. She says the dog is a fantastic ice breaker!

The casting approach was a bit different to how you would normally find people for a film. We initially reached out to blind charities and spoke with people through Gina Badenoch, a friend of the director, who runs workshops with blind people.

Eventually word of mouth spread in the community about the casting and others came forward. It was an unusual but fun casting day with lots of dogs everywhere.

LBB> Were you nervous at all about the reactions they’d give? Were you surprised at just how emotional they were?

WB&WH> We were nervous because the film is completely unscripted, but we always knew that with the right time and people to explore the topic that we would get something really insightful. We weren't completely surprised by their emotions as it's a poignant subject, but it was some of the smaller things we didn't know about that really moved us.

LBB> Why was Lucy Walker the perfect fit to direct the film?

WB&WH> We found Lucy's reel and loved her approach to making short documentaries. We particularly loved her film for Intel about 3D printing a prosthetic limb for a boy in Africa. It was only later that we found out she had been academy nominated for a documentary she made about climbing Everest with six blind youths and had an amazing relationship with friends and other people in the blind community.

LBB> Who did you work with on the development of the app?

WB&WH> The app was developed with a company called Fonesense, they're based in Ireland and were great at turning something around in a short period of time for us. As we developed the app further we worked closely with the RNIB to make sure that it was as accessible as possible for blind people.

LBB> What was the most memorable moment during the Feel Every Smile’s development?

WB&WH> For us, the best moment was filming Bill and Chloe play games together. That was when we really saw the idea add something to someone's life and make a difference to her relationship with someone very close.

Afterwards they both spoke about the profound impact it had on them both and that made it really special for us.

LBB> Any parting thoughts you’d like to offer up?

WB&WH> We want people to remember and realise the effect that their smile can have on those around them and themselves. A final thing to mention would be how inspired we were by the blind people we worked with and to hope that everyone watching the film is too. 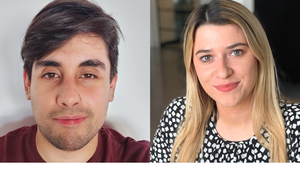 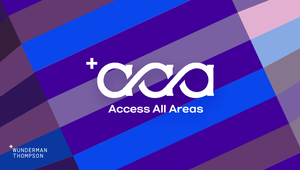