Your Shot: Hitting the Streets of Ghana with Smirnoff & Stink’s Martin Krejci

Behind the Work 653 Add to collection 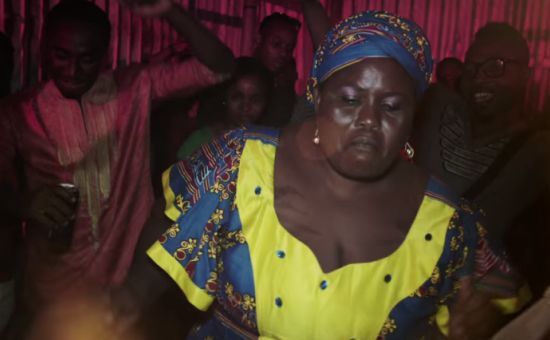 Stink director Martin Krejci heads to Accra, Ghana for this bombastic documentary-music video style Smirnoff spot. Shot for the launch of its new Ice Double Black and Ice Double Black Guarana drinks, ‘Different Side’ captures the vibe of the Ghanaian capital and its flourishing, standalone cultures, which are being driven by people arriving to the city from East and West Africa. LBB’s Addison Capper chatted with director Krejci to find out more - like pre-production so seamless it was like watching sugar melt and how local culture managed to delay an already delayed shoot.

LBB> What was the brief like from 72andSunny and why did it appeal to you?

MK> The task was to come up with a film that could draw on the passion and raw energy of its subjects and their vibrant cultures, and use that to make an engaging and exciting film. It was great to have a chance for me to work somewhere so out of my comfort zone, and great to work on a project that wanted to retain an authenticity and truth to its subjects.

LBB> The film is kind of a convergence of documentary and music video filmmaking. Why was that the right way to take the script? How difficult was it to merge the two formats?

MK> That was the idea from the beginning. I studied documentary at film school and I think part of what drew me to this project was the chance to do something that took me back to that. Mixing these different styles just felt like it was the right thing to do, it was very organic.

MK> It was like putting a spoon full of sugar into a hot cup of tea and watching it melt.

LBB> What was the casting process like? What were the criteria? And how much was actually casted and directed, and how much was natural people on the street?

MK> We went for two different styles of casting. We cast professional actors as a safe option, but I was very pleased that the agency was supportive of my preferred approach, which was to dive into the local art and music scenes and pick up some great authentic characters. By the end of the process we had seen over 300 people from Ghana and Kenya and ended up with Kazooka (the first hero) and Quabene (the boxing rapper). We went with a professional actor for the third hero. The majority of the sets were built – barbershop, boxing ring, market – and people were either cast specifically for the part or they were there as extras. Our goal was to make it so that it didn't look built or prepared; again the authentic aspect was crucial.

LBB> The production took you to both Ghana and Thailand - why did they offer the perfect settings for the film? Why did you visit both?

MK> We wanted to go to Ghana, because it is where the story takes place. Bangkok was for the global version of the spot, where we had the Asian and European parts, which we built and cast in Bangkok.

LBB> How long was the production?

MK> We spent over 5 weeks in Ghana and Bangkok.

LBB> What are the most memorable parts of the shoot?

MK> We are two hours behind schedule, we are about to shoot the guy on the stilts in the local street, filled with people. We are ready with our actor and extras that surround him and then the praying starts. The whole street, around 2000 people, unrolled their carpets and started to pray. They were in the middle of the street, on pavements, everywhere... so we had to wait for 30 minutes…

MK> Not to go crazy. I’m not sure I overcame it.