Behind the Work 995 Add to collection 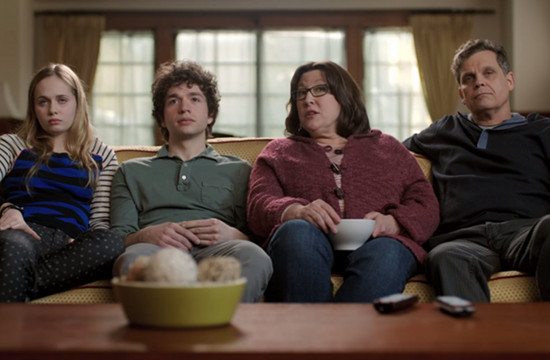 Remember that time you watched that unexpectedly raunchy show with your parents? Yeah, us too. The awkwardness. The sex. The boobs. The sex! The boobs!

SS+K's new ads for HBO's online streaming service 'HBO Go' tap into that awkwardness, letting youths know that they no longer have to cringe their way through incestuous Game of Thrones scenes with mum and dad by their side. LBB’s Addison Capper spoke with SS+K Senior Copywriter Lindsey Lanpher to get the low down on the brilliantly uncomfortable campaign.

LBB> What kind of brief did HBO initially approach you with? What were your thoughts when you saw it?
LL> HBO came to us with two briefs. One for Millennials and another for general awareness. We presented probably 5 different campaigns. Awkward family viewing was just one of the ideas within all the work. I have to give credit to HBO to spotting that idea among the many. They came to us a few months later and said let’s do this.

LBB> How did you end up at the final idea of the awkwardness around watching TV with parents?

LL> I wish I could take credit, but the big idea was actually SS+K's Partner and CCO, Bobby Hershfield. He wanted to just shoot families squirming together without any dialogue as they watched shows. HBO came back and asked us to create scripts. And since the idea is such a human truth, I had no problem diving in.

LBB> Was the campaign influenced by any personal experiences? If so, do you care to elaborate a little further?

LL> I hope anyone who watches can see their own experiences in there. For example, “Faithful” came out of nowhere for me. (Luckily my dad has spared me that talk.) But when Bobby read it he said I had somehow channelled his dad, whom I’ve never met. I guess that’s the idea. My parents were definitely not as cool as the ones we wrote, but my husband watched them and saw a much younger me in the daughter’s performance. I do remember my mother using the words “make” and “love” in reference to my step dad. And that’s a shudder I’ll never shake off.

LBB> The casting of the family is excellent - what processes did you go through to find them and why was the group perfect for the films?

LL> The cast has to be some of the best I’ve encountered in my career. And David [Shane, the director] has such a keen eye for comedy; he was able to coach some of those performances as early as callbacks. The mother, Toni, is a genius. Some of her funniest lines she adlibbed herself. I feel fortunate just to have been in the room.

LBB> The campaign could almost be a sitcom in itself - are there any plans to extend?

LL> Thanks. No plans yet, but I’m down as soon as HBO says the word.

LL> When you have a savvy client, great creative director, smart and funny as hell director and magic cast, the trickiest thing was just coming up with good content. So glad it’s been so well received. 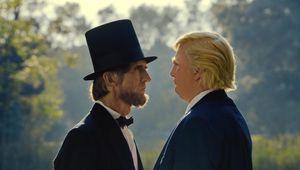