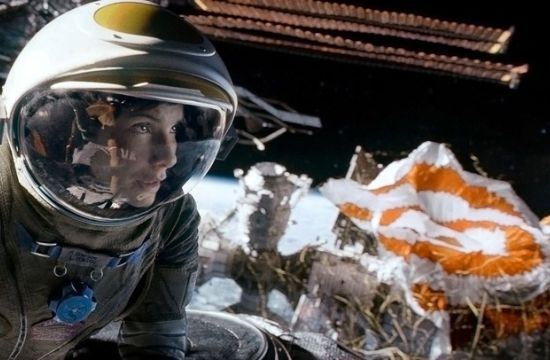 Buzz Aldrin thought it was amazing and Chris Hadfield thought it gave an impressive impression of space – and they’re both astronauts. Gravity has been wowing cinemagoers with its astounding visual effects and strikingly realistic CGI. LBB’s Laura Swinton caught up with VFX Supervisor on the film, Tim Webber.

LBB> When did you first hear about Gravity?

TW> I first heard about Gravity at the start of 2010. Alfonso came in to Framestore to talk us through it for about 45 minutes. Even then it was really gripping and exciting.

LBB> What sort of aesthetics did you want to achieve?

TW> It had to be incredibly real but it also had to be stunning and beautiful and that’s what I loved about it – balancing and achieving those two things.

LBB> How did you make sure the engineering equipment and spacesuits would be accurate?

TW> We spent days studying NASA pictures and comparing them to our shots. We were incredibly lucky that NASA publish so many pictures and videos on their website and YouTube. In terms of locations you can’t go to, you couldn’t ask for more or better reference material.

We actually did look into the mechanics of how the buttons worked and what the electronic boards might do. There’s a book called ‘How to Go the Loo in Space’ which was useful. It’s not all about that, but it’s a classic example, it’s all about the day to day world of living in space. That was very useful.

LBB> What was your first reaction when you found out how much CG would be involved?

TW> Fear. You just wonder if you can achieve it, it was the only way to make the movie but we didn’t know if it was achievable, because no one has achieved it before. If no one has done something like that before you don’t know if you’re biting off more than you can chew or not.

LBB> How did you ensure that the impressive VFX wouldn’t swamp the actors?

TW> We made sure we made it was as easy for them to do their jobs – which they are both incredibly good at – as possible, so  we made it as acting friendly as we could.  We could only that do up to a point, they had to put up with some tricky situations and they still gave great performances.  You know that if they’re doing what they do well they won’t be swamped by the visual effects and the two will work together. If either of the performance or the visual effects is bad then the other one doesn’t work. If you haven’t got a good performance inside the CG space suit actually the CG won’t look as good, because everything has to be believable for it to work.

LBB> James Cameron has called it the best space photography ever. How did you achieve that?

TW> We looked very carefully at the way light does behave in space, it is different, there’s no atmosphere to diffuse light, you get no depth fading, which presents a number of challenges.  Tricks that you use when you are doing that sort of work on the earth you can’t use in space because there is no aerial perspective, there’s no depth fading. At the same time there’s some very dramatic lighting in space so we made use of that. The research was very helpful too, having amazing real photographs of space, and there were some really amazing ones that we could use, as guides was great.

LBB> What was the process of working with DOP Emmanuel 'Chivo' Lubezki?

TW> We were working very closely together, he got involved with the visual effects and I got very involved in the cinematography because we were working on it together. He is incredibly talented and was very adaptable and able to take on board a completely different way of working – the target was the same as what he normally does,  but the tools to get there were 100% different, but luckily he is a cinematographer who is able to handle that. He was with us at Framestore some of the time, we would send stuff to him when we were doing the prelight and a little bit in post so he could review things.

LBB> How long did the whole project take and how many Framstore-ers were involved?

TW> It took around three years. The crew peaked at 250, but over 400 individuals worked on the show in total.

LBB> What was the biggest challenge you faced?

TW> The fire sequence was tricky: the physical performance we had to get Sandra to do was incredibly tricky; knowing what fire looks like in Zero Gravity that was one area that didn’t have any reference so that was hard; the dynamism of the scene was very difficult; getting the interactive lighting when it’s all fire around was tough because the lighting was part of the action.

LBB> In terms of technology, did you experiment with new techniques?

TW> Yes we experimented with lots of techniques, the LED lightbox [that they used to project reflected space scenes onto the actors]was the big one I suppose, but using the robots to the extent that we used, it was already quite new technology that Bot&Dolly were using, but we then pushed it further, the 12-wire rig was a whole new technology, some of our rendering techniques were completely new technology. The degree to which we did the tech-vis was new. The list could go on.

LBB> The response has been amazing - it's smashed the box office in the states and Buzz Aldrin said he was totally impressed - how has it been to receive feedback like that?

TW> My first reaction when it all started to go down so well was relief. Absolute relief, because when you work really hard on something for an extended period of time your biggest fear is that it’s just going to fall flat. The fact that it’s gone down so incredibly well is icing on the cake, but I’m just mainly relieved it hasn’t fallen flat because when you put that much into something you want people to enjoy it.