Your Shot: Get Playful with IKEA’s Wild and Wonderful New Campaign

Mother London, Encyclopedia Pictura and MPC take us on a journey of imagination 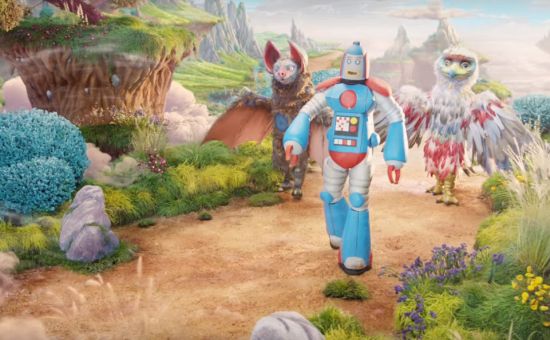 IKEA has always been a brand with a playful streak but their new campaign to new levels of imagination, whimsy and sheer freeform, childlike wonder. The film, Come Home to Play, defies description but fans of directing collective Encyclopedia Pictura (who worked on the campaign) will know to expect something very special. LBB’s Addison Capper caught up with Mother London creative directors, Tim McNaughton and Freddy Mandy, director Daren Rabinovitch of Encyclopedia Pictura, and MPC senior motion designers Stephen Ross and Tom Robinson to find out more…

LBB> The campaign is all about getting adults let their inhibitions go and get playful with their kids. What inspired that approach? Was there any particular research that led to it?

Mother> Yes, IKEA recently commissioned a global survey about play, The Play Report, which looked at the importance of play around the world. They found that kids really want to play with their parents but it is the parents who are stopping this happening. They get home from work tired and stressed. The funny thing is that playing with your kids is a great solution to both of those problems; it energises you and helps you relax. It even helps adults develop their problem solving skills. So we wanted to remind parents how fun losing yourself in play can be.

LBB> How was it for you to get into a child’s mind like this?

M> The teams involved regressed a little too easily for my liking.

LBB> Daren, what was it about this script that jumped out as something you’d like to get involved with?

DR> The script we received proposed an imaginary world that existed entirely on its own, without any brand integration until the very end. It seemed like the perfect canvas to let one’s imagination run free. Also, the refs that Mother were pointing to in their brief – Neverending Story, Japanese Movie Monsters, Wes Anderson’s Fantastic Mister Fox, Ray Harryhausen – were all beloved to me, yet diverse enough that it didn’t seem I’d be tied to any particular look.

LBB> And MPC guys, what were you thinking when this brief first came in?

MPC> We were very excited when the brief came in. The first thing we saw were Daren’s colour-coded storyboards which broke down each shot into matte painted, CG and live-action elements. The style of the ad was very present and crafted from the outset. We were already familiar with Encyclopedia Pictura's work which we are fans of, so we were sold.

LBB> Daren, from where did you draw inspiration for the character design? What was the process like?

DR> First, I did a broad Google image search to find out about the basic anatomy of both animals, and then started looking at every creature of that type people had tried doing before in films, plays, Halloween costumes, or illustration. By the end, I had a page of about a dozen reference images for each character.

I always save character, costumes, landscapes, textures, etc. that I come across that I think would look good in a movie, so I unearthed some of those images, too. The Bat character contained everything from Ernst Haeckel Bats, Gremlin’s Gizmo, Pug Dogs, ET, etc. Then I sat down and did about a dozen thumbnail sketches for each character – working on them side-by-side to make sure they would look good together.

LBB> Each one has their own little style - why did you give them all that uniqueness, as opposed to being quite similarly designed?

DR> I think that mostly comes from the creature line-up that Mother chose. I actually think of them as being very similar in style. Characters in fantasy worlds are usually very different from each other. This is a Wizard of Oz, Labyrinth, Neverending Story fantasy road movie thing.

LBB> How did you and Mother work together on the character design?

DR> I did a detailed character illustration, then went through about two or three iterations on a final design with the agency and client over a couple of days. The agency encouraged me to go wilder, the client encouraged me to go cuter. All their notes were good. I had to reassure them that I could only show them half of how cool it would be through illustration. You can’t see what it’s actually going to look like until the end – you have to go through the process of building to find the other half.

LBB> How did everyone work together on the actual world that the spot lives in?

M> MPC were amazing. Darren embedded himself within a huge team of MPC’s brightest and best and none of them came out of their darkened room until they had created an amazing world together. I’m not sure if MPC annexed Encyclopedia Pictura or if Encyclopedia Pictura swallowed up MPC, but whatever happened, it had a beautiful outcome.

MPC> Daren had a fairly clear vision of the world whilst not being afraid to try out new things. Being an artist himself he was a key member of the team, this helped speed up the process rather than having to rely on abstract feedback.

Prior to the shoot Daren worked on the CG pre-vis at MPC New York whilst we worked on environment and VFX look development in the London Motion Design department. We had a super talented team of Digital Matte Painters that really brought the piece to life. During the shoot MPC New York shot lots of reference for us to use in DMP and CG elements like the road in the shot where the robot runs down the hill.

Daren then joined us at MPC London for the bulk of the post production. We worked closely with him to sculpt all the elements and to find the right look and feel.

Everything was brought together in the comp by the 2D department headed by Rod Norman, breaking apart the 2D matte paintings in 3D space and incorporating CG elements.

MPC> The matte paintings formed a large percentage of the work and our references spanned from Dioramas in the New York Natural History Museum to turn of the century American oil painters to film concept artwork.

A good deal of time went into the look development of the clouds. Daren wanted them to be highly stylised which isn't always easy with CG simulations. We came up with some creative work-arounds to get the right shapes and forms from the software. The same goes for the fire on the robot's rocket boots. They needed to have more of a hand-rendered cartoon or anime feel whilst having the flexibility of a CG rig.

LBB> The whole thing is really playful, right down to the music. Who did you work with on the music and sound and what did they bring to the final production?

M> The team at Mother are big fans of Warp Records so we approached them directly to see if they had anything they thought would work. They sent over the Hudson Mohawk remix of a Battles track and we all knew it was the one. It felt playful and childlike but at the same time it was a total banger that got all of our heads bobbing.

LBB> How long were you working on this job?

M> The production was turned around in about 10 weeks. But from brief to final film, we are talking about a six-month process.

DR> We had under three months to deliver, including writing, concepting and storyboarding at the pitch stage. Everyone we worked with on various aspects of production said the timeline was pretty nuts – even impossible!

LBB> What’s your favourite moment of the film and why?

M> I love the moment after robot has hit the button and he is flying with his mates through that beautiful pink sky. The track, scenery and story all come together to create the emotional high point of the story. It’s a beautiful moment of triumph and freedom.

DR> I always get a little tingle when the imaginary characters cross over into the real world. I love that it happens in that weird part of the song, too. The best live-action fantasy movies all have a portal where real-world characters cross over. I think it's the only way we can enjoy a made-up world without feeling too silly.

MPC> Personally I love the second shot, where the characters are first introduced. I think all the elements from the live action set to the matte painting sit together so well. Closely followed by the shot where the robot is reacquainted with his friends in flight, because it's cool.

M> The post production had to happen very, very quickly but we knew that MPC would nail it. So the hardest thing was capturing all the data we needed at the shoot itself.

DR> Getting puppets to look emotionally connected in the moment was the hardest part. During the live shoot we used actors, puppeteered faces, even electronics, to make the characters as life-like and exciting as possible. It is a challenge to make a puppet look alive enough, especially in the age of CG. I give credit to MPC for working so hard to make repairs, enhancements – even combining parts of different takes into one performance. This painstaking post work brought our characters to the next level.

MPC> Generally speaking, finding the right balance and style of all the elements was tricky. Also the 2D Compositors did an amazing job. The characters were shot using wire rigs and it wasn't always possible to get the perfect performance. The 2d team had to splice together many different takes to get the right movements and expressions.

M> This film was a real labour of love for a lot of people: the folks in New York who made the costumes and shot it, the folks back at Encyclopedia Pictura in San Francisco who dreamt up the world, all the guys at MPC who worked night after night on it, and of course our client for their support all along the way. Everyone worked incredibly hard but I never heard one single complaint because they all believed in what they were doing. We are so grateful to all of them for creating such an amazing film.

DR> I hope to keep working in a way that allows me to combine live-action, CG, animation and illustration. I think the most interesting art comes at the intersection of these different disciplines. The challenge is to find stories where this approach feels very relevant.

MPC> We've had a great response to the ad so far and we had a great time making it. It has had a good deal of 'awwww's from people who have seen it so we're pretty happy with that. 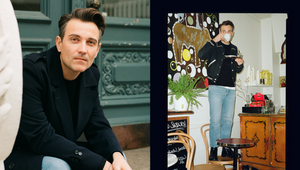 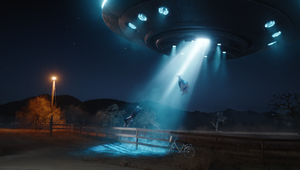 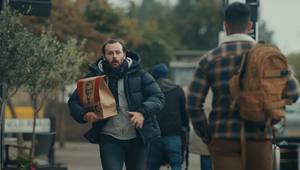 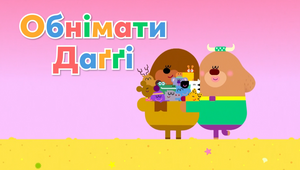 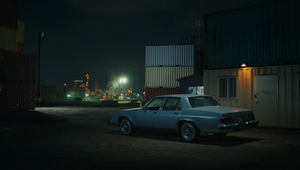 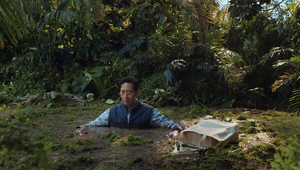 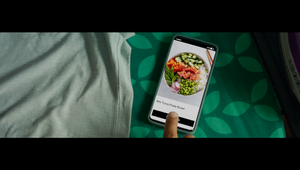 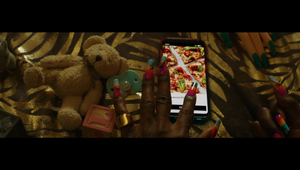