Behind the Work 785 Add to collection 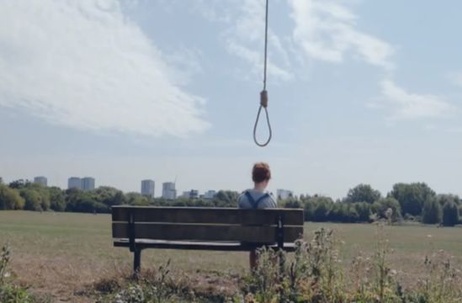 At LBB we see a lot of good pieces of work that we want to share with the rest of the industry, but every so often there’s a piece that is so moving and important that it makes you want to share it with the ones you love. #DONTRETALIATE, an online film for anti-cyber bullying charity Cybersmile is such a piece. LBB’s Addison Capper spoke to director Ed Morris.

LBB> Rattling Stick President Johnnie Frankel challenged you and the rest of the Rattling Stick roster to write and direct the piece for Cybersmile. What brief were you given and how did it result in the final production?

EM> The brief was…”there’s no money but do something good aimed at kids that helps them as much as it can”.

LBB> The concept is a pretty harrowing one, and the film is obviously meant to move viewers with its power. Did anyone have any hesitations in producing it?

EM> No hesitation but a little due discussion. It had to get noticed, something’s dead online unless it’s talked about.

LBB> What intrigued you about the project? Did you know much about cyberbullying prior to taking the production on?

EM> We knew quite a bit, but the more you dig the scarier it gets. What intrigued me was the story, the frighteningly quick narrative that seems to grip the victim from initial bullying to some kind of self-inflicted harm. It can happen in days or even hours.

LBB> How did you manage to capture the appropriate aesthetic of the spot?

EM> Light, good weather, smiling people around her, normality as a backdrop. Everything other than the rope is quite positive, almost sweet.

LBB> Why was 'People Help The People' the right soundtrack for the film?

EM> The actress sung it in the casting and she does it beautifully – it stuck. It’s hopeful and bright but also revealing personally.

LBB> What has the reaction been like since the film's release?

EM> Very strong; it’s getting a lot of attention in exactly the way we intended that it should.

LBB> What were the key challenges during production and how did you manage to overcome them?

EM> We had no money, so you’re restricted; it needed everything thrown at the casting. I wasn't going to shoot it unless we found someone very special and we were incredibly lucky.

We looked at lots of girls for the part but she was the first girl to walk through the door. She sat down at the piano and started playing the song and I nearly fell off the back of my chair.