Behind the Work 491 Add to collection 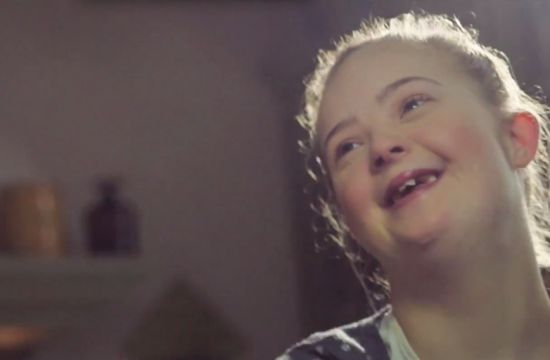 For prospective mothers, the unknown is the most frightening thing. And it’s that thought that inspired ‘Dear Future Mom’, Saatchi & Saatchi Italy’s most recent campaign for Italian Down syndrome organization CoorDown. Drawing from an email from a future mother who had learned her unborn child had the syndrome, the agency, along with director Luca Lucini, got 15 children to reply on camera. The result is moving, heartfelt and, most importantly, happy. Addison Capper spoke with Saatchi & Saatchi Italy ECD Agostino Toscana to find out more.

LBB> What kind of brief did CoorDown initially approach you with?

AT> This year the brief was really clear and simple: people with Down syndrome can be happy too.

LBB> How early on did the mother's email play a role in the campaign's evolution?

AT> The client told us about the many emails they receive, they often include requests for advice, suggestions, but also about fears and worries.  One email in particular, which was especially touching, was the inspiration for the campaign.

LBB> And what kind of conversations did you have around the email that led to the final idea?

AT> There was a long debate about the difficulty of answering those emails, and the amount of courage it took to do it. From this point of view, our client rose to the occasion again.

LBB> The children in the film say some really emotive things - how much of that was written and how much was impromptu? How much direction were the children given by yourself and director Luca Lucini?

AT> The text was written by us, but it was inspired by conversations we’ve had over the years with people through the CoorDown association – so it is as if they had dictated it themselves. The text has also obviously been interpreted and perceived by the protagonists of the video, and each one of them added some very personal things. The sensitivity of Luca Lucini enhanced these contributions.

LBB> What kind of research did you have to undertake for Dear Future Mom?

AT> No traditional research.  One could say that we undertook the research through the accumulated experiences of our collaboration with the CoorDown association. The dialogue we have had with children with Down syndrome and their families is our search tool.

LBB> Has working on the campaign changed your personal opinions on the subject at all?

AT> Yes absolutely. It happened the first time that we collaborated with Coordown and continues to happen every day.

LBB> What were the trickiest components of the campaign and how did you overcome them?

AT> This is the first time we had to work on an international project for CoorDown because the previous campaigns were for the Italian audience only. That brought problems of language, culture, religion and moral sensibilities, but I think the simplicity of insight and the original central idea really helped us overcome these difficulties.

Find out about last year's campaign #DammiPiuVoce here.
view more - Behind the Work