Behind the Work
1.1k 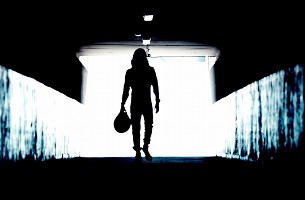 How do you glam up Formula 1? It's already pretty glam as it is. The answer, apparently, is ladies in six inch stilettos and latex hot pants working their thang in the pits, one of the world’s biggest music stars and a story even more dramatic than the Hamilton-Rosberg tiff of the 2014 F1 season. But that’s not all this new music video for David Guetta and champagne brand MUMM has to offer. It incorporates some of the best dual screen technology that we’ve seen yet. Created by My Love Affair and directed by Jonas Åkerlund, it’s super simple to use and features two separate videos that cleverly sync up at certain points as the story lines jump between screens. Try it out for yourself at davidguetta.tv. Or you can watch the single screen version on YouTube below - but you really should experience it in full. But before you do any of that make sure you find out how My Love Affair pulled it off. Co-founder and CEO Raphael Aflalo spoke with LBB’s Addison Capper.

LBB> Where did the idea for a dual screen promo come from?

RA> Both our artist and client were looking for something really innovative to launch this campaign and we wanted this innovation to be focused on the official music video. Knowing the consumer market well, we were looking for something that would combine people’s constant need for exclusive and additional content, along with their ever-higher usage of mobile devices. The dual screen experience came as a natural idea because users are consuming music videos on their mobiles and computers, so we wanted to make it a double experience!

LBB> It’s a very original idea - were you ever worried about its feasibility?

RA> There are always high feasibility risks when you innovate, especially when you are aiming for perfection like we were here. We were, however, not worried about its feasibility, but rather with the timing of it all which had to work within David Guetta’s release plans in order to provide with the best experience.

LBB> Who did you work with on the technical development? What technology went into the project?

RA> This dual screen experience was developed in collaboration with two young creative directors – Alexandre Saad and Esteban Lebouc Merlin with a mobile production company called DV Mobile. The experience allows the viewer to use their mobile phone to interact with the video in a unique way. We created a custom YouTube page for the occasion, which allowed us to create this kind of development, as well as a server on which we hosted the content. By entering a code into the phone a connection is made with the laptop playing the music video. This instantly unlocks a new piece of video content from David Guetta’s track.

LBB> What did you learn during the production of the video?

RA> We are used to working with high quality video productions – as we had done before, for example with our client Renault. One of the most interesting parts was bringing the creative inputs of director Jonas Åkerlund, who has worked with the likes of Jay Z and Beyoncé, into the mix of our artist and client’s objectives.

LBB> What inspired the film’s script and narrative?

RA> The whole concept of the video for ‘Dangerous’ was based around the story of two friends who grew up together and developed a rivalry as they’d become champions in the same field. This rivalry reaches a climax as the two opponents race for victory, but friendship overtakes it all at the end. The film’s script and narrative was based on the song’s lyrics first, but also included various key components, such as MUMM’s sponsorship of the F1 Championship and the famous scene of the champagne splash celebration.

RA> First of all – and this may seem obvious – but the planning around the shoot was hard work. Having so many extremely busy profiles like David, Romain Grosjean, James Purefoy, the director Jonas and a race track that was available with the Lotus F1 and their 30 engineers available on the same two days was really complex. And having to work in both the artist and the brand’s best interests is always the trickiest part. The whole concept around such brand content experiences involving celebrity talent is that they are a subtle combination of both parties’ environments. Bringing exposure to a project whilst spreading the brand’s core message: in this case, MUMM’s ‘DareWinCelebrate’ was just a perfect fit with the storyline of this music video and the whole experience that goes with it.

Another challenge during the production was to anticipate the different scenes of the double screen. We had to organise the shoot to make sure we captured the necessary exclusive content for the digital experience, for example David calling on the user's mobile from the desktop’s screen.

LBB> And how about the most memorable moment?

RA> Being on set and seeing these Formula 1 drivers and cars driving on the track as we were shooting these scenes was unbelievable! Everyone from David Guetta to the video director had an incredible experience that day, all chaperoned by French F1 champion Romain Grosjean. And of course the post-shoot celebration, when we had hundreds of bottles of Mumm champagne to enjoy!