Behind the Work 246 Add to collection 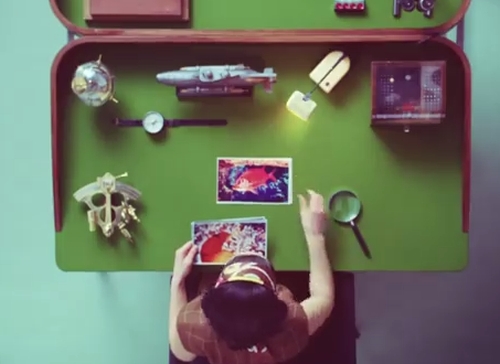 Citizen is a brand that’s been at the forefront of watchmaking innovation since its launch 84 years ago. However the word ‘since’ isn’t favoured amongst employees at the Japanese watchmaker. They are proud of their past, but are always looking ahead at how to make things better and continue bending the rules of possibility. And it was this premise that inspired the brand’s first ever global campaign, ‘Better Starts Now’. Created by Wieden+Kennedy Tokyo, it features a glorious through-the-years style spot that was shot by Dutch filmmaker Johan Kramer on cameras that are reminiscent of the eras they are representing. LBB’s Addison Capper spoke with W+K Tokyo ECD Michael Farr to find out more.

LBB> What was the brief like that Citizen initially approached you with and what were your thoughts when you saw it?

MF> Citizen wanted us to find their voice and tell their story to the world for the first time. Briefs like that on globally recognised brands don't come around very often, if ever. When we started digging, interviewing the employees and finding out what a remarkable yet humble company we were involved with we knew it would be a great story to tell.

LBB> This is the brand’s first ever global campaign. Strategically, why was now the right time for it?

MF> The world these days is an increasingly small place so if you have something great to say and a great story to tell then there’s no limit to how many people you can touch. We wanted this global campaign to be consistent in how we’re telling our story wherever we are.

LBB> Prior to the campaign’s production, you spoke with Citizen employees from around the world. What kind of things did you hear that really stood out and led to the campaign we have here?

MF> First of all there is a real passion that runs throughout the company. They truly care about making great watches even better. It’s noted within Citizen that they tend not to use the word ‘since’. They are proud of their heritage but watchmaking for them is not about standing still and making the same thing ad infinitum. It’s about keeping pushing and moving the boundaries of watchmaking. A typical story concerns the watchmaking process itself. Citizen didn't trust the quality of the standard machines so they developed their own machines. In effect they now also make the machines that make the watches. We felt that was truly amazing attention to quality and innovation.

LBB> From where did the ‘Better Starts Now’ brand message come from?

MF> It all comes from Citizen’s consistent and on-going desire to make their watches better. There have been many success stories over the past 84 years. Impossible sounding things like making the titanium even harder and making watches that can talk to satellites. But after each of these successes they’ve gone back and made each of them even better. This never-ending cycle of improvement is part of their make-up.

LBB> The film depicts different advancements in watchmaking by Citizen over the years. How did you go about representing each time period?

MF> A mixture of great set design and a well-researched wardrobe. On top of that we used the correct filming equipment for each scene. Director Johan Kramer is a collector of vintage cameras so when he had the idea to film using his collection we jumped at the chance, as it really made each sequence feel true to that particular period.

LBB> What else can we look forward to from Better Starts Now?

MF> Better Starts Now isn’t just a branding exercise. It’s the way the whole of Citizen works. That means there are always real, interesting stories to be telling about the brand. There are some exciting innovations on the horizon and Better Starts Now just gives us a great lens with which to talk about them.