Behind the Work 3.5k Add to collection 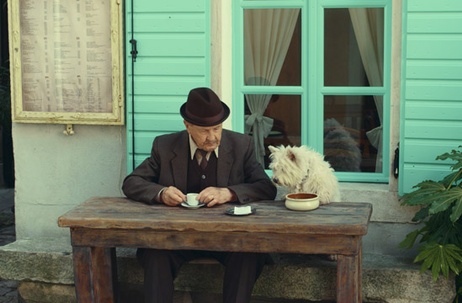 They say there are cat people and dog people. Well that may be true but ‘Journey’, the new spot for pet food brand Cesar, is likely to bring out everyone’s inner dog lover. Rattling Stick’s Andy McLeod and AMV BBDO’s Diccon Driver and Alan Wilson talk to Addison Capper about working with Rust and Bone cinematographer Stéphane Fontaine, the beauty of Croatia and getting to grips with the finer points of Macedonian.

LBB> What was the original brief from the client like and what were your immediate thoughts when you saw it?

AMV> This was the first refresh of Cesar’s advertising for five years, and we knew from working with our client Miranda Sambles that she would push us to create an impactful campaign. With that in mind, we saw the brief as an opportunity to bring something different to the category. We wanted to create a campaign which owners can truly relate to and which really showcased that dogs are much more than pets to people; they're friends and companions that give unconditional love. We really wanted to get under the skin of these relationships and bring that emotional bond to life in the advert.

LBB> Where did the shoot take place and why was it the right setting for this kind of story?

AMV> We filmed the commercial in North West Croatia. We wanted it to feel relaxed and charming, without being overly familiar. It’s a beautiful place and has really interesting historical architecture. It was the perfect setting for our story and helped bring the relationship between the owner and his dog to life.

LBB> Why was Andy McLeod the perfect man to shoot a heart-warming spot like this?

AMV> Andy’s an ideas man, they always make great directors. It’s irrelevant whether it’s comedy, action or an emotive piece of film like ours.

Most importantly, he really got our vision for the campaign. From the very first meeting he had a strong cinematic look in mind. Then he brought in Stéphane Fontaine (The Beat That My Heart Skipped, Rust and Bone) as our cinematographer. Once he was on board we knew it was going to look stunning.

LBB> Strategically, what you think this new campaign will achieve for Cesar as a brand?

AMV> The essence of the Cesar brand has always been rooted in a special understanding of the unique relationship between owners and their dogs. With the new campaign we wanted to refresh the brand by capturing and celebrating this bond in a heart-warming way. It’s much more than ‘pet and owner’, it’s about friendship and companionship. By depicting the relationship in this way, the campaign has generated a strong emotional connection with dog owners.

LBB> What were the most challenging aspects of the project and how did you overcome them?

The dogs and their handlers were fantastic, but the dogs of course have their own personalities and won’t do everything you expect of them on every take. Fortunately, we had a great production crew with a lot of patience who were really passionate about the campaign.

“I just thought it was a lovely little story about a man and his dog. It was a beautifully written script; they’d really captured a poignancy. In a way the dog has taken the place of the old man’s dearly departed wife. It’s all about that relationship. The everyday-ness of it. The two of them are so easy in each other’s company. If dogs could speak you’d say these two finish each other’s sentences.

We needed to find a guy who was believable in that relationship.

In some ways it was a tricky shoot. Our guy was 85 years old, slightly deaf, slightly blind, had never acted before and only spoke Macedonian. I didn’t even know that was a language. So trying to get him and the dog to do what they were supposed to do at the same time was occasionally a challenge.

In fact we had two identical dogs. One was good at all the little nuanced reactions we needed, and the other one...well the other one was quite good at walking in a straight line.

The town in which the journey takes place was actually three hill towns, found for us by Mainframe Productions in Croatia. Stunning locations which were made even more beautiful by DOP Stéphane Fontaine, who was great. It was a total honour to work with him.”