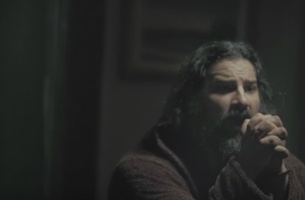 La Croix, the daily French Roman-Catholic newspaper, has been suffering from an identity crisis.Many hold the opinion that it’s full of religious propaganda when it would argue that it's a general interest publication that covers all topics from sports and health to economy and politics. La Croix recently went through a visual face lift and editorial reorganisation to help change the views of the French public. To support the change, they enlisted BETC Paris to create an accompanying film. The result is a real little, comedic gem, conjured up by one of the agency’s youngest creative teams, Clara Lafuente and Nicolas Prado,under the supervision of President and CCO Stéphane Xiberras and Creative Director Damien Bellon. LBB’s Addison Capper caught up with the team to findout more.

LBB> When you were researching and planning for this campaign, what did you discover about public perception of La Croix?

BETC> We found thatthe public, like ourselves, had a lot of prejudice about La Croix. Luckily, itwas also seeing how widespread the preconceptions were that led to the creativesolution.

LBB> Did you discover anything particularly surprising / interesting during research and development?

BETC> The most interesting and surprising part for us was to actually read La Croix! Most advertising creative solutions rest embodied within the product itself. So theparticularly interesting thing was that La Croix, despite being a Catholic newspaper, was actually a very good source of general news, finance, culture and, of course, sports.

LBB> Obviously some of the readers will be quite devout in their religion - how tricky was it to tow the line of being humorous but also respecting the views of the readers?

BETC> The ad, like La Croix, just invites people to open their minds and hearts, which is exactly what religion should be about. Religion is a very touchy subject in advertising,a bit like politics, as it is something very personal but also related to a dogma.However, as Chaplin and many other prove with brilliance, humour is a very powerful weapon, and moreover a universal one.

BETC> We didn’t know much about the paper’s new graphic profile when we were briefed, so it didn’t impact the creative direction. And we instinctively knew that we had to treat the subject as a symbol, an intellectual demonstration, rather than a simple object.

LBB> How did you approach the campaign, strategically?

BETC> The new slogan“La Croix, it’s not exactly what you believe” (in French it’s a pun; “La Croix,ce n’est pas exactement ce que vous croyez”), already came to us during the second internal meeting. We just thought of it as a concept to begin with but then when we tried to find a strap line, that phrase remained the best. Somehow, the line was the strategy in this case.

LBB> Why did you decide to focus on the sport aspect?

BETC> We did a few different ones but sport turned out to be the funniest way to show that La Croix is about more than what meets the eye.

However, that said,football is a sort of religion, right..?

LBB> From a creative perspective, what were the biggest challenges in developing the spot?

BETC> To find a bathrobe that looked like a monk’s frock!

LBB> What was the most memorable moment from the creative process?

BETC> When we were got the brief, everyone in the creative team just gave each other a perplexed look.In hindsight, that puzzled look was the first expression of the concept and we used that memory throughout the creative process.