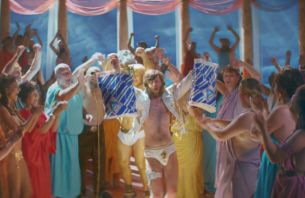 What are the Greek Gods getting up to now that it’s the 21st century? Partying hard suggests this brilliantly over-the-top, absolutely bonkers ALDI spot by German agency Oliver Voss Werbeagentur and Czar director Andreas Nilsson. Unfortunately, Zeus, Medusa, the Cyclops and co have their party plans interrupted. Turns out their chocolate chickens and doughnut baths are drifting over budget. ALDI saves the day.

LBB> What were your thoughts when this job first came in?

AN> This is bonkers and I have to do it. Simple.

LBB> There are a lot of styles going on! A bit of glam rock, classic, a touch of the Harry Hamlin films. How was it for you as the director to make them all collide? How did you ensure there was that ‘collision’ but without it being too messy?

AN> I wanted to make sure it felt like Olympus 2.0, the way I imagine the Greek Gods look like today. The decadence of Studio 54 led by a crazy sexual white Rick James mixed with the traditional mythology. A bonkers world of gluttony. With that vision for it I never really worried about it being too messy.

LBB> There’s something really intriguing about the grade, but we in the office can’t put our fingers on it. What were your aims with that? Who was the colourist and what kind of conversations were you having with him/her?

AN> It was done by the colour-wizard Hannibal at Bacon X in Copenhagen and we wanted it to have a technicolor feel and for the colours to communicate excess. We wanted the grade to be something Donald Trump would look at and say, ”I like it, but can I have some more gold please?”. Thomas Hardmeier was the DP and he did a great job making life easier in post.

LBB> Let’s be honest, it’s a pretty far out, bonkers piece of film - in a totally good way! How was the client? I guess today it takes some balls to roll with something like this.

AN> It’s rare with clients that dare to take risks like this so hats off to Aldi and Oliver Voss. I felt there was a big trust and willingness to make something that stood out and that is a sign of a good relationship between agency and client. They have worked up a good flow that allows projects like these to take shape. I’m excited to see what’s next for this client.

LBB> I love each of the scenarios… the spaghetti being eaten in a bath of doughnuts, the huge piece of meat doused in chocolate, the skeletons. How did you decide which Gods and monsters to feature? And then what inspired each of their party attire, personality and character design?

AN> Thanks. I love working in Bucharest, they have really skilled builders and they know how to make it the old school way. A key figure when creating this was obviously Dave Lee who is the production designer. Since we were blending classic mythology with some unexpected elements it was important to try and use the characters that had an immediate visual read and are recognisable to the audience as characters from Greek Mythology. Like Medusa, Cyclops, the skeletons from Jason and the Argonauts.

LBB> I LOVE Zeus. What a guy. Who plays him and what kinds of conversations were you having with him? What inspired such a wacky version of the Greek God?

AN> He’s an English actor called Colin Michael Carmichael. In the call backs he told me he was hung like a shire horse which inspired the costume designer Selina Wong to design something that would really take advantage of his gift. Colin is a great improviser with fantastic timing. An actor that constantly gives you variations. Actors like that make my job very easy.

LBB> The music is awesome too - a bit of digging has led me to learn that it’s considered the first ever Detroit techno track. That bit of geekery made me like it even more. How involved were you in that? How did you land on the tune and why was it right for the film?

AN> Sharevari is considered the first techno track and is one of my all-time favourites. It has some lyrical themes that worked really well with the story plus it had that Studio 54 tone the spot needed so I decided on that track in advance and we played it when shooting. It kind of grew into the project, so when the edit process started it was already a big part of the tone of the spot and we just kept moving in that direction.

AN> I felt bad for the Cyclopes. We had a glitch in the schedule so he had to walk around in make-up that completely covered his eyes for five hours. We kept him happy by feeding him with egg yolk. 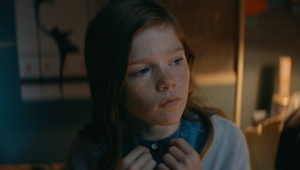 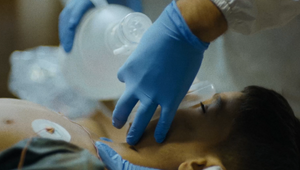 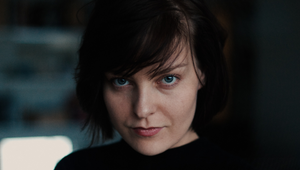 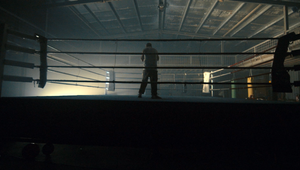