Your Shot: A Heart-Wrenching Look at the Root of Toxic Masculinity 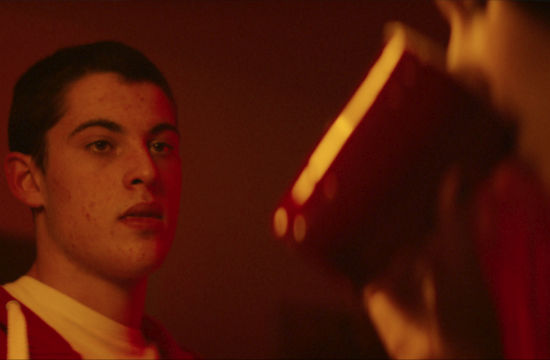 National research in Canada has found that one in five students is affected by bullying and half of all women have experienced at least one incident of physical or sexual violence since the age of 16. Advocacy group White Ribbon, which was launched in 1991 long before toxic masculinity was such a prominent topic of conversation in the media, is looking to end that with this startlingly potent PSA. Created by Bensimon Byrne and directed by Oscar-nominated director Hubert Davis (who's repped by Untitled Films in Canada), the film show the transformation of a boy from infant, free of the constraints of adulthood and masculinity, to a young adult capable of committing an awful act of violence against a woman. The video calls on viewers to visit www.boysdontcry.ca to learn more about how to promote healthy masculinities, prevent bullying and contribute to a future without gender-based violence.

LBB> Why were you keen to make this film for White Ribbon?

Joseph> White Ribbon is an amazing organization. The fact they were founded in 1991, well before toxic masculinity was a prominent issue in the media, gives them so much credibility. They have spread to 60 different countries since starting in Toronto.

We were also motivated by the startling statistics about gender-based violence. National research has found that one-in-five students is affected by bullying, and half of all women in Canada have experienced at least one incident of physical or sexual violence since the age of 16. After we heard them talk about what they hoped to accomplish, we felt a very strong responsibility to help educate as many people as possible about the root causes of gender-based violence.

LBB> Why did you choose Hubert Davis to bring this film to life?

Joseph> We knew once we had the script that we needed bring it to life as authentically as possible. Hubert Davis is an Oscar-nominated director. He has two sons himself, and cares as deeply about this cause as White Ribbon and the agency. His filmmaking is so nuanced. It’s not easy to show the transformation of a boy from an infant, free of the constraints of masculinity, to a young man who develops into someone capable of committing a terrible act of violence against a woman. Hubert was able to work with the actors portraying our boy at various ages to get such raw performances.

LBB> Hubert, what were you thinking when this job first came in and why was it something that you were keen to get involved in?

Hubert> The process for this one was a bit different in that it really started with an initial conversation with White Ribbon (My wife Kelly Davis is on the White Ribbon board). From that initial meeting I had a conversation with Joseph Bonnici at Bensimon Byrne - who I’ve had a great working relationship with so was very excited knowing what they brought to the table. Bensimon came back with a powerful script and it all went from there. I was excited because I felt like the approach was really smart and I felt like stylistically it was something I could really run with.

LBB> Toxic masculinity is a big topic of conversation at the moment, especially within advertising due to Gillette. Why is it such an important topic and how do you see this fitting within the conversation?

Hubert> I had actually never heard the term 'toxic masculinity' before my first conversation with White Ribbon, but going through this process I’ve found it a really important topic - in particular for young men. I have two sons, and as a parent it’s been really helpful for me to try and learn so ultimately, I can be a better dad.

LBB> What are you hoping people will take away from it?

Joseph> We would like for us all to begin making a connection between the way we raise young men and the potential consequences. It’s about sparking a conversation about the importance of healthy self-esteem, compassion, and emotional intelligence in boys. The current definition of masculinity is so rigid. We looked at a series of studies when we were researching gender roles and found charts that expressed the range of emotions men can feel in colour. As an infant, a boy is able and allowed to express such a wide spectrum of colour. But as he develops into adolescence, the number of emotions dwindles to just a few. When we saw masculinity through that lens, it really impacted the direction of the creative.

LBB> What kind of conversations were you having with the actors to get the performances that you wanted?

Hubert> I think working with kids in situations like this - it’s always tricky, because there was some very sensitive material and difficult scenes. But I think a smart thing was to really be upfront with everyone to tell them what the project was about so they understand why we were shooting what we were shooting. I really enjoyed working with all our actors - their performances is really what carries the film and gives it the impact it has.

LBB> What was the atmosphere like on set and the shoot overall?

Hubert> The atmosphere was an interesting one. Generally, I like to try and have a pretty calm set, where people feel comfortable and therefore I think are more open to do their best work. But of course there were some very tense scenes in the short, so at times we had to lean into those uncomfortable moments. I really have to credit the actors for being open play in some of those scenes and to our DP Kiel Milligan for working with me to capture those moments when they happened.

LBB> Aesthetically, what were your main aims and ambitions here?

Hubert> I really wanted to find strong sense of naturalism overall. Aesthetically, we also wanted to use a strong colour scheme throughout the boys life so that we tied colours to emotions and as the film went on the boy’s spectrum of colours/emotions becomes smaller. That was something that came out of the research, the idea that boys by the time they are teenagers have learned there’s a smaller spectrum of emotions that are ‘appropriate’ to express as opposed to when they are young. I thought that was a powerful concept to express.

LBB> The Narrative PR team has been busy working on a social campaign for this film, and a number of notable and influential people will be sharing it on anti-bullying day. Can you tell us more about that?

Joseph> The response has been amazing. Building up to our launch on Canada’s national anti-bullying day, we wanted to create a coalition of supporters who felt as passionate about the film and its message as White Ribbon.

They include a broad range of influential voices, including the mayors of Toronto and Ottawa, the Toronto Maple Leafs, a pre-eminent Canadian parenting expert, as well as academics and educators from Canada and abroad. Monica Lewinsky, a leading voice in anti-bullying activism, has also expressed great interest in the video.

LBB> Addressing toxic masculinity has been in the news lately, most recently with the Gillette spot. How do you see "Boys Don't Cry" contributing to this conversation?

Joseph> All men don’t act the same, of course. ‘Boys Don’t Cry’ is one boy’s story – but it’s a story we know is repeated in various ways for boys everywhere. Our goal with the PSA is to spark a conversation about what can happen when boys are forced to live within rigid gender stereotypes – and to provide an opportunity to discuss the damage these stereotypes can ultimately cause if we don’t address and confront them. White Ribbon has always approached the problem from the standpoint of education. That’s how we hope to contribute.

LBB> Tell me about the shoot? Any insider stories? Anything interesting happen on set?

Joseph> The shoot itself was as bare bones as it gets. A tiny crew, moving quickly from scene to scene. Obviously, there were some very intense scenes to shoot. I think one of the most interesting aspects was watching the young actors of various ages learn about toxic masculinity as the shoot progressed, and seeing how much they related to the script. One of the boys in the spot has actually been part of our launch, doing interviews and giving his perspective and personal experience with toxic masculinity. 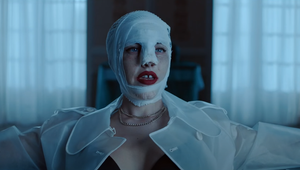 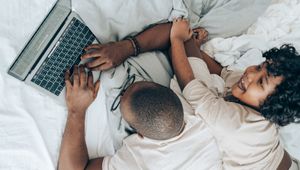 Is Working from Home Dulling Our Creative Spark? 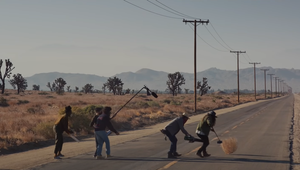 Kim Gehrig Makes Movies Like the Movies for the iPhone 12 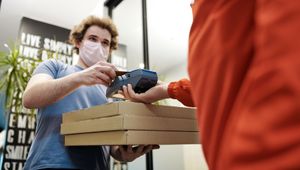 Brand Insight: How a Canny Approach to Risk, Data and Purpose Helped Steer Mastercard Through Lockdown
View all News 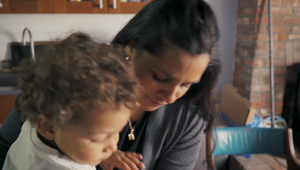 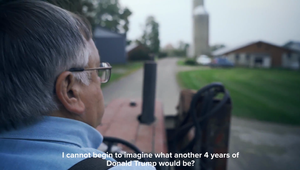 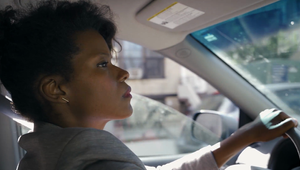 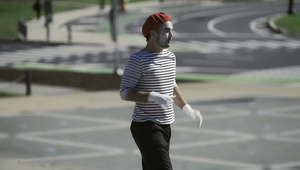