Your Secret Weapon for 2016 That No One Else Knows About 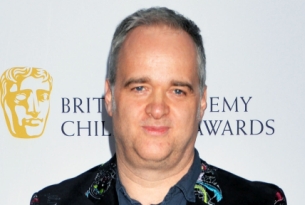 The big living room TV – and the TV commercials on it – were central to advertising in the 1960s. And a glance at the budgets for TV commercials suggests that they still are.  And maybe this is not so crazy. After all, as the CEO of Apple recently said "This really is a golden age of television.”

But of course he added a “but”. “But as important as TV is, the TV experience hasn't changed in decades. The television experience has been standing still while innovation in mobile has been racing ahead."

With that, he unveiled a device, which is your brand's secret weapon for 2016. And the good news for you is that – judging by the trade papers – it appears that no one in advertising apart from you has heard of it. It only came out last month, and they haven’t caught up.

But as you know, it's a device that lets people sit back and watch your fantastic content on their beloved giant screen TVs. And then, while you're playing on their heartstrings, you can invite them to buy things. But to make a purchase, they don't have to go to a second screen that breaks the spell. They don't have to Google your client’s product and in the process find it second-hand on eBay. They just have to click on their TV remote control. Eeeeasy.

Two huge early adopters of the device are Sotheby's and QVC. Already they are discovering that it’s a great way to sell stuff.

J.P. Morgan predicts that 24 million units of the new device will sell over the next year. And that's just the start. Apple's CEO says that "we believe it is the future of television". And of course when the world’s most valuable company believes something, it has ways to make its beliefs come true.

But there’s a problem.

As you know, this device won’t accept banner ads. And you can’t just get your media people to buy a million pre-roll slots on it. So you need to make something people actually choose to watch. Tricky. And once they’re watching, you need to make them want to do something. Much trickier.

A company called UNIT9, which I direct films for, knows how to do this sort of thing. Just two weeks ago, we won a BAFTA. It was for a film that people choose to watch. And which charmingly gets them to do things while they watch. Exactly what you need for this new device.

So why not drop us a line? My email is martin@unit9.com . And let’s do something with your secret weapon for 2016 before the others find out about the new Apple TV.

Martin Percy is  a BAFTA-winning multi-platform director at UNIT9