Your Outrageous Media Spending Is Beginning to Look Like a Joke

The Influencers 551 Add to collection 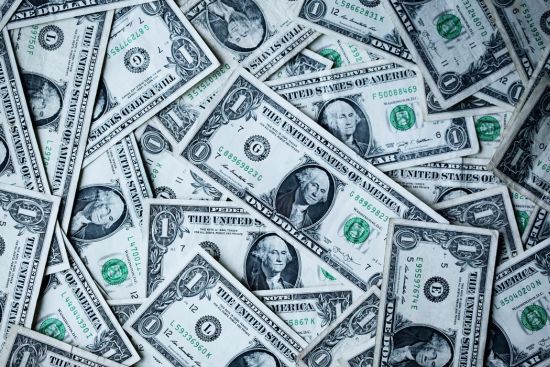 Before the internet and big data: Average ads with average creativity - all equal, the biggest winners had the biggest guns (media spend).

Today the wars have morphed into something like this:

Something clearly isn’t working when we’re getting better than ever at interrupting, at finding the right person, the right time, and the right place but are completely missing the mark with serving them something they want to engage with… aka actually being relevant. 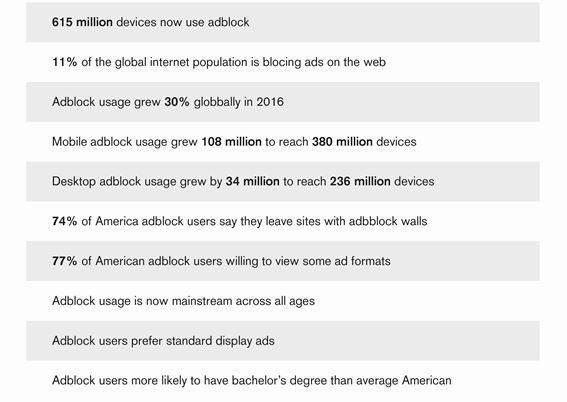 Source: The state of the blocked web - White paper

I went to a very interesting talk by PJ Pereira a year ago that helped validate a theory I had been toying around with for some time. In a media world where consumers are spending money to avoid our work (think adblockers, ad free subscription services etc.), wouldn’t it be more effective to put more of our eggs in the production basket than in the interruption one?

“By 2022 Amazon’s original content spend will have surpassed $8 billion, while Netflix’s will be approaching $7 billion and Apple’s will be more than $4 billion”. - This is already out of date, for Netflix will already be spending 7.5 Billion in 2018. But you get the point.

Netflix’ revenue for 2017 was 11.7 Billion and is expected to bring in 15 billion in 2018. And their marketing budget for 2018 is set at 2 Billion. But in chairman and CEO of Netflix Reed Hastings' words, “Our sort of Holy Grail dream is that the service was so good at promoting the new content in such relevant ways that we wouldn't have to spend externally."

So, this week, after seeing how much Netflix, Amazon et al will be spending producing content that people are willing to pay to watch… I decided to also check out how much brands are spending to interrupt people. 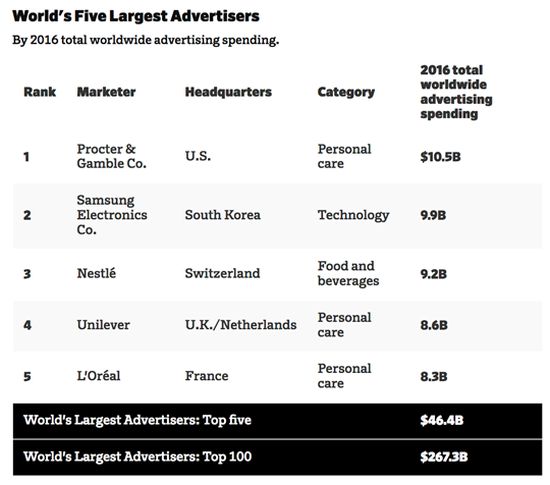 Give that a thought for a bit. Let that sink in. And then let me ask you: why aren’t these tycoons spending their money producing things that have been proven to be so effective for others?

Or from a better angle, why are we finding new ways - and spending billions - on geolocating, segmenting, retargeting, and straight up pounding on people’s doors for them to listen to the bullshit we have to say, bullshit that they tell us they don’t want to hear… when we could be giving them something they’d actually enjoy engaging with?

Some of PJ’s suggestions came straight from his learnings from Hollywood: "Interesting first, effective second. People aren’t giving us their time, then we must spark their interest no?"

How do we do this?

Flip the budget from 20% production spend and 80% media spend to 80% production and 20% media. Use that money to bring in the right names (aka directors, actors, screenwriters, special effects people and a long list of etc).

Bringing in the right names will bring in the right consumers. And then, realise there are great ideas everywhere. What’s hard to find are the people that can get an idea from great to brilliant.

Let’s take 2016's Sausage Party as an example. Could PepsiCo, P&G or Unilever have signed this film as a way to bring their brands closer to millennials and Gen Z?

It is the most successful animated R-rated movie of all time. With a production budget of 19 million, a gross revenue of 140.4 million and a net profit of 47.06 million it doesn’t sound too outrageous, does it? It doesn’t sound too outrageous for conglomerates like these to start experimenting with models that allow them to re-invest profits from the content they create to keep on producing work. That 47.06 million in profit could have been two and a half additional films. What is keeping us from moving with the times?  Or at least, from trying new formats that don’t have interrupting people at the core of their tenet?

I don’t know man. From my perspective, it’s really sad to see you throwing all this money away on work that people barely recall, and on media where people are moving on to the next thing before you've finished what you were trying to say.

Maybe give this new model a shot, and you’ll be able to one day proudly wave your ROI flag in your board meetings.

A burnt out adman.