Trends and Insight 103 Add to collection 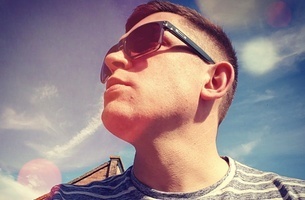 Back in 2014, my partner and I came to the conclusion that we were sick of the same stagnant music chart that is called the top 40. We decided then that we would turn our backs on this chart and create our very own weekly ‘new and interesting music chart’ - full of excellent music that simply isn’t getting the attention we think it deserves.

For the last year it’s been my mission to share this chart with you on LBB – so here is our top 10 of this week for you to enjoy!

Duo Kaleida have been turning heads with their ethereal, stripped down style of electronic pop ever since they released their first single a few years back. I’ve chosen their remixed version of “Meter” as the first on my playlist this week which has been remixed by Mr. Dan (aka Dan Carey), who's worked with artists like Bat For Lashes and Kate Tempest.

NYC-based duo The Golden Pony have been constantly developing and improving their sound since they first exploded onto the scene in 2014. This year is shaping up to be their biggest year to date with monthly releases on some of the world’s most exciting dance music labels and a packed touring schedule. Their track “Winter In Berlin” has been out for a few months but I’ve only just discovered it and thought I would add to our playlist. It has a dreamy melody and features infectious vocals from Suntalk – a definite one for your playlist.

KWAYE is a London-based, Zimbabwe-born artist who is the latest signing to the Mind of a Genius roster. His track "Little Ones" is a sleek pop song with a slightly retro feel; Part Prince, part Sade and part Blood Orange. KWAYE takes all the most flavoursome elements of 1980s synth-pop and R&B and sprinkles it with originality, pushing it into the present day. This is only the second track and video KWAYE has released (the first was the equally addictive ear-worm "Cool Kids"). So, have a listen to "Little Ones" below and prepare for your new obsession.

Other faves on my playlist this week is “Hell” by Eliza and the Bear, “Magnetic” by M.A.N.E, and “Eyes Wide Open” by Scavenger Hunt.

Rob Dunham has been a producer at A-MNEMONIC Music since 2014 - previously working in the TV dept at Havas London, and also McCann London and Radical Media.

Listen to my playlist this week below: