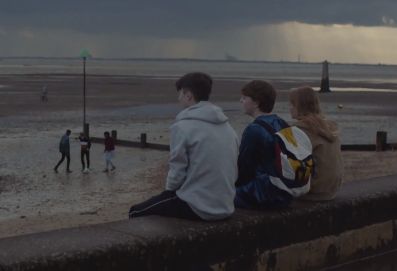 McDonald’s UK has launched the final ad in its latest campaign highlighting how its new customer experience is making its customers’ lives easier.

Created by Leo Burnett London and directed by Sara Dunlop through Rattling Stick, the wistful film follows two teenagers who connect through the McDonald's app.

"The agency script was a similar little love story, apart from it was all told from the boy’s perspective, seeing him lust - I mean pine - after a girl he is too scared to approach," explains director Sara Dunlop. "I thought it would be a little more interesting if we saw the story from both perspectives - that they both like each other but neither realises and neither has the courage to do anything about it. Until she does with the help of the new McDonald's app. I seeded in a little motivation for this with the scene where she notices he wants an ice cream but his mates ignore him. In the very last shot, you see a flicker of insecurity about what she has just done, which I really like. The agency and clients were great at going with this new approach and we collaborated on all the details together."

Leo Burnett were keen to shoot the campaign outside of London, opting for a classic British seaside town. The team eventually settled on South End on Sea, but opted to make it look like it could be anywhere in the UK. According to Sara, they even gave the town a fake name in all the signage, Normthorpe. "There are three commercials in the campaign and characters from one spot subtly appear in the other," Sara reveals. "No real reason for this, we just thought it would be nice and add to the small town feel if anyone noticed."

Commenting on the casting choice, Sara explains: "Casting was all thanks to the brilliant Kharmel Cochrane, who leaves no stone unturned, through a combination of street/social casting and more traditional actor castings. We even cast in several McDonald's as we scouted possible stores to shoot in. It really is the hang out of choice for a lot of teenagers.

"In casting I always saw the teenagers in groups as it was important to get the dynamic right. Stevie, who plays the hero girl, had never acted before and her shyness and reluctance to be an actress was in complete contrast to some of the more confident characters, and helped her stand out. By the end of shooting they were like a real gang, constantly teasing each other and cracking up. I mean I couldn’t shut them up!"