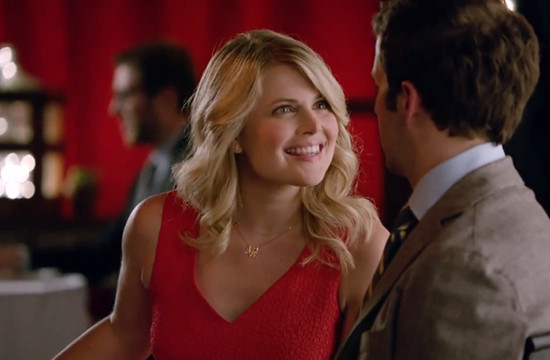 Last year, Y&L and Schlage’s “Key to Strong Challenge” fueled audience engagement via a digital and physical scavenger hunt, leading to a 110% increase in traffic, and a 30% increase in new visits to the brand’s website in media markets vs. non-media markets. This year’s effort reinforces Schlage’s engagement strategy via a brand new approach—an entertaining social media campaign and TV spot.

The spot follows a man standing in a home improvement store, contemplating which lock to buy. The ad suddenly cuts to a flashback of his recent, ugly breakup, where his ex-girlfriend makes a scene and tells him it isn’t over until she says it’s over. He snaps back to reality as a salesperson explains the merits of a strong Schlage lock, and without hesitation he says, “I think I’ll take the Schlage.”

The eleven vignettes will live on Schlage’s YouTube page, and will be distributed through the brand’s online channels and social media networks using the hashtag #SchlageMeansStrong. The content will also be supported by six Vine videos distributed via the Vine app.  To house the content and further the campaign, a custom Tumblr page will highlight the videos and all manner of “strong” things—everything from strength-related memes and Spotify playlists, to tips on making stronger coffee.  The page will also feature user-generated content so fans and followers can create their own Vine videos, incorporating the “So Strong” theme.

“As we look to increase engagement with our consumers, we continue to find new channels to connect with them through," said Ann Matheis, Schlage Brand Director. "We know locks are something people don't spend a lot of time thinking about, but we feel this relatable content will help keep our brand top of mind."

“While television is obviously a dominant medium, we're also looking for alternative media forms to create conversations about brands,” explained Y&L’s president, Tom Denari. “On the social channels, it's not enough to provide status updates or static content. For someone to engage with content about locks, these videos had to be as humorous as any video out there, yet still connect to the core positioning of 'strong.'”