Studio Lambert launches campaign in partnership with the Electoral Commission 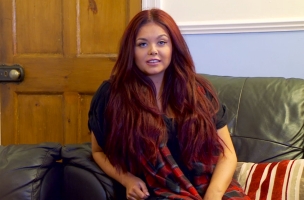 Channel 4 has announced an exclusive ad campaign in partnership with the Electoral Commission starring the young cast of Gogglebox, Channel 4’s Friday night hit series. The bespoke 30 second ad launched on Friday 27th March 2015 during an ad break in Gogglebox from 9pm.

Goggleboxers Scarlett, Tom and his brother Shaun, Eve and ‘Silent’ Jay share with viewers their experiences of registering to vote and explain why it’s important to be registered ahead of this year’s General Election.

Gogglebox’s narrator Caroline Aherne provides the voiceover for the ad which ends with her telling viewers against the backdrop of ‘Silent’ Jay, “Don’t stay silent, your vote matters – make sure you’re in, register to vote before 20th April.”

The ad will run across Channel 4, E4, 4Music and All 4 (Channel 4’s new digital TV service) for three weeks.

The partnership was managed by Channel 4 Sales and Carat, and is the broadcaster’s first partnership with the Electoral Commission.

Studio Lambert is responsible for the creative – the first time the TV production company has produced an ad. Envy and The Outfit provided post production support.

Michael Abbott, Head of Campaigns, the Electoral Commission said: “Our partnership with Gogglebox is a fantastic opportunity to reach millions of TV viewers and spread the message that the only way to have a vote at the General Election is to be on the electoral register. The show has a particular following amongst young people and we know that 18-24 year olds are less likely to be registered. It takes just a few minutes to fill in a form at gov.uk/registertovote.”

George Peters, Broadcast AV Planning Account Director, Carat said: “To get a key message out to young people in a convergent market with increasing media touchpoints is proving as difficult as ever.  Partnering with key talent from one of 2015’s top and most relevant programmes allows us to get an important message out to an audience in an engaging manner. Channel 4 & Studio Lambert have provided a great platform to be able to do this across TV and VOD.”

Tania Alexander, Executive Producer (Gogglebox), Studio Lambert said: “This was a great opportunity to work with the Electoral Commission and some of the Gogglebox cast to raise awareness of an important cause.”

Jonathan Allan, Sales Director, Channel 4 said: “This partnership is a great example of how clients are using Channel 4’s hugely popular programme brands in order to tap into our core audience of young viewers and deliver a very important message around active participation in the democratic process.”

Gogglebox is Channel 4’s biggest show this year. The series is currently attracting an average of 4.9 million viewers per episode and consistently beats all other channels in drawing the highest share of 16-34 year old viewers at 9pm on Fridays.