Trends and Insight 624 Add to collection 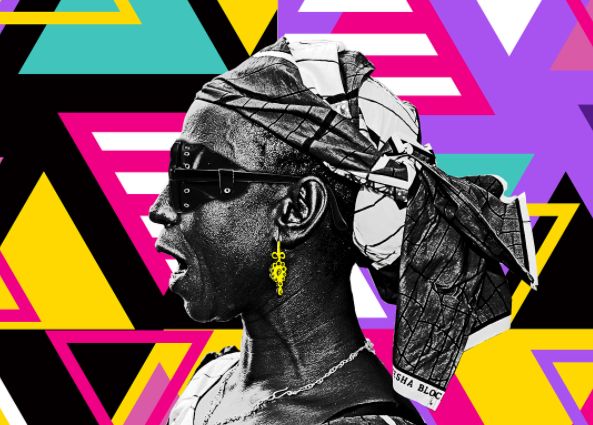 The art of Nigerian illustrator and graphic designer Williams Chechet grabs you by the eyeballs and won’t let go. It’s full of irresistible energy and vibrant colour. What’s more, the mix of cultural influences that blends Pop Art, his North Nigerian roots, Afrobeat vibes, comic book explosiveness, photocopied fanzines and collage makes for a bombastic creative voice.
Williams says that this fusion of cultures and influences was deliberate and his creative heroes include local talents such as Ben Enwonwu, BruceOnobrakpeya, Lemi Ghariokwu as well as the likes of Pablo Picasso, AndyWarhol, Roy Lichtenstein Robert.  "I agree with you that my art combines influence from pop art and more traditional African elements. It was always my plan to fuse both together," he says."I got my artistic voice after a lot of study and research on how I can visually articulate my art. I wanted to make western influenced African art just like the great like Pablo Picasso. I use all forms of art from photography to illustrations." 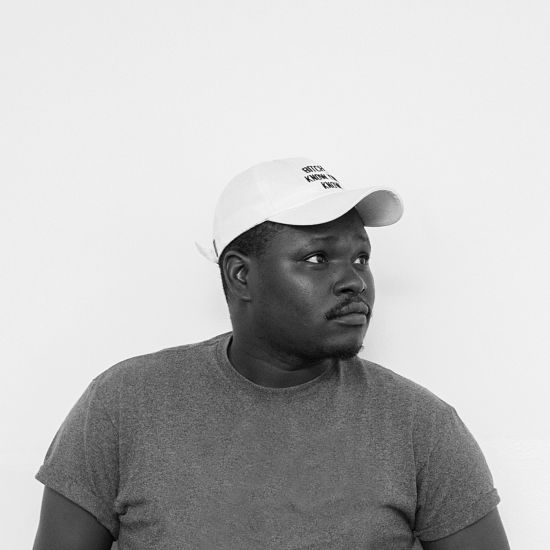 Williams’ route to the art world has been a circuitous one. A keen drawer at high school, he had thought about studying Fine Art, but ended up on a Building Engineering course. He dropped out in his third year to focus on his art – and since then he’s held celebrated exhibitions, been featured on the likes of CNN Africa, has created album covers, and has painted murals for the likes of MTV Base Africa and Hard Rock Café Lagos. He's also moved into sculpture.
"I was a shy restless artistic kid growing up, always drawing comics and watching cartoons," he recalls. "I always engaged in anything creative. Studying building engineering became less fulfilling and I was quite certain I wasn't going to practice after school as I always found time for my art growing up. I got very good at it and after university, I did a lot of research on what I would do if I was to do art and I went into it full time."
This year, his project We Are The North exhibited to rave reviews and is an exploration of the culture of Northern Nigeria, where Williams grew up. "That was my first solo exhibition hostedby Alliance Francais. The illustrations are inspired by northern Nigeria whereI'm from and grew up. Some of my influences come from living and growing upthere so I decided to explore that as a method to tell stories," he says. 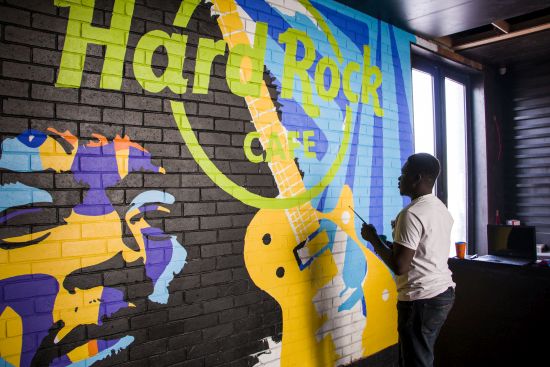 As well as his own art, Williams also works as a creative director for brands and does a bit of product design too. Ever since going freelance, he's found all sorts of interesting opportunities come his way. "I did murals for Hard Rock Cafe Lagos and a live painting for MTV Base Africa within a year of me deciding to go freelance. Going freelance afforded me the time to improve on other aspects of my art. My foundation in graphic design helped out a lot when I started creating murals. I worked at Chocolate City/Loopy Records as a graphic designer and Art director and I designed album and mixtape covers for Nigeria's foremost Rapper MI Abaga and other artistes under the record label." 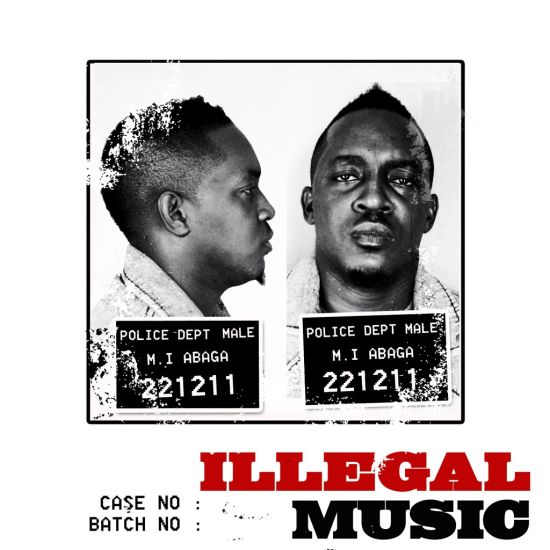 Working with MI Abaga has evolved into a real creative collaboration. "My most rewarding relationship is with the rapper MI Abaga, He actually made me move from Kaduna to Lagos to work with him. Our process usually starts with MI playing the music for me to listen and understand his creative direction to the song or album during the process of creating the project. He also has creative ideas he would like to see visually about a certain project. We brainstorm together for ideas and he also give me the creative freedom to create the cover which I think is a vital key to good creative collaboration. Working with Kahli Abdu, ShowDemCamp, KidKonnect and LadiPoe are also amongst the list of my rewarding relationships, I get to listen to the music first hand while it's in the process [of being made] to before I make the art for the project."
Talking of collaboration, Williams and his work are part of an exciting, thriving creative scene in Nigeria. "The creative scene in Nigeria is reallybig and increasing by the day from music, dance, poetry to art there are a lotof amazing artists in the country," he says.
Looking forward to the rest of the year, Williams has some international exhibitions lined up, so make sure you keep your eye out for that, and he's planning another solo show at the end of the year. 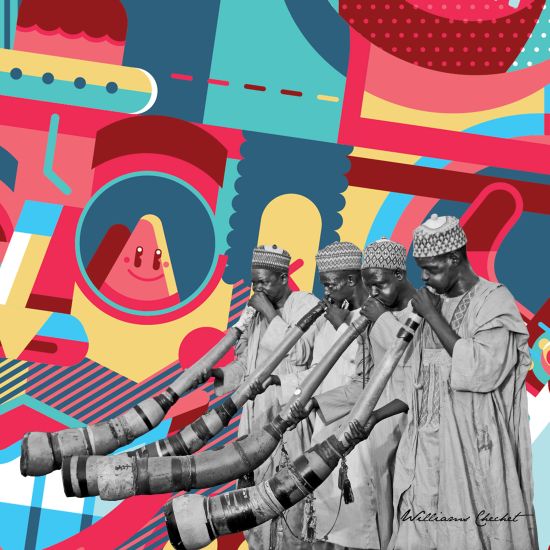 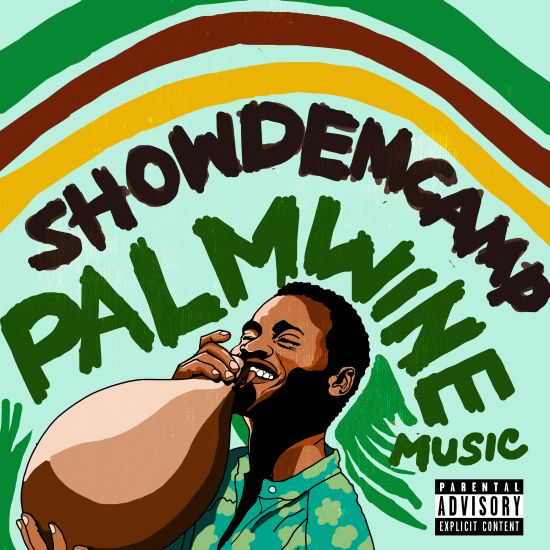 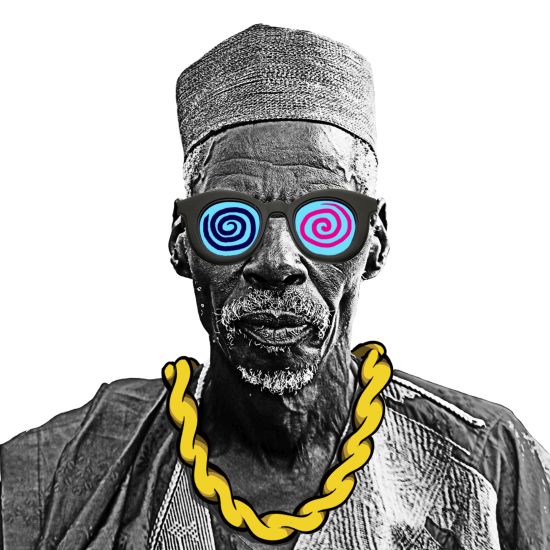 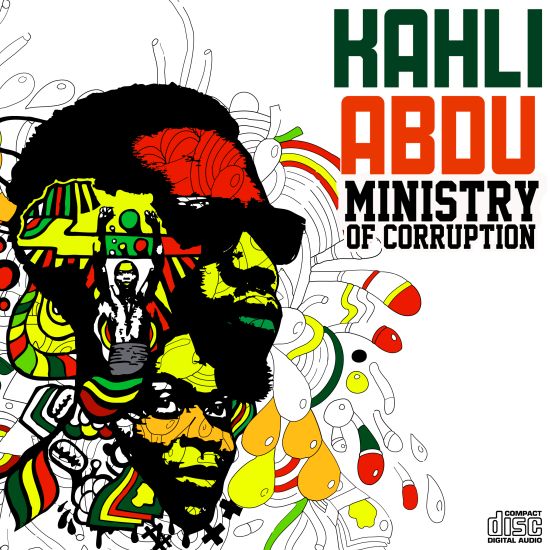 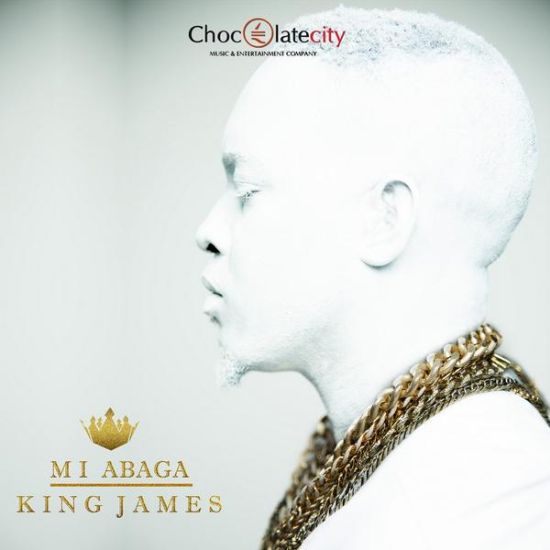 You can see more of Williams' work here.
view more - Trends and Insight