The new ad looks to promote the Playstation Store as the best place to find games, films and music 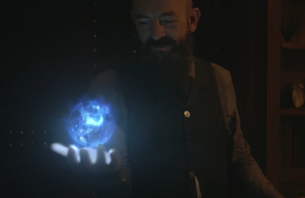 Venables Bell & Partners, together with The Mill, has created a stylish and mysterious new ad for client PlayStation Store. This launched today in advance of PlayStation Store’s 10th anniversary next week. This campaign was created to elevate PlayStation Store as the best place to find PS4 games, movies, music and more.

In the launch spot, “Merchant,” we meet a mysterious storekeeper. With a twinkle in his eye and just a hint of danger, he gives us a grand tour of his emporium, with several video game Easter eggs hidden throughout. Ultimately, the shopkeeper challenges us to choose between triumph and tragedy – and life and death itself.  In the end, gamers "won’t believe what’s in store”.