You Shouldn't Even Be Watching These New Secret Escapes Ads 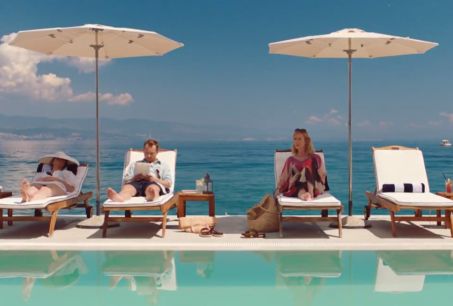 Droga5 London has created a dramatic campaign for Secret Escapes, the members-only flash-sale site for four and five-star hotels and holidays, to reinforce their ‘Luxury Travel for Less’ positioning.

The campaign marks Droga5 London's first work for the brand since winning the account earlier this year. It comprises of three separate films set in beautiful holiday locations, where two strangers sitting next to each other discuss how lucky they are to be there.

Starting with the line, “I shouldn't even be here,” people regale their tales of overcoming adversity, from fighting to the death with a wolf, getting rescued after being captured by pirates and being wrongfully imprisoned.

The holiday makers listening to these stories then vehemently agree that they shouldn't be in their luxurious situation either, but they are with up to 70% off at Secret Escapes.

The campaign launches in the UK and Germany, running on TV and Online Video.

David Kolbusz, Chief Creative Officer, Droga5 London, said: "Thanks to Secret Escapes, luxury travel is no longer just for the loaded. Now everyone can afford these extravagant holidays. With the help of our talented director - Tim Godsall - and a sensational cast, we were able to bring this message to life."

Alex Saint, CEO at Secret Escapes, said: “At Secret Escapes, we make luxury travel accessible and want to show people that they can afford – and deserve – a high-end holiday without a high-end price tag. We’ve reached a really exciting period in the brand’s development, where we’re operating in 21 territories, bringing affordable luxury travel to 45 million members globally.

“With our new TV campaign with Droga5 London, we aim to expand our reach and really encapsulate our mission to inspire the world to escape with our range of hand- picked hotels and holidays.”