You Need to Get on This Shit! 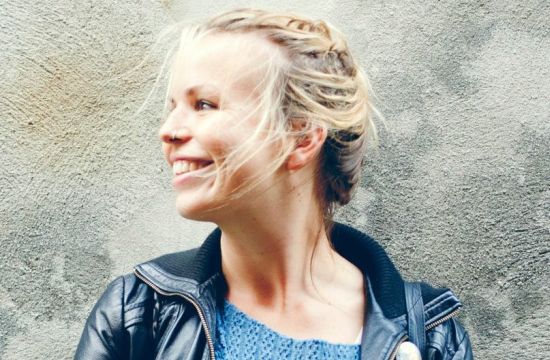 Kara Fraser is an Amsterdam-based writer who spent a considerable chunk of 2013 working her tush off on the coolest apprenticeship on the planet. As one of the lucky six selected for Wieden+Kennedy Amsterdam's 'The Kennedys' programme, Kara got her writerly mitts all over briefs from Heineken, Nike, Child Helpline International and more. Here she talks about her 'rollercoaster' year and shares some handy tips for anyone hoping to join The Kennedys 4.0.

Time flies when you’re having fun, it’s an age-old cliché but one that rings infinitely true. It’s roughly a year to the day that my Kennedys adventure began and as I write this I find myself shaking my head in pure disbelief at the supersonic speed at which the last 12 months have zoomed into the past.

A year ago, Wieden+Kennedy Amsterdam was nothing more to me than the some company that had something or other to do with advertising. Then Facebook (of all things) offered me the dream opportunity I didn’t even know I was looking for. A friend of mine sent me a link to the Kennedys site with the message “You need to get on this shit!” I couldn’t argue with that, so I did. And subsequently set the rollercoaster in motion, little did I know it would be the ride of a lifetime where the downs would be just as exhilarating as the ups.

What can I tell prospective 4.0er’s about the Kennedys? A lot of you have probably read through the site and thought “Sounds cool, but what the hell is it exactly?” I know I did. By all means; do your research, memorize all the Wieden-isms, recreate the push pin wall in your bedroom and (cyber-) stalk previous Kennedys. But don’t for one second think that you have even the faintest clue of what you’re getting yourself into. Let me assure you; you don’t. It’s not something you can prepare for except maybe brush up on your Ping-Pong skills and if you don’t have a caffeine habit I suggest you hit the black gold and get one. The Kennedys will re-define your definition of hard work and after this everything else will seem like a nanna nap. You will work hard but you’ll have a shit ton of fun doing it. You’ll do things you never thought possible, you’ll look back at stuff you’ve made and think “F*** me, did we make that!?”

If you get in, you will spend seven months with five other crazily talented, creative mutants who you will grow to love like siblings, but just like siblings there will come a point when you will probably want to beat them black and blue with a cucumber (we had more than one black eye in our seven months).

Seven months in W+K Amsterdam is like spending too long in the womb, you have no idea how many creative nutrients your brain will absorb. You will come out punching way above your creative weight; this is because of the people you will get to work with, not just in your team but the agency as a whole. It’s a fantasmagorical place full of some weird and seriously wonderful people.

My final words of advice are, follow the rules:

Follow directions (this one is especially handy in Amsterdam)

And shut up when someone is talking.

If you think you can do that, apply.

The Kennedys is a group of six young creatives selected to take part in Wieden+Kennedy Amsterdam’s apprenticeship program. It is designed for creatives of all disciplines who want to join our staff for a period of 7 months so they can learn to create and produce real work. The call for submissions is open until March 16. To find out more and to apply head to http://thekennedys.nl/