You Cannot Unsee the Disembodied Penises in This HandsAway Spot 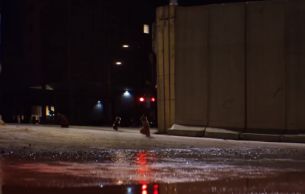 In a current atmosphere where sexism and sexual assaults are massively denounced by more and more women, French start-up HandsAway has launched a video to make its voice heard against sexual harassment.

This film was made using real women’s stories. The campaign by TBWA\Paris aims to point out the trivialisation of sexist and/or sexual language and gestures against women everyday.

Launched over a year ago, HandsAway’s mission is to allow women to give a testimony about their daily life and to collect this data in order to concern public opinion. The app also allows women to speak and build a solidarity network called 'Street Angels'.

Thanks to a tracking system, the app allows users to alert the 'Street Angels' in case of danger by describing the sexist aggression - no matter if you are the victim or the witness. The app allows you to alert, testify and also to comfort victims.