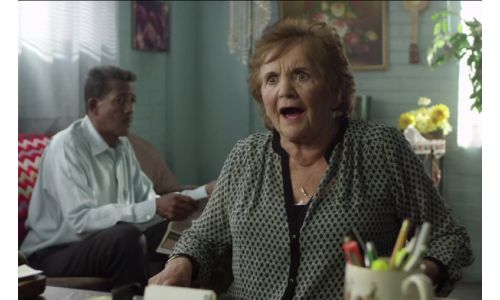 In his latest for film Greenpeace, director Olivier Agostini crafts a comedic story about what people can do to save the arctic. It's not for the faint of heart.

Although the film weaves a very humorous tale, the story it tells, as unlikely as it might seem, is actually based on real events. The narrative unfolds in the office of Gary Stephenson, a small business owner who is passionate about the environment, respects the work of Greenpeace and loves whale music…a lot. He recruits office assistant Dina, a woman a few years past her prime, to embark on a harrowing mission to save the Arctic.

Everything Gary describes as he relates the details of the mission to Dina — the goal of which is to put a banner on the side of an oil rig — actually happened to the Arctic 30, a team of dedicated Greenpeace activists who set out to save Arctic from oil drilling. They were blasted by water cannons, even shot at, and eventually arrested and detained for 12 months in a Russian prison. Actual footage from the real event is shown at the end of the film.

Agostini connected with Greenpeace because they had seen some of his other projects that, in the director's own lighthearted and comical style, raise awareness to social causes, such as water conservation and distracted driving.

"This film is a comedic interpretation of a very serious situation that is currently happening in Russia," says Agostini. "We wanted to draw attention to plight of the Arctic 30 without solely relying on documentary style footage. We hope this film will reach and raise awareness to a broader audience, not just green-minded individuals,  in an entertaining and engaging way."

The film was produced in conduction with production agency Future Camp in association with Brooklyn-based production company Greenpoint Pictures, who represents Agostini in the US.

Title: The Arctic 30 Story Isn't Over